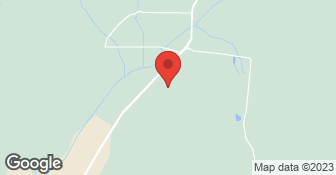 Veteran owned an operated. Rencon Enterprises, is a full service General Contractor,with Integrity, an a Professionalism rarely seen. Shop an office is in McMinville, OR. With 27 years construction experience, we will work with you, not just for you, through every step. We honesty care about customer service, and communication is the key, to all of our long term client relationships. Complimentary estimates.5% discounts to all Angie's List customers. lic# 189991 also previous # 79630...

Robert was great to work with; he listened to what we wanted to do, offered some great suggestions and his crews performed the work in a timely manner. I think what we really appreciated was their flexibility and willingness to let us choose and purchase the materials for the remodel. Like most people we were on a budget and having the ability to pick up that tile we found on sale, or order a specific fixture off amazon was great. We were not constrained by annoying "allowances" (or bogus overage charges) for specific materials because we got to supply the materials. We were also allowed us to do some of the work ourselves which also helped with the costs. The various crews were clean and professional and there was no concern with having them doing work while we were away. A great experience - thank you, Robert.

We had our home resided, including the front part of the garage, last year through the Blue big box store. We had paid up-front in February and work did not start until October. We wanted to finish the garage, but certainly did not want to go through the Blue big box store again. We chose Renovation Construction for two reasons - they are very close to where we live, and the Angie's list ratings. Robert was quick to come and talk about what we wanted done. He provided a detailed estimate, unlike 2 others we spoke with, also contractors on the Angie's List for the area. The workers began on the date he said they would and they finished on time. Their work (using Hardie planks) was much better than the contractors who did our home. They were precise in their cuts and joinery (leaving the perfect amount of space between the planks) and they cleaned up after themselves each day. They removed 2 windows and removed and reinstalled the people door. The garage itself is about 23 years old and the concrete under the door was never smoothed out correctly. We bought the home 3 years ago and have dealt with a wobbly sill since then. The 'guys' smoothed it out and the sill now fits perfectly. Robert returned to review their work and to make sure we were happy with it. We did request a refit of a gate that was reinstalled (a communications glitch) and that was done quickly. We have a lot of work on the inside yet to be done and will be contacting RenCon again. They could improve communications a bit - the e-mailed bid never arrived and a phone call was not returned, but Robert coming in person certainly made up for that.

Description of Work
Residing of Garage

I contacted them twice. They did not respond. I still want the work done, so I'm looking for some else. Even if you are too busy to do the work, would have been a professional move to at least say so. Not sure why you want to be on this list if you don't respond to work requests.

Excellent to work with. Employees friendly and courteous. Great work and the end result is beyond my expectations.

Description of Work
I did a total house remodel with interior and exterior paint, floors, carpentry, cabinets, windows, etc.

Thank you so much Dr. [Member Name Removed], its been a real pleasure to work for you, an we appreciate all the work you have given us. We look forward to working together again Robert
5.0

Great. They were very polite and respectful of me, while living in the home during the remodel. A great group and quality work

Thank you so much [Member Name Removed] its been a real pleasure to work for you, an we appreciate all the work you have given us. Robert
5.0

Wonderfully well. It started out looking like it would be as much as 3 weeks before they could schedule us, due to the response to the Angie's List big deal. However, they contacted me within a few days with an opening due to a cancellation. The job was done in a day. They did unfortunately damage a water pipe as they were removing the bad flooring, but they repaired the pipe at no extra charge to me. I would use this company again.

Description of Work
Removed some flooring that had begun to rot in our bathroom. They then replaced the damaged floor and covered the bathroom floor with Hardyboard so that we could finish the tile work ourselves.

Things were good. The price was pretty good. Their responsiveness was good.

Description of Work
I purchased a big deal for Renovation Construction Enterprises.

At the time of the installation we were out of the country so the contractor was left on his own to install the cabinets that we had purchased. He did an excellent job with figuring out how it all fit together. Upon returning from our trip we were extremely happy with the installation. It was perfect.

Description of Work
Installation of cabinets in kitchen and office

On the one hand, he was very skilled. He did good carpentry work and good finishing work as well. There were a couple of things that frustrated me such as a leaky roof for instance. He guaranteed he would be able to fix it, but when the repair did not take and I continued to experience leaks, he seemingly left it to me to handle. At the end of it all, he and I both lost money for that project. I did end up hiring someone else to install a new roof. Although he did not always stand behind what he guaranteed, he was very pleasant to work with during a very difficult time for me which I was very grateful for. He worked quickly on various jobs and got the job done!

Robert and his crew were amazing! We hired Robert to do a bathroom remodel in order to make it wheelchair accessible. This involved removing a large window where we used to have a garden tub, rebuilding the wall and putting in a smaller window. They proceeded to install a borderless tile shower. It turned out well beyond our expectations. Every day Todd and Andy were there and placed plywood through the yard to protect the grass, tarp on the deck and floors, along with plastic walls. Every evening everything was cleaned up and the deck was hosed off, along with cleaning up any debris on the floors. They replaced our sliding doors with new french doors, which look beautiful and put in a new window in the master bedroom, as well as removing an unused door and replacing it with a smaller window. They also installed new entry doors for us. Robert never seemed to get impatient with my constant requests for additional things to be done. All of them were a pleasure to have around our home and we will be looking forward to working with them again in the future.

Thank you so much for the kind words, you guy have truly been great people to work with!

​ Is a locally owned and operated company established in Northern Oregon. We are a fully licensed, Bonded And Insured Business that is ready to take your property to new heights of beauty and value. We count with an incredible 16 years of experience in the painting and remodeling field. Although there are thousands of companies in the area, none of them measure up to our quality, affordability, and effectiveness. In fact, we are the ones under which others measure their quality standards. Our commitment towards customer satisfaction has been the key to our success. Through the years we’ve earned a large list of satisfied clients who don’t hesitate to recommend us to their co-workers, family, and friends. Our clients choose us over other contractors as they feel 100% satisfied with the services that we provide. We plan on maintaining the excellence, dedication, and skill that make us unmatched.  …

We're a small business of construction professionals. We have 20 years of experience in the area, so We're happy to serve our community  …

Stress Free Junk Removal to help you reclaim your space and get back to doing what you love. We continue to do things the old-fashioned way, your way ensuring your stress free experience and doing all the work to make you look like a superstar. We offer fair, up-front pricing, call you 15 - 30 minutes ahead of every job, and sweep up after ourselves. It's the Junk King way. Call us today and experience the joy, guaranteed at 1-888-888-JUNK [5865]. Additional services: shed removal, deck removal, items too bulky or dirty & items too large to leave curbside, commercial clients, storage units, real estate agents, property managers, estate sales, small building demolition & removal and donations. Call Us at 1-888-888-5865  …

Are there any services Ren Con Inc. does not offer?