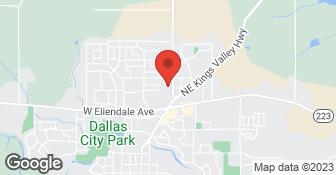 Plumbing problems don’t usually solve themselves, that’s why you need an experienced plumber right now. With 11 fully stocked service vans your issues get solved quickly. Just give us a call and you’ll have a plumber at your door right away. Our services include the following plus much more....

I called this plumber because someone on our community Facebook page had worked with them in the past and liked the owner. We had a leaky faucet, and I don't trust myself with plumbing/electrical, so I wanted a professional to change it out. I made an appointment with Forbes, and explained I needed a faucet changed, and I had the replacement faucet already with the needed parts. The woman on the phone, Dawn, could not give me a price for what it would cost, as I guess they recently moved to flat rates, instead of hourly. I was at work when Chad the plumber came out, but my wife spoke with him. He got the faucet replaced and was in our house for 49 minutes (according to my wife). He charged her $322 dollars, which she paid because she assumed I had already worked out a price with them. Just for reference, we had some valves replaced by another company a month prior to this, and they charged an hourly rate of $155 (and they got all the valves replaced in one hour). The reason I didn't use that company for this job was I thought $155/hour was steep... Hindsight is 20/20. I called Forbes and tried to get a price for what they charge for faucet replacement. The woman wouldn't tell me, and it was only when I told her I just paid them $322 for a faucet replacement that she told me that was the standard flat rate for a faucet repair. She then cited increased product costs as a reason for their price increases. Since I didn't feel like arguing, I didn't point out the fact that I had supplied all the product, and they made over $300/hour in labor. The woman also pointed out the plumber was coming from Dallas (I'm in Sherwood) which was a reason for the cost. I did point out that their business was listed in Wilsonville, and I was calling a Wilsonville office number. She said they do a lot of business in Wilsonville, but didn't give a reason why their Wilsonville office didn't dispatch a plumber (seemed very shady). Long story short, they know how to replace a faucet, but you will pay over two times as much as another plumber that works on an hourly rate. My lesson learned is I won't work with another company who won't give out rates, or give a verbal bid before doing a job.

Jeff Orick fixed our toilet very quickly. The work came in under the quoted amount.

Very good. A little expensive but work was preformed well and we were well satisfied

I sent an Angie's List message on 9-3-19 and didn't hear back so called on Thursday and spoke with Mike who set me up with an appointment for an estimate the next day, Friday, between 2 and 4 with Kevin,. On Friday I was home waiting, and Kevin did not show, and at 4:26 I called and left a voice mail with Mike. Two weeks have passed and I did not receive a call back even. I had another plumber come out and do the work for me.

Amazing - so responsive and worked with us to identify what it would take to get done. I was extremely impressed with this company and their service and work.

Description of Work
We had a leak behind our shower - they repaired and verified leak free.

No response to several requests for an estimate

Hi [Member Name Removed]. I am so sorry nobody got back to you and I would like to know more if you would contact me at 503 939 1546 or sean@forbesplumbing.com. We are going through a significant transition right now. Our phone system is sporadically failing and we have ordered a replacement plus we are training a new dispatcher so currently we are not running at 100 percent. Your experience is not at all what you should expect and I would love the opportunity to make it right. Sewer line replacement is something we love to do and we can do a great job for you. I hope to hear from you. Thank you. Sean
1.0

No good,I spoke to the office and the man asked lots of questions and I fully explained we needed a shower/bath replaced by a shower we had bought. The worker named "Huggy" came to the house and told my daughter he was told he was there to replace a valve. She said no we told you it was a complete shower replacement.He said it was a big job and it would take a week for a estimate. It has been two weeks and not even a call to say hey we are working on it.I'm done with Forbes.

We hired them to take out a toilet and replace it with a new one. The job was completed and the new toilet is in working condition. To make the job easier for them we placed any items around the area into the shower since our bathroom is small. This way they wouldn't have to move anything. Unfortunately, when the plumber removed the old toilet he set it on top of these items and it made a mess of the shower and these items. This wasn't just a water mess either. Everything was soaked in diluted urine. He was at our home for less than an hour and charged for an hour and a half. Thankfully, this company seems to be honest and they were willing to make this right. They adjusted the bill to reflect one hour of work instead of the one and half the plumber had claimed. We didn't ask for any compensation for the mess. I think this was a case of one bad seed in a company of good stature. Forbes Plumbing seems to come highly recommended in our area. I appreciate the fact that they were willing to fix their mistake and would hire them again; however, I would be sure to ask for a different plumber.

We were more than satisfied with their work. The employees listen, communicate, are flexible, and do good work- in short, quality people. We will be calling Forbes for our next project.

Had to replace a fair amount of pipe under the house. They were a able to get a crew to help do the job the same day. Was pleased with the work.

Description of Work
We were concerned about leaks under the house and slow draining tub.