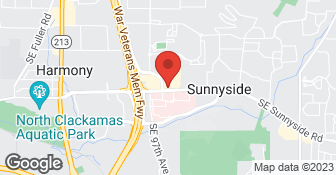 At Square 1 Electric, Inc we are an experienced and highly recommended contractor, serving the electrical needs of residential and commercial properties from new installations to electrical maintenance and troubleshooting. We specialize in service, repairs and installations. We appreciate our past customers, current customers, and look forward to earning your business too! We’re specialists in the service and installation of electrical systems, and have a comprehensive knowledge of new technologies, as well as systems that have been installed for years. We are a locally owned and operated company that takes pride in our honest up front pricing, as well as the 10 year warranty that we offer. We can't wait to impress you....

Rainy City Roofing is committed to helping you get the job done right the first time with its commitment to quality workmanship excellent customer service and attention to detail from complete roof replacement to leak repairs we are committed to leaving happy customers one at a time.  …

Willamette Power Roofing and Roof Cleaning is a family owned and operated roofing company located in Portland, Oregon. We have been fixing and installing new roofs and roof cleaning in Portland since 1990. We take pride in our history as a commercial and residential roofing company, serving Portland for over 24 years now. We attribute our company longevity to our quality work, honesty, and integrity. Our team takes pride in our work whether it is a gutter cleaning, a roof leak repair, or an entire roof replacement. Portland families and businesses know that they can trust Willamette Power Roofing and Roof Cleaning to get the job done right the first time. Award winning.  …

We offer installation of new roof, repairs on existing roof, inspections on existing roof , painting interior or exterior. Your home is your largest investment and maintaining it is highly important to its longevity and value. You have one home; it matters which Remodeling contractor works on it. We guarantee your satisfaction. Servicing Portland metro area & Washington County. Open Monday - Sunday 8am-5pm  …

Never hire Square One. Initially our only problem was that they got into an argument with the inspector regarding electrical code related to grounding the entire system. Once that was resolved and inspector had signed off, we figured that the minor remaining issues could be fixed by my husband (an electrical engineer). Minor being a couple incorrectly wired light switches. However we found a major...

We have used Square 1 several times and have always had a good experience.

Description of Work
We had an outlet rewired. The tech then discovered some dangerous wiring issues in another outlet and fixed that too.

Fine Square One gave my call to Clackamas Electric. Probably because there was someone who could take the problem quickly. The electrician arrived and checked to be sure there were no other problems than the one circuit. This was not the case, however. He replaced the burned out gfci and so it was all done so efficiently. The reason that I marked them down for price is that there was a $250 emerge...

Description of Work
The gfi circuit in the bathroom started emitting smoke and popping spontaneously. Alarming to say the least.

Our estimate was great, quick and informative. We booked the appointment and got the work done quickly. Very pleased with how well they diagnosed our lighting fixture and were able to fix it, plus discovered the switch also needed fixing. Very pleased, we got estimates for more work that we will definitely hire them again for in the future.

Description of Work
Needed our over the range microwave put on its own breaker. Also had a light fixture in the kitchen not working properly.

They were good. He did a real good job, went straight to it, he explained what he did, he’d shown what he had done and he was great. I wish I could remember his name because he was really good. The guy who came out to do our stuff was really thorough, he was really clean. Everything is working so he obviously did a good job. He was real informative too about what he did and I like that. I think we...

Description of Work
They installed a couple of time switches and fixed the electrical component in an attic fan.

I do not like giving bad reviews so I am going to be honest and not overly critical. We had the free estimate and initially really liked Jay. We sent the home inspection over prior and he reviewed it before arrival. Because he reviewed it, he didn't feel he needed to see a lot in person so did a quick look throughout the home to ensure it didn't need rewire (it didnt). We got the estimate and it w...

Description of Work
We bought a new home that needs a ton of electrical work done. There was a lot of DIY work which is not to code and unsafe. The box was double tapped and unsafe. The attic had a nest of live wires and around the home had live wires exposed to elements.

Amazing! Holly, Jeff, James and Mike were awesome. Scheduling with Holly and estimate from Jeff were fast and easy. James and Mike came out to do the work. They were punctual, fast and did a great job. There was one little issue and James came back and had it fixed in 10 mins with in a few days. Love these guys!

Description of Work
Installation of wiring and lights on garage, troubleshooting of three way switch and new circuit for bathroom outlets

I called on 7/27 at 1 p.m. and told a scheduler would call me back. I was called on 7/28; I missed the call but called back with in 40 minutes in early afternoon and the scheduler was unavailable so they took my name and number again. I called again on 7/29 but since it was a Saturday was told the scheduler wasn't working but would leave a message for her. I called again on 7/31 and was told the s...

Description of Work
I was looking to get an appointment to have our ceiling fan fixed, or if need be, replaced (we had a replacement on hand).

Square 1 was quick to send an estimator, provide a quote and schedule the work. They were easy to work with and very professional. The job was done as promised and in the timeframe that was promised. The quality of workmanship is very high.

It went fine. Beautiful installation. It could have been very difficult. He stuck with it. He was muttering under his mouth, well how the hell am I going to do that. He pulled it off. It was an beautiful installation. The price is a little high. They specialize in old homes. That is why it cost more. The first electrician said they wouldn't even touch it.

Description of Work
He hung an dining room light. The house is 100 years old, and has old nob and tubes in it. He had to go into the attic and remove the nob and tubs, and put correct current wiring to the light.