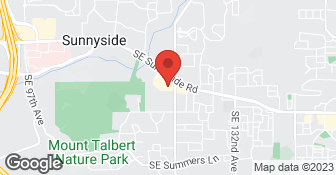 We are performing repairs, new installations and Preventative Maintenance. 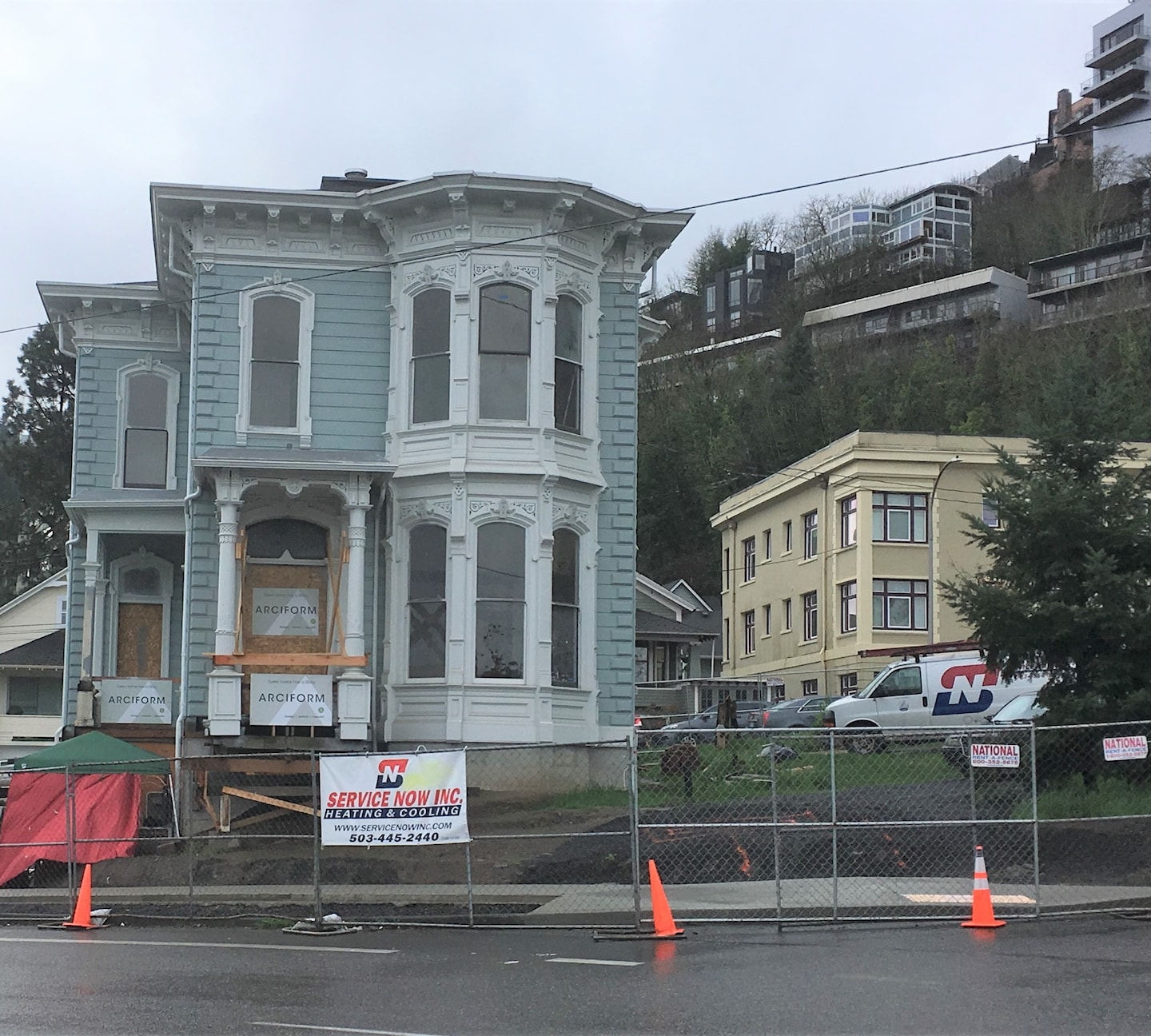 HVAC Companies97209
One of our recent projects, The Morris Marks House on SW Broadway st.  We installed three Ductless Heat Pumps with 13 indoor units on this 1880's home.…
View project

Local Family Owned and Operated Since 1992. Carrier Factory Authorized Dealer. We support local businesses and organizations in the Metro area and we try to source our materials and supplies locally....

They did a great job. From the estimate visit to explaining the costs and work and options to choose from. Also, they were quick to get on the job. They were very punctual and worked straight through 2 days to get the air conditioner installed. It required extra work because they needed to rearrange the furnace, all of which was explained to me in the estimate. The final price was exactly what they quoted me and there were no surprises. The technicians, Matt and Hudson were friendly and professional and hard working. I will be calling them to do the annual maintenance. So, thank you Angi for helping me find them.

It was excellent, they were on time and they cleaned up after themselves and did that in a couple of days an did really job

Kurt asked me a few questions about my furnace, diagnosed the problem, and told me the correct solution within five minutes. No cost and a simple solution I could fix myself. He is the perfect example of the caring professional.

Description of Work
Diagnosis and solution to furnace issue

A five-star experience from beginning to end!

The ServiceNow Team did a nice clean install, they were respectful of Social Distance and explained all steps as went along. Site was left clean each day. Installed the higher efficient unit for just bit more than what others quoted for lower efficient units. Nice Job guys.....

We called Service Now when our furnace wouldn't stay on. The technician arrived and went down to look at the furnace in basement. He then came up and told me nothing was wrong with the furnace and offered to tune it up. He claimed the issue had been that the door had been open. We could hear him talking on his cell phone downstairs, He came up 40 minutes later to tell me that the furnace didn't work. I asked him why he just tuned up a dead furnace. He said he wouldn't charge me for the tune up. Then stated that he had spoken to a senior tech and it was a failed circuit panel. I asked for an estimate to replace and he told me that since my furnace was 23 years old, there was no point in replacing it. His supervisor would provide an estimate to replace the furnace as well as an estimate to replace the circuit board, if I wanted to go that route. I paid $95 for the service call, receipt stated problem was with circuit board. Several days later I still had not heard anything, but did some research about the cost of a new circuit board, was considering doing the replacement myself when I found out that the only way to diagnose a failed circuit board is with a tool applied to the board. You can't diagnose that over the phone. I called the company and spoke with the service manager, who referenced that the tech had only been with them 3 1/2 years, and it was either the circuit board or the gas valve. He offered me a refund of my payment if I decided that the call wasn't of value or I could apply the cost of the service all to a new furnace. He promised me an email with an estimate. I got estimates from other company's all of whom recommended I upgrade to a high efficiency furnace. When the estimate from Service now arrived, it was for a replacement of what I had. When I asked for an estimate for high efficiency, I was told that my configuration would not allow me to install high efficiency and I had to get a furnace like what I had. The installer who I eventually hired to replace my furnace diagnosed the issue as the heat exchanger, explaining how the shape of the flame before the furnace turned off indicated a heat exchanger issue. I am now happily in my home with a high efficiency furnace that cost close to the same as the estimate to replace the furnace with what Service Now quoted. Since they didn't diagnose my furnace with what was actually wrong with it, and didn't even come up with an accurate estimate of what could be used as a replacement, I did call and ask for a refund. I have not yet received that yet. It isn't enough that they came out the same day that we called. They sent someone who couldn't tell me what was wrong with the furnace, could not evaluate what could be a replacement. I already knew how old my furnace was, having someone who was only capable of performing a tune up on a dead furnace was not helpful. I am still hopeful they will provide my refund, and that I won't have to use credit card protection to get my $95 back.

I've used Service Now Inc for many years. Frank (the Furnace Whisperer) is fantastic! Not only do you get quality service but he provides useful education geared toward your safety. He really knows what he's doing. This company and Frank provide great honest service and it's great peace of mind to have them work on my heating & AC.

Awesome service! Frank was very professional and honest. Easy to talk to and ask questions to. He explained things in terms I could understand. He did not talk down to me at all. He didn't rush through the job to get to his next one either. He made time for me and did a very through job. He was very professional. I would definitely hire him again.

Excellent. As I listed above they were great with their customer service, responsiveness and professionalism. We will continue to use them and when needed will definitely consider them to handle our A/C-furnace replacement.

Description of Work
Repair A/C unit connected to our furnace.

Jason showed up on time and provided a good estimate, answering all our questions, as well as problem solving our scenario. When the work was done the workers were able to accomplish everything in one day, which was great for the size of the job. They were very focused on minimizing the mess and cleaning up afterwards. The job was very professional, and the workers were as well. We really felt they consulted us just the right amount during installation as if we were a part of the decision-making, but not overwhelming us. Post install there was one issue that arose and they came back next day to solve the problem. No problems since then. We have been up and running for several months, and our house feels great inside.

Frank and Matt were the two technicians who did an excellent job! There was a vibrating noise when the furnace would come up and Frank quickly diagnosed it to a base sheet metal and screwed it in. We had feared that some component of the furnace could be on its way out. He also, showed us how the "idiot" light on the furnace shows the error diagnostics that can be shared with any service provider over the phone and could save a visit from them if the issue is easy to fix. Finally on the way out, one of the air intake louvers was making a humming sound while the furnace was on. He suggested that we could straighten the vents (they were at an angle) so that there is less friction and therefore less noise. Overall, I would highly recommend Service Now, Frank, and Matt.

Overall great experience. The technician (his name was Matt, I believe) was timely, professional and able diagnose and repair the issue quickly. He also made suggestions for how to provide better maintenance to the unit so it would last longer. I called at 9:30AM, received a quick call-back was given a same day appointment and arrival time between 2-5PM and the unit was fixed before 3pm. I am glad it was not a larger issue and am grateful for the fast, quality service.

Description of Work
Diagnostic check on the a/c unit and repaired non-working part.

I claimed an Angie's List Deal. The appointment was easy to make. Frank, the technician, showed up within the appointment window. He was great! Not only did he perform a very thorough inspection, he walked me through the process for verifying the need to add refrigerant (the system is 10 years old). He also taught me diagnostic techniques that the A/C installer didn't show me. When I inquired about another related service he recommended another company that does more volume in that service. Very honest! His tips could potentially save me many dollars in service calls. I'd definitely hire this company again.

Description of Work
A/C inspection and tune up.

My furnace went out the week before Christmas during a real cold spell. I called at least 20 heating and cooling businesses before finding Service Now. Jason was able to get me an estimate and schedule the work to be done the following week. December 26th, Kelly and his crew got to work. They were great! They worked really hard to get me back with heat asap. It was not an easy install, but they did it in 2 days.

Very professional and knowledgeable. I would definitely use them again.

Our furnace died. Replacement quote was done by Jason (owner) very promptly 1-2 days after. He explained his preference on the proper recommended unit per our needs and house. His quote was very reasonable and the install was done in one day (within days after the quote). His staff was fast and professional. I gave instructions and all were followed. Very easy process without any headache - apart from the unavoidable replacement. Glad I chose them over some of the other quotes! Also, Carrier is a great brand/parts warranty, but Service Now offers a longer labor warranty (3yrs) than many other competitors in the area. Everything was taken care of without any other contracting. : )

I hired Service Now, Inc. Heating & Cooling to replace my old gas furnace and install a new central air conditioner. I received a competitive bid featuring itemized products and services as well as specifying rebates and tax credits for which I could qualify. This was a comprehensive service, including all additional electrical work, registering my new equipment for warranty and arranging for inspections. All the players were very knowledgeable, timely and courteous. There were a couple of minor problems with the new furnace shortly after installation which they corrected right away.

Highly satisfied with the work. Professional, efficient and will use again (will need the cooling unit checked out soon).

Description of Work
Had a maintenance check up on the heating unit.

Great! Frank called to let me know he was on his way, was punctual, and did a great job completing the annual service for my furnace.