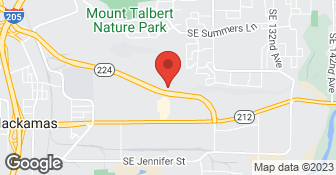 J & L Home Renewal is an experienced home remodel and general contractor. We can do any job big or small. We are known for quality and attention to detail as well as working with the customer's budget. We are fully licensed, bonded and insured in Oregon & Washington. Please check out our website for photos of our completed jobs!...

Jeff was nice enough during the hiring process, but the foreman was pretty rude. On top of that, they broke a decorative fence I had around a different part of the garden. Broke an entryway arch I have in the backyard from our wedding Dug up one of the termite detectors in my yard They didn't bother to inform me of the broken items either, I discovered them when I came out and the foreman sheepishly told me, "we might've stepped on them" Installed one of the metal supports in the wrong spot resulting in my fence shaking every time the door is shut dug up an inordinate amount of dirt for the job and piled it against the fence left trash in my yard rather than digging up a post from the old fence, cut it and left it sticking up above the rest of the yard Left gaps in the fence I called them back to fix the dirt, gaps, and post. The foreman gave me attitude about the whole thing. Telling me that the post cutting is how it is done. He reluctantly fixed the issues, but did a horrible job at it, spreading the dirt over my yard rather than taking care of it properly, and caulking the gaps(poorly). You get what you pay for, but in this case, extra $200 for a professional job would have been well worth not having to come behind them to clean up trash, clean dirt, replace the broken items.

John is a highly skilled professional. He is a perfectionist who takes pride in his work as well as the experts he hires to assist him. We are very pleased with our new bathroom. After explaining what we wanted, John provided us with additional ideas and options. He has performed other home renovations for us in the past, all excellent results. We afford him the highest possible recommendation!

They were professional and clean. Every night they cleaned up so that I wasn't stumbling over anything. Any problems were discussed and answers agreed upon. The first day everything came out. Then the upgrades went in. They took a little time, but they went in smoothly. Cabinetry went in perfectly. Lighting. Flooring. Plumbing. They removed all of the debris. I am so pleased with their work and their working attitude. Their work ethics are exemplary. Couldn't have ask for better. All said and done, I love my new kitchen. I would definitely work with them again.

Description of Work
A complete remodel of the kitchen and dining area from floor to ceiling.

Our focus is truly on providing you with the best customer service and the highest quality of work. Since we are not structured as a retail store, but as a warehouse we don’t have the mark ups on our products like our competitors. This allows us to pass on significant savings to you! On average we are 15% to 35% less than any of our competitor’s SALE prices!  …

Call us at 503.655.9421 or Email sales@flooringamericaoregon.com to schedule your FREE in home consultation. WE DO NOT REPAIR OR RESTRETCH CARPET. DUE TO INCREASED VOLUME, OUR MINIMUM PROJECT AMOUNT IS $2000 FOR MATERIAL AND INSTALLATION. We are the most recommended flooring store in Portland! How is Flooring America of Oregon different? -Warranty on materials and LABOR! We do not sell you material and then refer you to an installer, with 5 to 50 year warranties on our products, our labor is performed by our certified craftsman and guaranteed for the life of the product! Most stores warranty labor for only 1 year and have many exclusions in the material warranties they offer. For instance, most carpet warranties exclude stairs and hallways (which get the most traffic). Our Tigressa Nylon carpets are warrantied on stairs and hallways and even carry a Confidence Plus guarantee. - Superior service! As a family owned small business, we care about our reputation. We take pride in every project and treat our customers right. Quality assurance and job follow up are of utmost importance to our sales and production team! If you are not happy with ANYTHING, even the style or color you chose we will replace it for free on our 4 and 5 star materials! -Great Prices! As part of the largest flooring buying group in the country (Flooring America), we collectively buy more flooring than Home Depot and Lowes combined, so we compete with the big guys on price along with monthly promotions and brands you don't find elsewhere. We carry a great selection available in our 5000sf showroom. - Interest FREE financing! Same as Cash financing for 1 year available. No interest financing up to 5 years through Synchrony Financial! We look forward to meeting with you!  …

We do not usually take on roofing jobs unless they are related to the remodeling work going on.

J & L Home Renewal is currently rated 4 overall out of 5.

No, J & L Home Renewal does not offer a senior discount.

No, J & L Home Renewal does not offer warranties.

Are there any services J & L Home Renewal does not offer?

We do not usually take on roofing jobs unless they are related to the remodeling work going on.