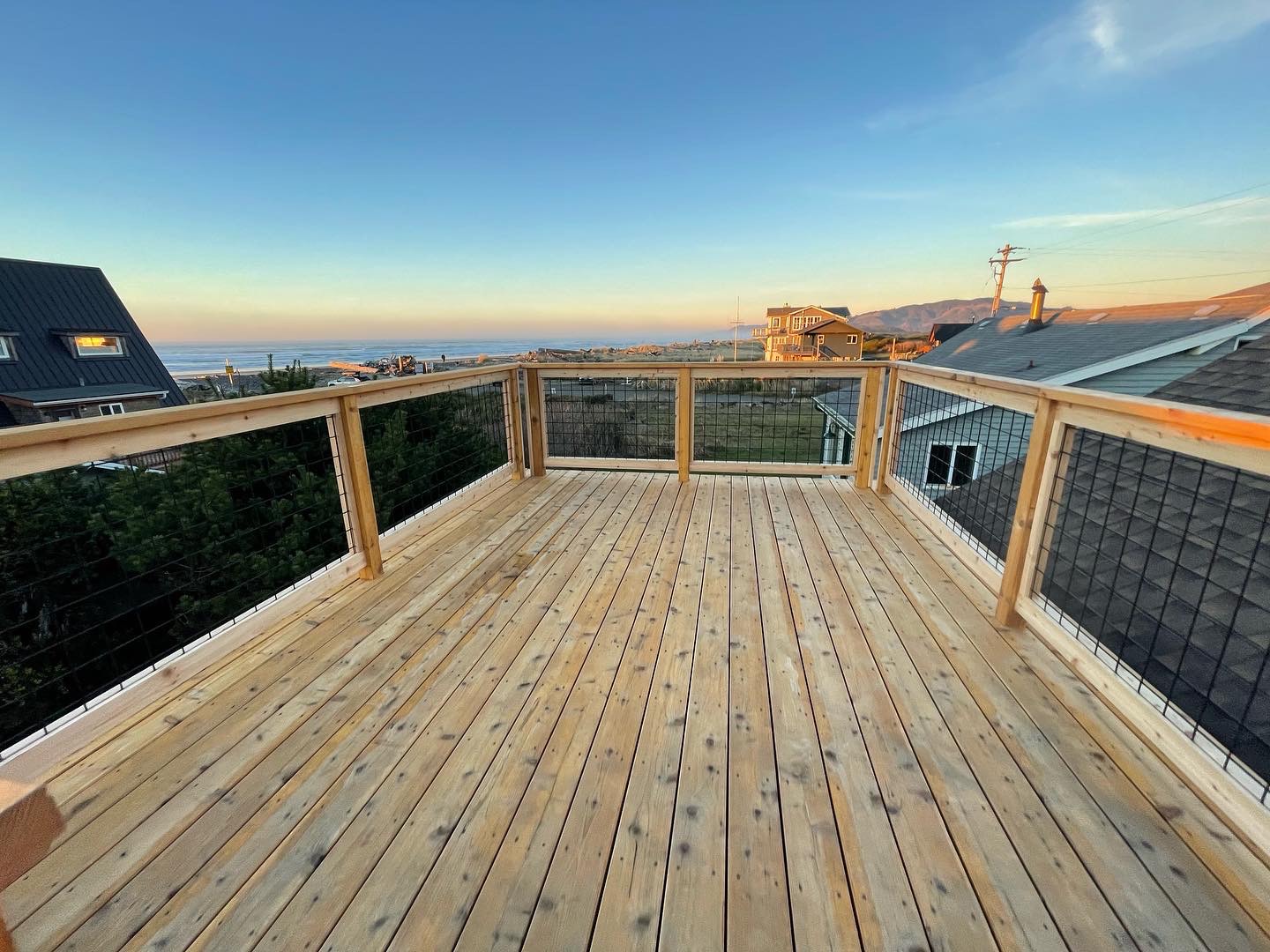 Founded undefined • With Angi since August 2018

We are an organic partnership that was created in 2016. We take a lot of pride in our work and love to be challenged. We specialize in stone masonry and carpentry but have a wide range of experience in outdoor living. We are a small company that is capable of producing large projects, done right, in a timely manner. The relationships we have made with our clients and the things that we have helped bring to life are what keeps us moving every day.Don’t let our name fool you, although we prefer to work with Natural materials we also install trex-timber tech decking and a variety of other products.

I am not normally prone to writing gushing reviews such as this, but in this instance it is warranted. What a pleasure it was to work with All Natural Additions! I have dealt with various contractors over the years including a home builder and various home improvement contractors. Never have I encountered a contractor that was so easy and enjoyable to work with. Other contractors I've worked with in the past show up for the estimate and maybe the first and last day and occasionally in between while work is in progress. Not so with All Natural Additions. Owners Myles and Joe are completely hands-on and personally engaged from start to finish. Myles came out punctually to the appointed time to assess the proposed project and work up the estimate. My project involved different aspects requiring different skillsets. One reason I selected ANA for my project was that they could accomplish it all, saving me having to hire different contractors. The price quoted was fair and reasonable. When work began owners Joe and Myles were right there every day along with their other two workers, AJ and Fernando. Yes, we got to know them all by name. The crew showed up on time each day, worked very hard and as a well-practiced team, and cleaned up daily and again upon project completion. It was clear each of them enjoyed their work and took pride in craftsmanship. Joe and Myles were able to take my vision, including some partially vague details of what I wanted accomplished, and provided good suggestions and advice how to best accomplish the work with a mind to keeping costs down as much as possible. As I fully anticipated, along the way there were some adjustments and tweaks to the original plan. Joe and Myles were very responsive to those requests and made them happen to include providing detailed price quote updates, still reasonable and fair. Once the project was completed, we were delighted with the results! We got just what we wanted, exceeding our expectations. We are eagerly looking forward to the warmer months to begin fully enjoying our much improved and expanded outdoor living spaces. We would not hesitate to use All Natural Additions again for some other project and highly recommend them without reservation.

All Natural Additions were great to work with. Hardworking crew and great to have around throughout a 3 week project. They did high quality work for a pretty complicated fence job with some narrow spaces and drastic terrain, and navigated respectfully around a family visit in the middle. We're thrilled with the result and get compliments on the new fence all the time. Would definitely hire again. Just one word of advice (don't take it personally), is to deal with Myles as much as you can. Joe leaves you with the vibe of a used car salesman. Myles is the kind of guy you feel good about doing business with. Regardless, together they do great work.

They scheduled for an estimate but did not show up for the estimate. He was very impatient on the phone.

Hello [Member Name Removed] After I arrived 20 minutes early to the estimate I politely waited until it was time for our appointment and went to the house which I had the address that was provided by you and nobody was home. I waited 10 minutes after our scheduled appointment and then left a business card on the front porch and immediately emailed you and stated that I was there and it didn’t look like anyone was home so would be happy to reschedule. We are extremely busy and a small company and I do not have a lot of time between estimates and have to stick to a strict timeframe in order to get to all of my appointments all over town. Not long after I sent the email I received a call from you and was told I was at the wrong address and you would like me to come to the right address. I am not sure what happened but I had other appointments and was just getting to an appointment so I didn’t have time to discuss what had happened and after offering to reschedule with you due to the confusion you said forget about it and hung up on me. I take a great deal of pride in being fair and honest with people and apologize of you feel I was rude or brief with you. It was not my intention but I was already running late to another appointment and did not have time to talk which is why I emailed you to reschedule. Thanks for the feedback I hope you found the right contractor for your project.
5.0

Had a great experience with the All Natural Additions crew. They quoted me a good price, did an excellent job, finished on time, and left my property neat and clean. I would strongly recommend this company and I look forward to working with them again.

A great experience overall, from the estimate stage and on through the installation and cleanup stage. Estimate appointment was setup quickly and conducted in-person. At that stage, they offered useful options and recommendations. The price was reasonable. The installation was scheduled with little wait and was conducted skillfully and efficiently, with good clean-up at completion. The fence is solid and looks great. I highly recommend this company and would use them again.

Due to a wind storm, I lost part of the east side fence that fell into my neighbors yard. I contact All Natural Addition as one of four companies to bid on the work. Myles was very fast to respond and come out for a bid. Explained the style of fence we were wanting. Myles knew exactly what I wanted. Bid came in the middle of the 4 bids. This project involved all neighbors and Myles was able to break down the quote for all 3 sides. One neighbor decided to use All Natural Additions to replace a large section of his fence as well. Crew showed up a when they said they would and the entire project finished in 3 1/2 days.

Description of Work
Replace an existing fence on all 3 sides

I had an excellent experience with Myles Seaton and the team from All Natural Additions. I had a back yard that was not landscaped and I wanted to put a patio in the space. Myles came to the property and together we created the design that met all aspects of what I had imagined. Myles provided excellent communication regarding the estimate and timeline on the project and when there were modifications/additions requested by me, he was prompt with updated information on the estimate. The team who worked on the project were very professional, hard working and a pleasure to work with. The project was completed in the estimated time frame, baring weather related delays. The pictures show a bluestone patio with a paver circle kit and 6 x 6 juniper timbers for the border. I am so pleased with the work, craftsmanship and great service!!! I highly recommend All Natural Additions!

Myles came out to look at the job and talk about what we were looking for. He listened to what I wanted, was respectful and courteous. When I received the bid for work a couple days later, everything that we discussed was reflected in it. He included the line items I specifically asked for such as locking hardware for the gates, pre-treating the backs of the boards that would go on one run of the fence, and the cost of the shared piece of fencing. This last was important to me, as one side of the fence is shared with our neighbors, and being able to bring just that cost to them instead of the cost of the entire fence was important. When the day to start the project, the guys that showed up were friendly, quick, and willing to answer any questions I had about what they were doing. The whole project took a few days. At the end of each work day, they tidied up and left orange cyclone fencing to delineate the property lines. In the mornings, they were punctual and got right to work. A few months after the fence was completed, my sweetie noticed that one of the posts was splitting vertically. I contacted All Natural Additions to see if they had any suggestions on what to do. I was told that they would send someone out to replace the post. A few days later, the same guys that built the fence arrived and replaced the split post. They dug out the one they had originally put in and replaced it with a new one. They rehung all the fencing that was removed and left it looking just as good was when they first installed it. When the fence was finished, myself and my sweetie were quite pleased and remain so today.

All Natural took the time to understand what was desired, offered good suggestions from their experience, and did a professional, quality job. They are very honest and straight-forward, and oriented on pleasing the customer. For all of the projects, they listened to my concerns and worked with me. They have a great crew that is conscientious, quality minded, and customer oriented. I would hire them again.

Description of Work
There were multiple projects spanning two seasons. First was full yard excavation and pathways, including tearing out two outbuildings, old concrete, and leveling the property. Next was full deck tear out and replacement, more landscape pathways and rock border placement. All of it was a lot of work and nearly a complete overhaul of our property.

Can’t say enough good things about these guys! There where a lot of adjustments made in the fly during the project and they handled everyone of them with an open mind and helped us decide what worked best for the overall results not just the easiest route for them. I won’t hire anyone else for future projects.

They did very well. Were very satisfied.

Description of Work
Built us patio 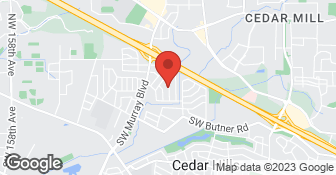 How is All Natural Additions llc overall rated?

All Natural Additions llc is currently rated 5 overall out of 5.

What days are All Natural Additions llc open?

All Natural Additions llc is open:

No, All Natural Additions llc does not offer free project estimates.

No, All Natural Additions llc does not offer eco-friendly accreditations.

Does All Natural Additions llc offer a senior discount?

No, All Natural Additions llc does not offer a senior discount.

Are warranties offered by All Natural Additions llc?

No, All Natural Additions llc does not offer warranties.

What services does All Natural Additions llc offer?

Are there any services All Natural Additions llc does not offer?