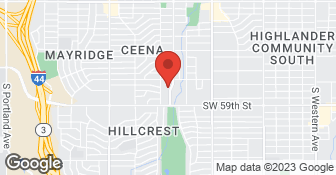 Truck mounted unit. Owner personally performs all the jobs with the assistance of 1 or 2 employees....

Have been doing business with Sean and Premier since 2011 and have authorized at least $25k of work over the years, not counting any referrals which is likely in excess of $250k. You cannot beat the value and service Premier provides and am pleased to continue referring clients. Super happy to finally see Premier on Facebook!

Vendor inspected fire damaged property and provided a very detailed technical report, which we used to submit to insurance. Technical Report was thorough and accurate. Money well spent! Would use again, and again.

He was great, he went out to the property the next day and took care of the issue. He explained in detail what his product worked and what he needed to do. He called after he was done and stated that he left the windows open so that we knew to go back and close up the house. I would use him in the future and send him other clients when needed.

Description of Work
He came to one of our rentals that the tenant had let her dogs pee all over the floors (no carpet). He removed the urine smell.

We had water damage from an outside faucet leak. Sean came the day I called him and got right to work. Sean was very nice and very professional. He charged us a fraction of the price of a big name company we'd used previously. The carpet looks amazing, can't even tell there was ever any damage. We will definitely use Sean again.

He showed up on time the day after I called him. I needed an opinion on if I had a mold issue in my utility room. He was honest and told me that I did not have a mold problem. I liked him a lot he was not about racking me over the coals. He was honest, trustworthy and on time.

Description of Work
He gave his opinion.

We're very pleased with him. He was just really honest. He does a really good work and did a good job. He was very personable and a very good guy. He was very fair. He did the job great. He's very prompt. He's there right away. We were very satisfied with him.

Description of Work
We have used Premier Carpet Cleaning & Water Damage Restoration. We had them out a couple of different times. There was water damage on the carpet. They just extracted the water out, dried it and stretched the carpet.

He was always on time and very helpful. Very conscientious about his work. Very friendly and knowledgable.

Our basement had ground water come in after a huge rainstorm. We were able to get the water out, but we had to leave the next day for vacation. When we returned a week later the house smelled horrible. We called Sean on Monday around 10:30 a.m. and he was there at 1:00 p.m. with two huge fans and two dehumidifiers. He sprayed the area with something to kill the mold and mildew, set up the fans and dehumidifiers and said they needed to run constantly for 48 hours. He was very professional and kind and explained how to move the fans around to get everything dry and how to empty the dehumidifiers. He came back on Wednesday and removed the equipment, checked everything over and sprayed the area, again, with something to kill the mold and mildew. Then he cleaned two large area rugs - on both sides. He also suggested we buy a dehumidifier for the basement, which is something we would have never thought of since we have never had a basement before buying this house. That's a great suggestion to keep the dampness out and the mildew gone. We truly appreciate how prompt and professional Sean was, and his charge for everything was more than reasonable.

I have been using this vendor for years! They provide a reliable product, reasonable pricing, and excellent service! I have referred many people to them because of their awesome service. This provide answers his cell phone & text messages right away - so hard to come by in the construction trades.

Timely arrival, very helpful explanations. We had to take the toe molding off the wall to get the inside dry--they did that carefully, and sent their carpenter out after to tack it back on.

Description of Work
Cleaned up water, dried out my walls, and treated for mold prevention.

Property damage caused by water, fire and mold can be incredibly overwhelming and can make the idea of restoring your property to its previous state seem impossible. PuroClean of Norman can ensure that restoring your commercial or residential property possible. Our IICRC certified experts provide the industry's best water damage remediation, fire damage restoration and mold remediation services in Oklahoma.  …

JACS - your premier janitorial and custodial service solution for Oklahoma City is just in time to service your business or residential needs. We guarantee your satisfaction and we won’t leave until the job is done right. We pride ourselves on the quality work we provide, while delivering great customer service! Check out our services offered and call or click to schedule a free estimate today.  …

No, Premier Carpet Cleaning & Water Damage Restoration does not offer a senior discount.