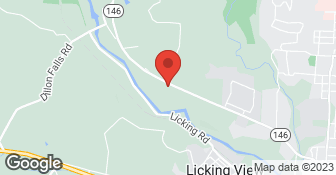 Owner operated. No subs. Cost is determined by the job. No travel charges. No service charges. Extra charge may apply. May contact through email....

Before hiring Gerald, the owner of Preferred Inspection Services, I asked him if he was qualified to perform a termite inspection and he confirmed he could. The day of the inspection Gerald told me he could look around the home and see we had no termite damage to his knowledge, but he was not certified to do an actual termite inspection. Gerald proclaimed it would be up to the seller to have the inspection done, which was clearly wrong. I had to hire another home inspector after Gerald was done with his inspection only to find out we did have evidence of past termite damage. Although Gerald is very pleasant, his ability to do a home inspection is lacking. I spent time helping Gerald remember where he left his clipboard or tools throughout the inspection. The inspection mostly consisted of Gerald walking around while I listened to him marvel how nice the home looked, how much work the sellers invested in restoring the property and watching him plug in a socket tester in most of the outlets. Needless to say the inspection provided little more insight to what I could have had done on my own. (Gerald did miss testing an outlet that we later found out did not work.) Gerald also missed diagnosing the chimney connected to the water heater was missing a liner. This caused the gas company not to turn on the gas on moving day until the issue was fixed. $600 dollars later I got a contractor to fix the issue Gerald did not catch. During the inspection of the attic I questioned him about the insulation and the ridge vents. Gerald assured me everything looked great and I had no need to be concerned. Now in February, I have ice dams building over my gutters and flowing back under the shingles and into the soffits because the insulation is inadequate. I contacted Gerald and he was pleasant as he always has been, but informed me his home is doing the same thing and he has no idea how to fix the issue. I expressed it could be the lack of insulation; he paused and proclaimed it could be. In short if you need a comprehensive home inspection I would recommend not using Preferred Inspection Services.

Description of Work
Home inspection prior to purchasing a home built in 1945.

At Stewart Home Inspections LLC we service the Central Ohio area. We offer $111,000 in free warranties with every Home Inspection. We are on the board of realtors in Franklin, Farifield, Pickaway and Licking counties as well as the Scioto Valley Association of Realty. Our inspector, Wayne, has many years of construction experience to bring to the table and is very friendly and approachable. He works around your schedule and tries to have all our reports back to you with in 24 hours of your inspection. We would love to help you with your inspection needs call or text us any time at 740-503-7031  …

I am the sole proprietor of the business.I offer residential and commercial building inspections. I also offer structural, lead, mold,and energy efficiency inspections with a focus on building science. Payment in full is expected at time of inspection.  …

Insured
All statements concerning insurance, licenses, and bonds are informational only, and are self-reported. Since insurance, licenses and bonds can expire and can be cancelled, homeowners should always check such information for themselves.To find more licensing information for your state, visit our Find Licensing Requirements page.
General Information
Free Estimates
Yes
Eco-Friendly Accreditations
No
Payment Options
Check
Senior Discount
10%
Emergency Service
Yes
Warranties
No

Preferred Inspection Services is currently rated 2 overall out of 5.

No, Preferred Inspection Services does not offer eco-friendly accreditations.

No, Preferred Inspection Services does not offer a senior discount.

No, Preferred Inspection Services does not offer warranties.