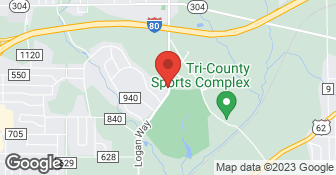 As a 2019 Super Service Award winner, Quality Windows has 44 years of experience and 22 years in the business. Run by father and sons, Quality Windows is a "True Family Business". We offer free, no-obligation, in-home consultations with many vinyl windows for you to see, touch, and test our quality. Quality Windows brings the show room to you. Professionalism is the key to our business! Whether you're looking for 100 new windows or just one replacement, we can help. We can meet all of your window needs while improving your curb appeal and increasing your home's value. We offer many different styles of decorative glass, specialty glass, internal grid styles, and even internal tilt mini blinds. We offer the best windows available from great names like Simonton and Polaris with many other manufacturers available by request. At Quality Windows, we believe your time should be spent enjoying the view. Give us a call, you'll be glad you did. Full life time warranty on all parts and labor. Short and long term no interest financing available. Additional phone - (800) 863-9344....

It was great! They helped me moved some furniture and everything. They were very courteous and let you pick your windows. They have a variety of windows to choose from. I recommended them to my mom and they put in her sliding door.

Description of Work
They put in 16 windows.

Start to finish; from the quote to completion of the installations, the experience could not have been better. There is one tiny follow up issue regarding a manufacturing defect on one sash but, assuming that is resolved in like manner to the rest of the job, we’ll be delighted! Of course time will need to pass and all types of weather will have to test the product but, so far, we couldn’t be more satisfied.

The “Polaris” entry and patio doors went seamless. Ken, the installer starting @ 7 am and had both doors in by noon. Ken is a perfectionist! The entire process with the owners, Kevin & Rena was exceptional. I would hire them again😁

They did a nice job. I will definitely recommend and absolutely use them, again.

Free estimate, no pressure sales. Excellent value for money. Very curteous and efficient installation. Highly recommended for sure, would definitely select them again for future project.

They guys were very professional and courteous. One of them took care of one room and the other did the second. They did a great job and were finished within just a few hours. I would definitely recommend them again!

Description of Work
I had 6 windows installed in 2 bedrooms.

They arrived at 10 AM and finished at 1:30 PM. Work was done in a professional manner and I am happy and would recommend them to others.

The arrived at 9:30 AM brought in the windows and placed then in the rooms they were being installed in. I took down the curtains ahead of the installation and put them back up after they finished a room. They encountered no problems and were finished be 4:30 PM. They did a good job cleaning up and I like my new windows and would recommend them to others.

Everything went great! We were extremely happy with their crew. They worked efficiently, cleaned up well, and got everything done in just a day. I have already recommended them to several people. So far, we haven't had any problems. Excellent experience overall.

It was a difficult job due to those old steel frame windows. They finished everything in one day with excellent quality. 5 years later all the Simonton windows installed are still in great shape.

Excellent. They expedited the order (due to one window being totally rotted out). Installers were punctual, experienced and professional.

Description of Work
Replaced all windows on top floor of house (approx 10 total).

Very well. The windows still look good 3 years later and my only regret was that I didn't get them replaced sooner!

Description of Work
Replaced 18 windows in a rental property.

Went well. They came, measured, gave us a price and an appointment. Came on time, finished the job quickly & professionally, cleaned up after. We were very pleased. We had them replace at least 10 windows. Then called them to come back & finish the rest of the house's windows. The cost listed below is for EACH window.

They replaced most of them the first time we hired. Then at later time we hired again to finish the rest of the windows. We love the windows. They were quick and professional, did a good job. Fair price. We're happy with the work & have referred them to others.

Description of Work
We had windows replaced for the whole house.

Sales man was great, showed us a great product Have not decided which company to go with but they are at the top of the list.

Description of Work
12 windows to be replaced

The sales team was great -- knowledgeable, not pushy. Rena in the home office was helplful throughout the process, and Ken our installer got the job done in one day. The team cleaned up and the windows look and work great! A family-owned business, they show professionalism while treating you like a member of their family.

Description of Work
Replaced all of the original steel casement windows in our 1928 house with new insulated windows.

i have had two different brand Windows put in my hose over the years. The overall experience, quality and warranty coverage from Quality Windows was outstanding. The initial sales experience was completely no hassle. They came in measured and gave me a great price. He told me to think it over and give him a call if I wanted to schedule the installation. The installation team came on time, completed the work and cleaned up. I was very satisfied with the overall finish both inside and out. This is where it even gets better in my mind. About a year or 2 after the installation one of the Windows begins to fog up. A call to the factory with the serial number on the window and a few days later a new window from fed ex out to be to replace the bad one. These Windows have performed very well. I had some other Windows put in by another local company that don't come close to the same over quality.

I was very impressed as I was sure I would be spending hundreds of dollars to have a window installed. I will be recommending Quality Windows to all my friends and family. I think this small gesture just shows the integrity of the salesman and the company. I even asked for an estimate on a sliding patio door which I was not planning on replacing this year. As far as the above ratings I called office a few hours before salesman came. Office said they had a salesman in my area on a call and they would have him stop by within the hour. I had nothing but a positive experience with everyone from Quality Windows from first call to Estimate. If I get the patio door I will be sure to include another review on their installers and installation quality.

Description of Work
Bob Essad, Quality Windows salesman came to give me estimate on replacing a window that lost the gas on one of the panes. Window was 3 1/2yrs old and installer went out of business. I was not the purchaser of the windows. Bob identified the manufacturer of the window, called them on the phone, gave them all the information they required to honor the warranty and had them ordered me a replacement pane, free of charge. Who does that????