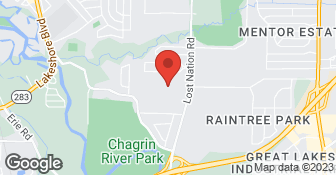 C & S Construction has a crew of 8 workers who have worked together for over 10 years, and have over 75 years work experience in the roofing industry. Our company uses no subcontractors. THERE IS NO JOB TOO SMALL OR LARGE THAT WE CANNOT COMPLETE. We are an Accredited BBB Member. All complete roof tear-offs are entitled to FREE SEAMLESS GUTTERS. Coupons for our services can be found on the BBB Website http://cleveland.bbb.org(search for our company by its phone number 440-283-5254). FREE ESTIMATES References available upon request; including Sears Home Improvement. C & S Construction - Customer Satisfaction Guaranteed. Call us for all your roofing needs. Fully insured and bonded....

He does really good work, they are very competitive in price and they are dependable.

First year of snow removal was terrific. (always getting snow cleared early in A.M., done more than once in a day, if necessary, etc.)Second year was AWFUL! After giving several reviews to neighbors, I'm supposing business was too much for him to handle on his own, so he had to hire several drivers. Now when the drive had to be plowed, there was always an inch or two left on the ground, that would end up turning to ice. A neighbor that is sometimes home during the day, noticed that the driver that cleared across the street always came so close to hitting our mailbox. She was just warning me about the careless plow driver across the street. And of course, one day when returning home from work, NO MAILBOX at our house anymore, just a post and shattered pieces from the mailbox all over the yard. At first I didn't know that it was the same driver that did our driveway AND across the street, until I was home one evening during a late snowfall. I saw that it was the same truck that did our driveway, that came back to do across the street, after several other houses on our street. Bottom line, you get what you pay for! Yes, the $175 price for the season was terrific, but when you factor in the price of the post/mailbox installed in the middle of winter, we spent way more money than using a more expensive, professional service. BEWARE! P.S.: I did contact the owner by e-mail, letting him know why we wouldn't be using the service again and welcoming a reply.....I'm still waiting for that reply!

Description of Work
Driveway cleared very well during the 2010 season. Very sloppy, work during the next season. And mailbox GONE!!!

Excellent snow removal at fair price. Was on time every snowy morning so we could get to work in time. Great job. Will recommend to friends and colleagues.

Founded in 2021 , STRONG POWER WASH, LLC is striving to be the leading power washing company in Northeast region of Cleveland Ohio, however the company plans to expand its services in other states in the next few years. Using top of the line equipment and cleaning solutions to provide superior results  …

How is C & S Construction and Snow Plowing overall rated?

C & S Construction and Snow Plowing is currently rated 4 overall out of 5.

What days are C & S Construction and Snow Plowing open?

No, C & S Construction and Snow Plowing does not offer eco-friendly accreditations.

No, C & S Construction and Snow Plowing does not offer a senior discount.

Are warranties offered by C & S Construction and Snow Plowing?

What services does C & S Construction and Snow Plowing offer?