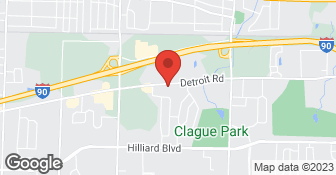 It was a pleasure to work with Jim and his team. We scheduled the survey within reasonable time, they arrived on time, and Jim followed up with printed layouts of the property. They are very professional and did a great job.

Description of Work
Jim surveyed my residential property, installed two new pins in the front yard and in the backyard, placed markers around the perimeter, provided multiple topography maps.

I called JAR SURVEYING CO. on 05/28/2015 to set up appointment, he said that he could come out on 06/16/2015 or 06/17 to survey my land for a fence and a garage.I called back on 6/12 and left a message on the machine to confirm the date i gave him my phone number to call me back but they never did return my call. i tried to call a couple more times on 6/13,6/15, left message to call me but they never did call me back, i had no ideal if they were coming out ore not. JAR SURVEYING CO. never did show up. when my fence company came out to sign a contract on 06/18/2015 i told them that the survey wasn't done yet, he said he new somebody that could do it and he suggested JAR SURVEYING CO. i told him that that's who was supposed to come out and do the survey he said that he would have his company call and talk to JAR SURVEY CO. they must of called. JAR SURVEYING CO. did call the next day and left a message about some lame excuses on why they didn't contact me, BUT that's no way to run a business. when somebody calls and leaves a message they should call you back, if they want the business all they had to do is call to say if they could do the job ore not. I WOULDN'T RECOMMEND THIS COMPANY TO MY WORST ENEMY!!!!!.!

First contact via Angie's List email late March; phone call and message follow-up early and then mid April with an actual live contact. Survey activity early May, no package prepared for April, May, or June deadline. My consolidation must now wait until September--5 months later than planned. Communication from JAR is nonexistent; schedules are ignored. Whatever work they may have done is of no value to me. I have to search for another firm to do the work.

Description of Work
I engaged JAR to do the surveying and package preparation for our city's Planning Commission so I can apply for a lot consolidation for our residence and an adjacent lot we own. I referred JAR to the City's website for the requirements that include the schedule of package submission and Commission meetings.

Mr. Resar was punctual, thorough and professional. I had a few questions which he answered thoroughly. Additionally, he was hard working and pleasant to deal with.

Description of Work
Jim Resar surveyed our lot for a fence we are having installed. He located the 4 corner survey pins and adjusted them as needed. He put 'hubs' (stakes with yellow flags) along the property line where the fence is to be installed. He also provided drawings of the boundary survey for the fence company as well as for my own records.

The engineer was very professional and listened to my requests - I changed my mind several times regarding exactly what I wanted done - and he was very pleasant and responsive to my concerns, and in returning my phone calls. The price was excellent compared to other vendors, and he took his time with properly researching the property and performing measurements as well as marking the boundaries according to my needs. I would definitely recommend his services.

Description of Work
I needed to have a property survey done to determine the boundaries of my lot, in anticipation of having a fence installed at my home.

JAR Engineering & Surveying is currently rated 4.5 overall out of 5.

No, JAR Engineering & Surveying does not offer eco-friendly accreditations.