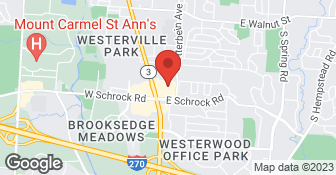 General Contractor in the residential and commercial fields with over 40 years of experience....

I was told the job would be done in 4 weeks - it took almost 5 months and at that we had to give them a date to finish or start deducting payments from the final draw. My main problem with the company was that they would start other jobs and then not show up to do my job for a week or two at a time. I had a major problem with the "electricians" they subcontracted. It turned out that they were unlicensed and all of the work done had to be completely pulled out and redone by a licensed electrician because the wiring was not outdoor wire, etc. Also, the deck was made with Trex and it was installed so close together that we ended up with water standing on the deck after only a heavy dew, a virtual flood when it rained - the contractor came out and used a circular saw and skill saw between each board to cut a trough to allow water to drain down through the boards so it wouldn't rot out the base of the built in benches. In addition, when I repeatedly asked for an itemized list of all covered work, I was told that the one page list I received was what everyone gets. Apparently I should have stood firm on that requirement because even though I also hired them to prime and paint my house, the painting of the new construction was not covered. Every little thing that came up (example: wrapping the posts of the roof on the deck and porch with composite to match the flooring instead of leaving them as bare 2X4's) cost an extra "$500.00". They were not itemized so I didn't have a leg to stand on. The price just kept going up and up. I'm afraid I couldn't hire them again.

Description of Work
Built a covered porch on the front of my house and a half covered deck on the back of my house. Added security lighting, ceiling fans with lights and outdoor plugs. Also put wrought iron railings with wood caps and built in flower boxes and built in benches on the porch and deck. Also hired them to prime and paint my house and replace the facia on the overhangs with vented vinyl facia.

Apologies are in order for the execution of this job. Two projects that were supposed to be nicely spaced ended up starting within days of each other. This along with the finish of an ongoing project where last minute additions were needed to finish spelled time trouble .In retrospect maybe we should not have taken this project on , but we committed and felt we could do it justice. the electric was to be done by a licensed electrician and when we were not satisfied that it was correct we had an electrician in who we knew could correct the problems and we use him to this present day. The homeowners were more than fair and we are sorry for problems caused. The prices charged were within the norm but we failed to give an accurate breakdown for changes and additions We have used this experience to improve our company. Buckeye Building Solutions ltd has revamped the way we do business . We now give you a computer graft of the project showing project time lines and projected finish time which we will guarantee in writing. we have added several excellent crews to our available list and our electric is taken care of by Bradley Electric in westerville , our hvac is taken care of by HHR heating and cooling of westerville, and our plumbing is covered by Eaton plumbing, westerville Every job comes with a detail sheet of all items included and all allowances credited to home owner and we give a FIVE year warranty on any work our crews performs.

We have the experience and dedication to get the job done right! Specializing in handyman services; We guarantee your satisfaction, and we won't leave until the job is done right. We pride ourselves on the quality work we provide, while delivering great customer service! Call or click for your FREE estimate today!  …

Complete general contracting services from excavation through the roof and all points inside and outside.

Buckeye Building Solutions Ltd is currently rated 2 overall out of 5.

No, Buckeye Building Solutions Ltd does not offer eco-friendly accreditations.

No, Buckeye Building Solutions Ltd does not offer a senior discount.

Buckeye Building Solutions Ltd offers the following services: Complete general contracting services from excavation through the roof and all points inside and outside.