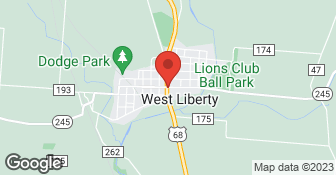 There’s never been a better time to transform you home with Champion of Dayton! Think of us as a one-stop shop for everything you need to beautify your home’s exterior: windows, sunrooms, siding, roofing and doors. Only Champion offers the superior energy efficiency of Comfort 365 Windows, industry-leading limited lifetime guarantee, and award winning products made in the USA. For over 60 years, Champion has been manufacturing and installing quality windows, doors and sunrooms while creating a seamless experience for our customers. More than 9 out of 10 customers recommend Champion. Not only do Champion products enhance your curb appeal, but can also lower your energy bills, improve the comfort level of your home and reward you with a high return on your investment. Experience the difference Champion products can make for your home today! ENERGY STAR®, NSA, AAMA, Installation Experts, VSI, BBB, NFRC  …

Atlas Roof and Exteriors is a fully certified and experienced contractor for roofing, siding, gutters and windows. Atlas has just been awarded the Consumer's Choice Award! Atlas is home to the Atlas Roofing System. The Atlas Roofing system is the most advanced roofing system in its class featuring the longest warranty on product and workmanship. Also the highest wind warranty in its class. Atlas uses its own employees to install its products. All employees are screened for security. Atlas is fully licensed, bonded, and insured. Atlas offers free quotes.  …

First off, we rent our home. The window in my children's bedroom cracked and broke. Our landlord told us to call Lattimers as they installed windows originally. I called prior to winter 2016. Was told they had a large number of installs, but would get to us when they could. Fast forward to April 26, 2017. Finally get a call from the owner saying sorry for the "delay" but they had "forgotten" about their service list. He had my glass and his tech could be here tomorrow. When I figured out that there would be no one available until later in the afternoon, he said, "that's ok. We'll get you on the next round". When I questioned when that would be, he told me I was being rude and that he deals with the home owner. I AM NOT REVIEWING HIS INSTALLERS WORK. As far as I know his guys do great work. I am reviewing the way the proprietor treated me, and his scheduling practices.

Everything went well for installation. Very polite workers. Site cleaaned up well. Answered our questions. @18 mths later there was some leakage around two skylights. Contacted Lattemers and they sent out someone right away who recaulked around the skylights.

Description of Work
esitimate only would call again