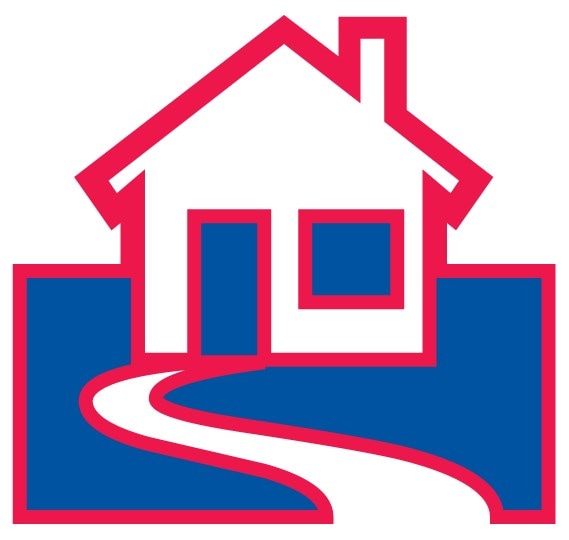 Extremely successful and quickest way to receive a quote is by TEXT....PLEASE SEND PICS OF YOUR DECK, FENCE OR HOUSEWASHING PROJECT TO 330 278 4300....or Give us a call. We have been in business since 1989. We bring weathered decks back to life! Whether your deck needs boards replaced or a complete overhaul, we do it all! Quality work at an affordable price. Call today for a free quote & consultation! Services offered.... Deck and fence clean and treat HOUSEWASHING and WINDOW CLEANING CEDAR RESTAINING ALUMINUM SIDING REFINISHING INTERIOR PAINTING DECK BOARD REPLACEMENTS, TOP RAILS AND ENTIRE FLOOR

The company placed a postcard in my door so I called to get an estimate to have my deck cleaned and treated. The first call was never returned but I called again a week later and I spoke to someone who said once the weather cleared he would do a drive by. That was over a month ago and nothing. If they didn't want my business, why bother advertising the company by placing information in my door?

My apologies to the customer for not looking at their deck. It is certainly not about not wanting their business. Sometimes an estimate can slip through the cracks and we never want to upset a potential customer. I did meet with this customer after the review was posted as well.
5.0

Very good, and pleased with the service. Will be back to replace 2 boards/stain. Around the middle of August 2020.

Description of Work
Clean Deck and front porch, replace to boards & stain (on order when in will finish)

Washing was good. The guy that did the stain did a fantastic job of prepping protective covers on my house, walkway, shrubs and even the trees by the deck. The stain was evenly applied on all surfaces. It looks great. I'm really pleased.

The deck was a complete disaster when I bought my house. I truly needed an exorcism. It was splintering, sun beaten and faded. Terry's crew came over, power washed the deck to a smooth surface, it restored the wood and then sprayed the deck. They showed up promptly for the work, were very efficient and I was stunned with how amazing my deck came out. Looked like a whole new deck. Will be hiring them again in the future. Amazing work.

Terry responded quickly to quote the deck, was able to take advantage of weather and scheduling to timely perform the work and when asked to address punch list items he had his crew do so quickly; they even touched up more than I had asked. Communication along the way was maybe more a B to B- but he eventually responded and followed through with his commitments. The work itself was excellent and the preparation to mitigate paint overspray was thorough. Our deck is fairly large, from start to finish, including cleaning/power spraying, preparation and board repair, and painting/punch list itself it took 4 working days in total and 5 calendar days. I would use the Deck Doctor again.

They were professional and courteous. We are pleased with the work.

I made sure I got stuff out of their way as best I could to make their job easier. They did a good job and came on about the date they said they would come. I have used them a couple times and will hire them again n

Protect a Deck came out and gave an estimate to paint my deck and replace 12 bad boards. The work was done in a timely manner and looks great. They cleaned up everything. I would hire them again.

Description of Work
Had deck painted and 12 boards replaced

Deck washed right away but due to rain it took a few weeks before the deck could be stained.

They were professional and courteous. We are pkeases with the work and recommend them to others.

Protect a Deck and More did an awesome job on power washing and sealing my patio, driveway and 2 level deck. Colin went above and beyond to provide products suiting my needs and was very professional, efficient and thorough.... completing the job as promised. I would highly recommend them to anyone!

Technician Zack did an awesome job.....went above and beyond to make sure the end result turned out great. Long wet summer resulted in a heavier algae coating than normal but Zack made sure he spent the time to remove it all. very pleased with result.

Thank you for the evaluation of our job. Hopefully we will see you again in the future.
5.0

I was very happy with the young man who came and pressure washed the deck. The following day, Tony came and stained the deck. He matched the color perfectly. Both men were very professional and did excellent work. The price was very fair. I would use this company again.

Description of Work
The deck was pressure washed and stained.

Thanks much for your review of our work. Hope to see you again at some point in the future.
1.0

Both projects I hired Deck Doctor House Medic and Painting Too for were extremely disappointing. I contacted Deck Doctor after finding them on Angie’s List. Terry seemed friendly, provided a quote quickly, and I hired his company for both deck staining and interior painting. The deck stain seems to have absorbed dirt/dust and can not be cleaned, and the interior was left incomplete. Terry says he takes responsibility for the interior (but has not offered to correct it) and initially blamed the deck on the fact I have two big dogs (I’ve had big dogs and wood decks for decades and have never had this issue) later switching blame to Sherwin-Williams’s product. Terry never came out to see either project, but the Sherwin-Williams's rep did come by to see the deck and said it’s among the worst he’s seen. The rep tried to power wash it, but also couldn’t get the stains to fully lift. I have no expectation the deck will magically repel dirt - I simply want to be able to wash the dirt off or have a heavy rain leave the deck fresh-looking. Since the issues have come up, it’s taken Terry at least a week to return any of my calls, if he even does. There's no way for me to know if the fault with the deck lies solely with Terry, the paint company, or a combination of both, but it definitely shouldn’t fall on the customer to fix issues on a project they paid to have professionally completed and clearly went wrong. I followed Terry’s directions to make sure the deck cured properly, and aside from that, my only involvement with the project was hiring Deck Doctor and picking the paint colors. Though Terry picked the timing to clean and stain the deck as well as the product to use, he places the blame anywhere else, offers no help for a solution, and walks away. The only input I’ve gotten from Terry is to write a bad review about Sherwin-Williams. Neither project has been corrected, I’m now out over $2,000, and continue to wait for a call back from my last call over 10 days ago. At this point, all I want is money back and I will work with someone else to correct the mess left behind.

Couldn't have asked for anything more, prompt, courteous, professional and they did a great job!

Terry and crew did a great job. Prompt, professional and an great job. We had used them before and they were good. Second time (years later) was excellent also. I recommend them.

Description of Work
They re-stained our deck

Thank you for your review. Hope to be your deck treatment company again in the future.
5.0

Work started and completed on time and clean up went well. Contact of lighter shade beck bird with the darker upwright looks great.

Excellent, This review is long overdue. Got in got it done and looks great!!!

Thank you for allowing us to work at the breathtaking property and enjoy the views of Lake Erie! Hope to see you again at some point soon!
5.0

The team at Deck Doctor was fantastic! I’m very pleased with their work and recommend them highly!

The Service was good and they performed the work exceptionally well. The deck now looks like new.

It went fine. I was happy with everything

The deck turned out beautiful. That man doing it even had to work around a big bee hive and got stung a couple of times. They also power washed an adjoining cement patio and washed and painted a wooden swing. I would definitely recommend the Deck Doctor!

Description of Work
I had not had my deck maintained for many years. It needed to be cleaned,sanded and painted.