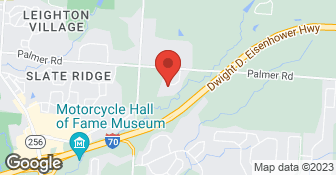 Diamond Construction Service is family owned and operated for over 20 years....

Our team is a construction company built with experts with over 85 year of combined experience which can give you the peace of mind that you have the RIGHT people doing the job. When you work with us you have entire team on your side. Every project you will have a Scheduling & Billing Specialist, Point Man that will run the day to day project, Material Man ensuring your material arrives to the site on schedule, Demo Team should your project need demo, Skilled Professionals construction contractors completing the job, a Cleaning Team to ensure we work in a clean and safe environment and also to make sure you don't live through a construction zone!  …

We specialize in exterior sewer drains,waterline replacements and camera service.  …

The RC Team is a full-service general contracting company to cover all your needs. From the excavation of a new house, remodeling an existing kitchen, to the installation of a new deck, we do it all.  …

Went great...got the water line repaired and replaced a valve for me.

Description of Work
Repair water service line outside my house.

It went great. Don was able to repair the service in a very sound, but cost effective manner. He knows what he is doing. He can be trusted and does not cut corners. Needless to say a company run this way is busy and so you may have to wait to get stuff done. If it is an emergency he will get on it asap.

Description of Work
Repair of a broken water service line.

Donnie was great and I would recommend him to anybody.

Description of Work
I had just bought my first house and was trying to get settled in. My first week there my toilets went crazy and flooded my bathroom. The next morning I called Roto-Rooter and had them come out the next morning to look at my toilets and sewage. After a couple hours of using a snake, they called in a guy with a drain cable camera and afterwards he gave me a quote for an astronomical amount of money. My dad referred me to Donnie who had done great work on his home. We called Donnie on a Saturday night and he was luckily 5 minutes away and was there within 5 minutes of the phone call. Donnie came out looked at my problem and quickly diagnosed the issue and quoted me a substantially lower amount of money. I was in a situation when i couldn't use my toilet or take a shower without fear. Donnie came out the very next day out of the kindness of his heart due to the severity of the situation and dug into my backyard. He replaced my pipes underground and provided a peace of mind with his work. Donnie did the work of three men in two hours. Donnie was very professional and amazing to talk to. Donnie believes in running his business with integrity and his actions reflect that. I couldn't have asked for a better experience especially during the first week of living my first home.

We have two drainage systems that originate in the backyard near our patio which were overflowing and spilling onto the patio. One of the systems had been twice (once by previous owners and once by us) and it was not done correctly. Needless to say I was hoping that Don and his team would be able to do it right and further complicating things is we have an irrigation system and an invisible dog fence. They worked tirelessly to get it done and although there were a few bumps (cutting of irrigation system and dog fence, they were repaired on the spot by Don and his team.), overall the job went well. We no longer have any water on patio and the drainage systems work better than ever. Regardless of how heavy the rain is, no water backflows onto the patio. We even hooked a second sump pump into one of the systems and it works beautifully. The smoothed down the dirt where they put the drains and seeded it and now the grass has grown to the point where you almost cannot tell they were even there. I suspect by next spring, the grass will be uniform with the rest of the lawn. Don was honest from the start and did make a genuine effort to make sure we were satisfied. It probably helped that he is there the entire time to supervise his crew. He makes sure to remain on site the entire job rather than just leave his crew to fend for themselves. I would recommend Don and Diamond Construction for drain replacement or service to anyone, especially if the job is a bit more complicated.

Description of Work
Installed two exterior drainage pipe systems from downspouts out to the street.

It took several days due to inclement weather, but John kept us informed

Description of Work
Replaced waterline from street to house

They were professional. I would highly recommend them.

Description of Work
I used Diamond Construction. They hooked up city water for me.

It went really well. He was very knowledgeable and shared his concerns for some other drainage so the job could be done completely and not cause future issues. I didn't end up going with him, but only because I opted to attempt the project myself.

Description of Work
Came out and gave me an estimate for some drainage work.

Don was a great Guy! Did the work on time and was very professional about it. Told us all we wanted to know about poly tube and how it is very good for water lines to the home. Explained that the existing water line was not installed correctly because (40+ years ago) the building code did not require the poly tube to be sleeved near the home. The house settled and caused the break in the line. He sleeved the entire line! Great Job. The city water Company had to come out and inspect the work before he could cover it back up. The inspector was amazed that he sleeved the entire line. He just couldn't believe that any contractor would do this and he was amazed he kept saying Don went above and beyond what was required! The inspector even had to stop Don and tell him what a great job he thought he was doing! Diamond Construction Services will be the first contractor I call for any excavating needs!

Requested a quote to replace a broken water line in front of my home. The replacement was done in a timely and professional manner and they even replaced the water meter inside the home to make it more accessible. The ground did sink and they came out and filled up the hole. The ground sunk again and they came back out to refill once more. I would recommend them for replacement of the water line. FYI -- I had my line repaired twice before the replacement by two different companies and I would recommend just replacing it as the cost was half of the replacement; one thinks a repair will last a long time, but not in my case...

We were having some trouble with our sewer line, which another company told us was likely collapsed and would have to be replaced for $7000. We wanted other estimates for repairing the line, so we asked Don, who was referred to us by the Reynoldsburg city sewer dept., and he brought a plumbing contractor he works with to run a camera through the line and better identify the problem. The problem was that tree roots were clogging the line, and the other company that we'd hired to clear the line had essentially done nothing but open a small hole for the water to flow through. After expecting to be at our home for only 1 hour to run the camera and determine the best course of action, Don and the plumber (Eddie West) worked tirelessly for more than 5 hours (until after 8pm and in our crawlspace, no less!) to clear the line of tree roots and finally run the camera through. The line was not collapsed and Don suggested repairs would not be necessary. Both men were very professional, punctual, and hardworking. In fact, they both seemed to feel that they were making right on a situation in which another company basically ripped us off. Although I did pay Eddie for his work (he charged a very fair rate), Don would not accept any payment for the time he spent here. I feel this really demonstrates his kind and professional manner, but is also significant because he was not telling us we needed to use him to make $7000 in repairs, but that we would not need to have any work done unless we wanted to put a line clean-out in the yard to supplement the one in the crawlspace. All-in-all, a great experience, and I'd recommend these guys to anyone.