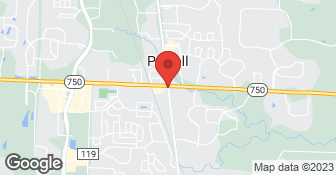 Family owned business with a focus on quality and efficiency. Our highly trained technicians are ready to provide excellent customer service.  …

If you’re looking to increase your curb appeal or sell your home we have the perfect solution. Ladder 1 Pressure Washing LLC is Firefighter owned and operated. We specialize in commercial and residential cleaning from siding, roofs, concrete, decks and fencing. We offer the best pricing in the area along with excellent customer service. Fully Insured. Soft Wash House Washing--Is DIRT, MOLD, or MILDEW on your siding ruining your curb appeal? WE CAN HELP! House washing is the perfect solution. Low Pressure Roof Cleaning--Is your roof looking DARK, STREAKY or DISCOLORED? Don't replace when you can restore! Concrete Cleaning--Driveways, sidewalks, walkways, patios and pool decks. Your property concrete surfaces will look new again. PLUS Deck and Fence cleaning.  …

You will receive friendly and professional service from the moment you call right through to when we finish your job. Our technicians have your complete satisfaction in mind. If you are not completely satisfied, just give us a call. We will be right back and address the issue, or your money back. We are your one stop exterior cleaning company. Our technicians are skilled in a variety of fields and we proudly use green cleaning products. Visit our Newly Designed Website at www.2020viewllc.com.  …

Stupid me for not checking Angie's list before purchasing the Groupon. Bought it in August and couldn't schedule until March. Then they didn't show up at all, no working number. Called Groupon, which credited me for the cost.

Not even sure if this company is still up and running. There is no working number for them locally or nationally. I bought a Groupon for window cleaning and the appointment was booked through Groupon. I could never reach anyone at this company. They did not show up. Many complaints about this company online. I called Groupon and they are aware fo the problems with this company and are refunding Groupon customers.

Description of Work
Nothing, they never showed up. No way to reach them.

I bought a "Groupon" for American Window Cleaning to clean my gutters, this past spring. When I called to schedule an appointment (which was difficult in itself - it took numerous attempts and messages before I could even speak to anyone - over a week), they were booked for months ahead - and the gutters needed to be cleaned badly. So, I hired another company to come and do the spring cleaning. I scheduled my AWC "Groupon deal" gutter cleaning for November 7th - fall cleaning - between 12 and 2. I called about a week prior to confirm the appointment, and the "mailbox" was full. I called the home office, in Washington state, and their number was not working. I tried both numbers numerous times, as well as e-mail. I thought, well maybe they will show up when they said - but, no, they did not. I don't know if these guys are just incompetent, or if they are just crooks - either way, there's no way I would give them anything other than an "F" grade. In the meantime, I contacted Groupon and they issued a refund to me. So, I was lucky.

Description of Work
They were supposed to clean my gutters (I had pre-paid with a "Groupon Deal"), but they did not show up. I think they're crooks.

I purchased a groupon with this company for window cleaning. I made the purchase in June 2012 and made an appointment for July 25th for the service. They confirmed the appointment via email but never called and never showed up. I have tried repeated to communicate with them and they ignor my requests. After a month of pursuing resolution, I asked Groupon for a refund. I would never call on them or recommend them to anyone.

Description of Work
No services were performed - they never showed up at our appointed time.

They showed up, did half the job and said they'd be back the next day to finish the job as they were running out of time. We're trusting people (stupid us) so we paid them in full trusting that they would honor their promise. They never showed up to complete the job. After repeated calls, the owner finally called back and said that he was told by his crew that they had returned and finished the job. He said he'd look into the matter and that he'd be out to inspect and finish the job. He never came back and has stop returning our calls. THEY TOOK THE MONEY AND RAN. Avoid American Window Cleaning. They are not reputable. Note other contact info: Mike - 270-2963 awcohio@gmail.com

Description of Work
Residential window cleaning - inside and out. All windows