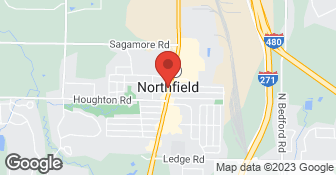 We provide a professional service. Our team has someone in each area of expertise. We offer wide range of choices to suit every budget. Take a moment and view our website www.checkmarkohio.com....

My gas water heater stopped working, no pilot light (wouldn't relight). I called, left voicemail. A short time later they returned my call. In less than two hours the Checkmark repairman arrived. Shortly there after he had it running for just the minimal price of the service call. He even took the time to show/explain to me what he did to fix the issue so that if it ever happens again, I may be able to troubleshoot it further and possibly fix it myself. Repair service and education ... yes, I not only would use their services again (should the need arise), I would also recommend them.

We had a bad leak and our regular plumber was out of town. The plumbers arrived and assessed the situation, we thought. The quote we were given changed 3 times. New pipe was soldered to old. To be fair, our pipes are not in good shape, but we are used to having the entire situation looked at and being given a final price (as opposed to "we found another leak"). He came back the next day and took care of a pipe that was still leaking. We had another leak after that (taken care of by someone else) and our drain is still backing up, so we have to deal with that. Also, we understand why the ceiling had to be cut out but not such a large part of our wall.

Description of Work
Repair of pipes, main drain snake out

I an finding another plumber. I added him to the list initially; this is why I am upset that I haven't heard from him.

Description of Work
I have tried to contact this provider 3 times since Thursday. The receptionist said he was doing work in Sandusky. She said he hasn't forgotten about me and will get back to me. I have yet to hear from him.

Checkmark fixed for a decent price. They were friendly, punctual, and cleaned up when they were done. I'd def use them again.

Description of Work
Toilet was leaking because of neglect by the contractor who did our bath reno.

Mark came out and I explained situation to him, that someone else could not fix the problem. I told him that I have a leak in my ceiling. He gave me a fair price and the job was fixed right and completed on time. The job consisted of him cutting the ceiling, taping/sanding and stucco. He re-kaulked my shower. Added two pop-up plugins for the sink. Great guy! Would definitley use again!

Super Service Award Winner in Windows! GBH is family-owned, assuring you that everyone here is committed to the impeccable reputation of our company. We know what it takes to give you the highest quality products along with top-notch customer service! Our team has been put into place firstly and most importantly for their ability to deal with customers in an easygoing, courteous, & professional manner. They possess common sense and the ability to handle any situation. Understanding our customers' needs and working around any problem is our strong suit. Since we work as a tight-knit family, no issue ever goes unresolved. No one will ever hesitate to escalate any situation to someone else if they cannot resolve it themselves. 16 EMPLOYEES. NO SUBCONTRACTORS. Cost determined per job, no travel charges.  …

All statements concerning insurance, licenses, and bonds are informational only, and are self-reported. Since insurance, licenses and bonds can expire and can be cancelled, homeowners should always check such information for themselves.To find more licensing information for your state, visit our Find Licensing Requirements page.
General Information
Free Estimates
Yes
Eco-Friendly Accreditations
No
Payment Options
Check, Visa, MasterCard
Emergency Service
Yes
Warranties
Ask for details

Checkmark Plumbing Contractors & Design is currently rated 4.4 overall out of 5.

No, Checkmark Plumbing Contractors & Design does not offer eco-friendly accreditations.

No, Checkmark Plumbing Contractors & Design does not offer warranties.