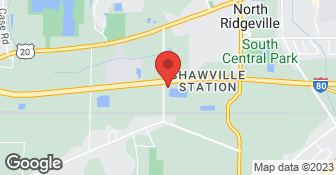 Family owned since 1972. We offer all construction trades for residential, commercial, and industrial. Deal with one contractor and no subcontractors. Licensed bonded and insured....

It goes perfect every time I hire them

Responsive, and came out quickly. Sent two guys.. one staying primarily in vehicle. Determined tank would need to be emptied before replacing pump. Turns out, rather than emptying the tank into a truck, they hosed it out into the yard. ??? Replaced the pump, then handed us a bill that included a bill for 10 hours labor for a 4 hour job. Turns out we had to pay for the guy who remained in the vehicle as well as the time spent away from the job shopping for parts. Job was right around $1K, similar job a few years ago was under $400 from another contractor. Responded aggressively to questions. Will not hire them again.

Description of Work
Pump in septic tank needed to be replaced.

Professional Pressure Washing Job of Driveways, Pavement, and FREE CHAIRS. Over 5 years of experience. Blinxus Wash is a professional power washing company that pressure washes driveways to make them look new again. Just give us a call today to get your project started and a free quote!  …

No project too big or small. We are state licensed in all trades.

JA Kilby Enterprises is currently rated 3.5 overall out of 5.

No, JA Kilby Enterprises does not offer a senior discount.

No, JA Kilby Enterprises does not offer warranties.

JA Kilby Enterprises offers the following services: No project too big or small. We are state licensed in all trades.