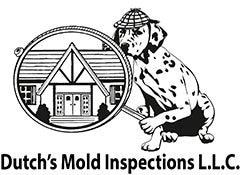 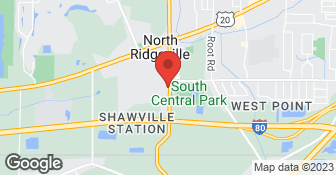 Please give us a call today for a no hassle estimate and consultation 440-748-4660. Rick Nesselhauf, owner of Dutch's Mold Inspections and Dutch's Home Inspections has been in the Cleveland area building industry since the late 60's and has been performing Home and Property Inspections since the late 70's. Rick has passed the National Home Inspectors Test, takes over 30 hours on continuing education classes each year to keep up to date with any new technology and protocols pertaining to the Mold and Indoor Air Industry. Rick has 8 Certifications in Indoor Air, Mold, Allergens and Remediation that has earned him the certification as a Master Indoor Environmental Specialist. Rick is a HUD approved Contractor for Mold Remediation and Mold Inspections. We also have an excellent track record in working with Hoarders and their families and cleaning and sanitizing distressed homes. I do not sell any products or "Snake Oil" remedies. Although we are very capable, I do not perform restoration work except on a very limited and small basis. I would be happy to provide you with other Angie's List contractors that I have worked with in the past that would meet your needs for the remodeling work....

Excellent. We were very happy with service preformed and the two associates that did the job!

Description of Work
Mold removed from attic. Ventilation fixed so it would not happen again.

Very well. I couldn't find the recommended product at two local stores, but I was able to order it online for a reasonable price. The process for using the product was just as described and didn't take very long. I'm pleased with the results. I really appreciate getting good advice for free, and if I ever have a larger problem, I'd contact Dutch's Mold Inspection again. I will also keep the contact to refer to others.

Description of Work
No work needed to be performed. I explained to the client how she could perform the Sanitizing.

Very well and completed as agreed .

Dutch's mold crew were thorough, professional and responsive in cleaning out our partially finished basement. We had mold growing behind the finished walls that had escaped into the basement and was beginning to give us allergies, and they removed everything in the basement that could harbor spores or be hiding mold (carpet, siding, drywall, insulation) and cleaned what was left. Other contractors had suggested removing only the siding etc in the finished half of the basement, and had quoted a lower price, but I was glad after the fact we had gone with Dutch's more thorough removal as there was mold beginning to grow in hard-to-reach spots throughout the basement, and in some of the insulation around the rim joist. They also were the only contractor we talked to who put an air filter inside the living space as an extra precaution, in addition to filtering the basement air and cleaning everything with HEPA vacs before sanitizing. The crew took a long time going over things with us after the work was done, including pointing out non-mold -related issues like wiring they had capped off after removing fixtures and a weakened structural support beam they uncovered. We had a follow-up concern a little after the project was done, and they came right back to check on it and go over the situation with us. It wasn't a project we wanted to have to do, but it was reassuring to work with this company.

I have been very satisfied with their professionalism, timeliness, explanations and follow through.

Description of Work
We have twice hired Dutch's Mold Inspections to remediate mold in areas of our home. In 2018, the company remediated mold in the attic caused primarily by improperly installed bathroom fan venting and by overall ventilation. In 2019, they removed large items from our basement for disposal and cleaned/treated mildew on walls and items staying that was caused by a footer blocked with mud.

Very professional. Provided estimate in a timely manner, provided accurate estimate of when the work could be done, arrived each day on time, cleaned up adequately, and required payment in cash or check immediately upon completion.

Great. In and out in two days. Wonderful work ethic. Crew of 3-4 both days. Filled 1.5 dumpsters full with dry wall, ceiling tile, bags of garbage that I had produced for them in cleaning my basement, etc. etc. Sanitized all and wiped down. Accepted ANgie's List and senior coupons readily, which assisted in price.

Description of Work
Mold remediation in my basement

We couldn't be happier with their work. Everything was cleaned up. They explained all that we needed to do. Price was more than fair. Workers were very professional. We can't say enough good things about our experience with this company. We highly recommend them.

Description of Work
Basement needed mold removal. They did excellent work in 2 days.

Rick came and did a great job of inspecting and explaining causes of the mold growth. His team was very punctual and professional. They did a great job minimizing any tear outs and even pointed out items around that house that need attention that were not necessarily related to their work (which I really appreciated).

Very professional services. We discussed my concerns with possible mold behind drywall in a basement that had severe corrective mold services over a decade ago previous to us buying the house. We are about to do a mild upgrade to that area but had a slight mold smell that had us concerned. He checked all areas of the walls and other areas of the basement that adjoin the room and even lifted up the edge of the carpet (it is getting replaced) to make sure there was no systemic problem. He did identify topical mold on original (1940's) paneling and ceiling with his opinion that it was most likely residual from the earlier issues. He recommended a topical environmentally green cleaning product that would remedy the issue. He also suggested I replace the carpet with laminate or tile as it would be the best flooring for the area. I plan to take his suggestion.