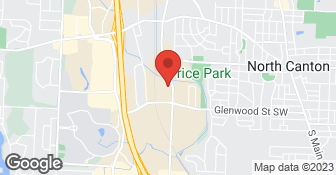 We are an award-winning construction company that provides residential and commercial services, as well as green energy products that give tax incentives to the owner. What separates us from other contractors is the fact that we've partnered with a veterans charity, Mary's Mission Outreach, with the goal of providing needed services to disabled veterans at absolutely no cost to them.  …

He was here about two minutes and fixed the sensors. I was still charged the $99 service call. That was a tough charge for that. We always used them, they had come early and late before. I did not know about the charge otherwise I would have figured it out. He was a very nice man. The woman on the phone said something about sensors and I said what and she sent someone over. She could have told me how easy it was but didn't. She could have told me about the charge on the phone and did not.

Description of Work
I used ACCURATE WINDOW & DOOR SYSTEMS for garage door that was starting to close.