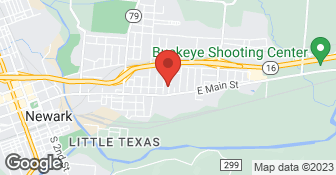 We are a Christian family owned and operated business providing, honest quality work at affordable rates. We have have a small but efficient staff. We have only been in business for one year, however, the owner/operator has 16 years experience!

By far the worst experience we’ve ever had with any type of service! We had to manage the project with phone calls and meetings every single day. We were told it would be done in 30 days, at 60 days we were laughed at and told it would be done in a week. From start to finish it took 3.5 months! And even when it was “finished” there were touch ups that still needed done, there was no final walk through, and the mess that was left behind was atrocious. We had drywall dust and mud everywhere - including our antique pool table that they used as their table for tools, drinks, trash, and whatever else they felt like piling on. They only put a drop cloth over it after we asked. I would NEVER EVER recommend this company to anyone, not even my worst enemy.

HORRIBLE! WE HAVE 13 REPAIRS ON THE CONTRACT AND ONLY ONE WAS ADDRESSED!! AND THAT IS TERRIBLE! TILES ARE CRACKED AND CUT WRONG. WE JUST WANT OUR MONEY BACK!!!

Description of Work
Signed a contract . I paid in full. That was in July. I gave him $2,000.00. Finally in October he sent out a guy to replace the broken bath tiles. AWFUL work. Then he sent out 2 other guys. One he didn't EVEN KNOW! I'VE ASKED SEVERAL TIMES FOR MY MONEY BACK. HE SPOKE TO MY HUSBAND AND WAS TO CALL TODAY TO GET OUR MONEY BACK. NO PHONE CALL !!!

My disappointment expressed in this review is far more than I can write in words. I have never come across this level of unprofessionalism from any kind of business so far. I am sharing this experience so that anyone who is planning to hire grace restoration LLC for their home improvement make an educated decision and know what they are signing up for. We were contacted by grace restoration as a result of an inquiry we put in thumbtack for building a new composite deck. We were contacted very quickly by Andrew who mentioned was the owner of the company. We were then consulted about the size, materials, design and were quoted the price. Since we just started inquiring and getting quotes we had mentioned that we will be needing few days to decide. During that initial phase, Andrew was very attentive to all our questions and thoroughly followed up with us and was able to convince us to sign the contract. We decided to sign the contract and we were told to pay the deposit right away to secure the delivery timeline. We were assured that once the city and county permit gets approved, the deck build will start right away. Believing that, we signed the contract and paid the deposit. And that is when everything went downhill. We followed up with Andrew to check on the permit status, and provided him with our HOA approval. After multiple follow ups he mentioned that the approval was received. So we expected what was agreed upon, which was to start the deck build right after the permit. That's when we found out that we were misled. He mentioned about the start date being delayed due to the existing project engagement he had. We are understanding people, and we understand that sometimes things does not go as planned, so we told him to assess his current project and let us know the date he is able to start our build. After several days and after multiple follow ups he let us know that he will be able to start and finish our deck before end of July. We patiently waited till July 24th and we did not hear from him about any plans of either measuring and dropping any materials at our home. So we had to call him again and after a long conversation he told us that he will be able to start before august 1st and we believed his words again. As expected he had not planned on getting this started at all, so our frustration was obvious. We had spent so much of our time and effort on trying get someone to comply with the agreement they made and to add to that instead of him calling us to let us know things are not going as planned, we were having to call him to ask him what the hold up was and in response we would get all kinds of reasons. If a job was impossible to do because of whatever the reason was, professionally we expect that a business let us know that they cannot meet our timeline expectations and refund our deposit. But we were just left hanging with "we are almost done and almost ready to start" for the entire two months. We had lost so much time, energy that we were very stressed by this, and the excitement of wanting to have a new deck built had turned into a very horrible experience. After over 2 months of headache we finally decided to ask our refund back because there was no way we could trust someone like Andrew to get the job done right when it was such a big struggle to start. To those who want to get anything built by Grace restoration LLC, please think twice before you sign and pay your deposit. If possible try to get the work started before you decide to pay anything out of your pocket. We just hope that no one would have to go through this terrible experience we had to go through. P.S. Grace restoration LLC is actually a big DisGrace

Description of Work
We wanted to build a new composite deck.

Took 17 weeks and had to hire someone else to finish

Took 5 months to complete, had to redo center post after we discovered it was 9 inches off center, had to tear up half the decking and redo because of uneven spacing, had to redo the steps. Many other issues that we fixed ourselves because we did not feel confident it would be done properly by them. Had to come back and redo the electric because it didn't pass inspection. We paid professional pricing but received amateur quality work, at best. I do not believe a tape measure nor a level were ever used on this project!

Description of Work
Constructed a 12 x 16 porch with roof

I contacted Grace Restorations LLC to get an opinion of what the problem may be and to get a quote to fix the issue. Andrew came out, looked at the laundry room floor/kitchen ceiling and provided some possibilities of problems and solutions but did let me know that the true problem couldn't be diagnosed until the floor was opened up. This meant a true final estimate couldn't be provided but he was able to give me a ballpark number. After meeting with other contractors and receiving other estimates I made the decision to go with Andrew and his team. Once the day came to start work, the team came out opened the floor and immediately was able to address all the problems. Andrew stayed on the jobsite until the issues were discovered and explained/showed me each one and what would need to be done to fix the issue then his team went to work. Everyone at Grace Restorations has been friendly, professional, and has demonstrated that they care about their clients and want them to be happy with the work that is done. I couldn't be happier with the repairs and the new laundry room floor. I even added in replacing my lighting in the kitchen while they were at it and I have already contracted Grace Restorations LLC for my next project. Thank you for a job well done to Andrew, Sam, David, Travis and the rest of the Grace Restorations team!

Description of Work
The floor in my laundry room on the second level of my home was starting to sag. I wasn't sure if this was just due to the weight of the machines or if there was another problem going on either way the issue needed to be addressed so that my washer and dryer didn't end up coming through my kitchen ceiling.

When your property is affected by fire, flood, mold, or storm damage, you can rely on our team to do everything possible to restore all cleanable items back to their pre-loss condition. Or if you are just in need of carpet cleaning or other floor cleaning needs! We provide a full-service, comprehensive solution for home owners and commercial property owners in need of carpet or floor cleaning, contents cleaning and contents restoration services. Through each stage of the contents cleaning process we will handle your property with care. 10% off for military personnel and senior citizens! We specialize in; Water Damage Carpet and Floor Cleaning Mold Remediation Emergency Boardup Services Smoke and Fire Damage Content Cleaning & Restoration Packout and Storage Home Reconstruction and Restoration  …

Bonded
Insured
All statements concerning insurance, licenses, and bonds are informational only, and are self-reported. Since insurance, licenses and bonds can expire and can be cancelled, homeowners should always check such information for themselves.To find more licensing information for your state, visit our Find Licensing Requirements page.
General Information
Free Estimates
Yes
Eco-Friendly Accreditations
No
Payment Options
Check, PayPal
Senior Discount
No
Emergency Service
Yes
Warranties
Ask for details

Grace Restorations LLC is currently rated 1.9 overall out of 5.

No, Grace Restorations LLC does not offer eco-friendly accreditations.

No, Grace Restorations LLC does not offer a senior discount.

No, Grace Restorations LLC does not offer warranties.