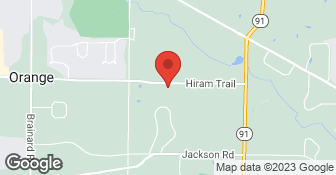 DAC Construction LLC. is a HIGH QUALITY General Contracting Company that has been in business since 1980. We Stand Behind our Work and GUARANTEE OUR LABOR FOR 5 YEARS. ...

First two bathroom redo's went pretty well. Nice crew to work with. Most of the work was well done. It was difficult to get anything really finished: came back to put knobs on new cabinet doors and to caulk over shower grout crack that had opened in corner almost immediately after work (by contract tiler) was completed almost a YEAR after bathroom was "completed" and fully paid for. Still waiting for one radiator cover top (also paid for and not done as promised) to be remediated. Project started 21 months ago. Corners were cut in some areas but overall work was acceptable. Included plumbing, carpentry, tiling (sub), electrical (sub), setting granite tops, etc. Subsequent small half-bath project has been a disaster--workmen started, disappeared. Finally managed to get them back to install the new toilet and set the vanity base. Workmen disappeared in mid-job and principal did not call them back (some waiting to work). He just left client to resolve vanity top problem (long story) on own (and he then measured wrong to have the stone cut so client had to haul it off to be redone). Paint was left unfinished, small hole left in wall area. What remains to do: set vanity top, install and plumb sink and install faucet, mount wall towel rod and toilet paper holder and complete paint job. Probably no more than half to one-day's work left to complete. Principal repeatedly promises to get back to me "tomorrow" with a time someone will come to complete the job. Does not happen. Have been without a working sink for 7 months plus. It should have been completed before CORONA virus shut down. Principal last promised four weeks ago to get back to me with a date for work now does not return calls. He has left debris in client's garage (which was not usable to park a car for the entire winter). Virus has disrupted everyone's life but the lack of communication is unacceptable.

They did a great job. The wall tile, floor tile, vanity and top, and paint all look great. They helped us with the design too, much appreciated.

Very professional, easy to get along with, reliable - here when said and finished in timely manner.

David and his team did excellent work replacing the tub and shower surround in my master bathroom. He was quick to supply me with an accurate quote for the work and spent time with my wife and I going carefully through the terms of the contract and making sure everyone was clear on what was to be done and when. His team was always on-time, polite and efficient, and cleaned up after their activities each day. There were some challenges, as there are during any remodeling project, but David was quick to respond to any questions or concerns and ultimately made everything right. We are very happy with the end product - it is a beautiful job - and we enjoyed working with David and his team.

Description of Work
Replace tub and shower in master bathroom

It was very beautiful. Wanted a dutch door, they made one for me out of solid wood. His worker spoke up and said he could make it. he did the most beautiful job you ever did see. Gorgeous. so now i have a dutch door as well as all of those fixes,

Description of Work
redid my kitchen, repaired all the walls and ceiling. woodwork freshened and the skylight.

David does a great job communicating expectations. He oversees the men and monitors the events of the day ensuring projects are progressing. He provided on-going communication with us advising of goals and setting expectations for projects. He moves his men to 'not waste their time' should something not be available. He works with a fantastic supplier of wood flooring. The men who work with him are respectful and professional. They are self-directed on the job and we felt very comfortable with them alone in our home. They would clean up their messes and respected our home. David would go with us to vendors to assess and choose products (tiles, toilets, sinks, fixtures, etc.). He utilized products we had purchased . We are very pleased with our finished projects and enjoying the great work they all provided! We will continue to use David (as we did this week) for our on-going home needs. He responded promptly to our recent situation which we greatly appreciated!

Description of Work
2 1/2 bathrooms gutted and renovated, wood flooring in bedroom, hall and stairs. Painting of bedrooms and doors throughout the house. Fixed a water leak in ceiling of kitchen. Miscellaneous . outside updates, vinyl around garage door, new front door, insulation under bay window in kitchen. Power wash of home.

We used DAC Construction to redo two bathrooms. Their workmanship was excellent and the bathrooms came out beautiful. We would use them again when we decided to modernize another bathroom. We have called them back for minor corrections and they have returned without any additional charge. The owner and his workers were very personable and easy to work with. They were also excellent at making design suggestions. DAC uses reputable suppliers. We love our bathrooms and receive many compliments from guests who visit our home.

Description of Work
Remodeled two bathrooms (one half and one Master on-suite).

We offer a wide range of services in Home remolding and building. We have an A+ rating through the BBB.

DAC Construction LLC. is currently rated 4.7 overall out of 5.

No, DAC Construction LLC. does not offer eco-friendly accreditations.

No, DAC Construction LLC. does not offer a senior discount.

DAC Construction LLC. offers the following services: We offer a wide range of services in Home remolding and building. We have an A+ rating through the BBB.