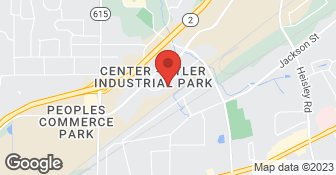 Founded in 1995 by Albert F. Sluga, ALBA Contractors, Inc. has grown into one of Northeast Ohio’s most respected and reliable concrete contractors. Since then, we have continued to expand our services to include waterproofing, sewer and underground utility installation, site work, and commercial construction. As a full-service provider, ALBA Contractors, Inc. provides a broad range of construction solutions for all of your needs. Alba Contractors, Inc. has earned a solid reputation for honesty, integrity and outstanding performance. Our staff is committed to making every construction project exceptional, from the moment we meet until long after we leave. Alba Contractors, Inc. provides services to a wide range of residential, commercial, and public customers. Our success is the direct result of our commitment to complete Customer Satisfaction. This ensures that we can supply all of our customers with the products, services and knowledge they need to make their project successful....

Alba is very easy to work with and has done several projects for us. From replacing concrete to pouring a new patio they have been very prompt, professional and do a quality job at a fair price. I will have them do other projects for us in the future.

Description of Work
They did concrete garage floor, sidewalks and drain. They poured it.

Description of Work
They poured a concrete patio and miss measured the size so the day of pouring the concrete they told me it would be $700 more. This spring the patio had a big crack in it and when they came out to the house they told us there was nothing They could do, that it just happens. and that we could put a concrete sealer in the crack. I have a brand-new patio with the crack going down the middle and it not even one year-old and they're telling me they can't fix it that it's just too bad and it happens. So, no I would never recommend them.

Description of Work
Removed old concrete and replaced the entire front sidewalk, in addition to a large block in the backyard.

Alba Contractors showed up on time everyday it took to complete our job. The workers were always professional and organized. When the job was finished they did a wonderful job of cleaning up. The job took less than a week to completer, approx. 2 - 3 days. Alba Contractors poured a beautiful concrete patio and constructed/installed a stone fire pit in our back yard. We are envied by all of our neighbors. Our patio and fire pit is the place to be on fall, spring and summer nights. The compliments we receive on our patio is endless. Alba Contractors did a SUPERB job!

They were on time and they cleaned up all messes every day the were caring to my needs as I can be difficult to work with. They did some extra things to make the job look great and we were still under budget.

Description of Work
Al & Tim did a great job on my patio!This is the second time I used Alba I referred them to many of my friends and they have been very satisfied. Thanks Alba I will use them again for some waterproofing soon.

While working on the driveway, they removed several feet of grass and dirt on either side of the driveway. Then when they were done pouring, they left it like that. I asked them to fix the yard and was told it wasn't their responsibility. I had to pay several hundred more dollars to another contractor to fix my yard. Within one year, the driveway they poured was cracking, and it has continued to crack. Regarding the porch steps, the top level leading out from my front door was not poured level and has a gully in it, and now I have a puddle there every time it rains. In the winter, it is very dangerous because it doesn't dry and instead forms an ice patch. When I showed this to Al Sluga immediately after the work was done and insisted it be fixed, he told me there was nothing they could do about it. The sub-contractor they recommended to me for my porch steps railings did a poor job of installation, and when I tried to contact him about it, he did not return my calls.

Description of Work
Alba Contractors put in a new driveway and also replaced the steps leading up to my front porch.

Alba Contractors was awarded the contract to water proof (2) exterior basement walls below grade, approx 65 lineal feet in total length. The contract was signed on June 20, 2011 and sent to Alba Contractors with a down payment of $1860 (1/3 of the total project cost). I heard nothing from them and called in early August to confirm the start date. I was advised at that time that the project would be done the week of August 15. I heard nothing more from them and in my follow up call I was advised the project would start tentatively on August 22. Around August 17 I made contact with Alba Contractors to ask if they had heard of a product by the name of and quot;Supersealand quot;. I explained that this was a membrane that was placed on the outside of the wall to help keep ground water off of the wall and disapate hydraulic pressure. I provided product details, link to manufacturer's website, and the name / phone number of the local distributor. I was advised by Alba Contractors that this product would be and quot;looked in to.and quot; Approximately one week passed without a response to my request so I made a follow up phone call to the company, leaving a voice mail. My call went answered so in a follow up email I explained my interest when the project was going to be started and my desire to install the Superseal membrane; either by Alba, myself, or if needed, I would cancel the contract and go with another contractor. To this email I received a very timely response advising me of the penatly of cancelation, quoting Ohio state code and the reasons Alba Contractors was going to keep approximately $1000 of my down payment. I made several attempts to contact the president of Alba, Al Sluga, via phone , leaving several voice mail messages. In all cases I NEVER received a return call. In an attempt to settle the matter I suggested via email that I would pay $200 for Alba's time to quote my project, returning to me $1660 of my down payment. This was quicly refused via email with a very simple statement, and quot;your offer is unacceptable.and quot; After more than two months, I have a cancelled contract, am $1860 out of pocket, and basement walls that still need water proofed. I have never dealt with a company that was so unprofessional, lacked the ability to properly communicate, and showed no courtesy towards the customer. Keep in mind, NO WORK was ever performed by Alba Contractors and NO PRODUCT was ever supplied by Alba Contractors. I would say Al Sluga did a great job of quoting me Ohio state code, justifying his reasons for keeping more than half of the money I gave him. If you are looking for a reputable, ethical, and professional contractor, I would NOT recommend doing business with Al Sluga and Alba Contractors. This is by far the worst company I have ever dealt with. 9/13/11: Roughly 10 days had passed since my last email communication with Alba Contractors. I received an email offer today from Al Sluga reducing the amount of my reimbursement to $1260 with Alba keeping $600. I responded by indicating I would offer to meet him half way and pay $300 with a reimbursement to me of $1560. While I strongly believe I should be reimbursed all of my down payment I hope this offer will be acceptable so we can avoid litigation through the court system. I am waiting for a response to my counter offer.

Description of Work
Alba Contractors was asked to bid my project to water proof (2) exterior basement walls below grade, approx 65 lineal feet in total length. The contract was signed on June 20, 2011 and sent to Alba Contractors with a down payment of $1860 (1/3 of the total project cost). At that time I was advised that their work schedule was backed up but they would be in contact with me to advise of the tentative project start date. I heard nothing from them and called in early August to confirm the start date. The contract was cancelled on Sept. 1 and no work was ever performed nor was any product supplied.

They filled in some concrete and repaired the side-walk. They had other appointments so they were able to finish it only in 4 days. But in this time they were able to tear off the old-sidewalk frame and pour the concrete in it. They did a very good job. Everything from professionalism and responsiveness made the experience very well. The pricing that we got was the best and the cheapest as compared to other contractors that I had researched on, as we went through the city's sidewalk repair program.

Description of Work
One of our sidewalks had broken from the sewage repair and they came out and fixed it for us.

Alba did all of the work in a timely fashion. Where concrete was poured, everything turned out fine. A problem arose in the Spring of 2006, when I noticed the mortar between bricks on the front steps was disintegrating and turning to sand or dust. I called Alba in May 2006 to ask them to come out to look at the steps, and see what could be done to fix the situation. Stonewalling, excuses, broken promises and refusal to return my calls are all there is to show now in October, after 5 months of futile attempts to get results. These steps were described to me by Al Sluga of Alba as the Cadillac of front steps, when he explained why they cost $2000. We received a thank you card in 2002 telling of their goal of providing the best possible service. Now I want service on my "Cadillac", but Al Sluga won't talk to me. My paperwork doesn't show anything about warranty, but it seems mortar should last more than 3-4 yrs. Mediation? Arbitration? This is frustrating!

Description of Work
New driveway, sidewalk, and front steps were put in at my house located in Lyndhurst at 1700 Edgefield Rd. in June of 2002.

How is Alba Contractors overall rated?

Alba Contractors is currently rated 3.8 overall out of 5.

What days are Alba Contractors open?

No, Alba Contractors does not offer eco-friendly accreditations.

No, Alba Contractors does not offer a senior discount.

Are warranties offered by Alba Contractors?

No, Alba Contractors does not offer warranties.

What services does Alba Contractors offer?