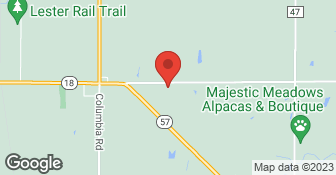 Apollo Pest Control has been serving N.E.Ohio since 1958 providing a Pest Control service along with a Home Inspection Service. We have a BBB rating of a Gold Star which signifies zero complaints since before Jan 1, 2006. We are a full service business offering 24/7 Emergency Service along with Uniformed and Licensed personnel who undergo continous training along with annual licence reviews and random drug screenings to provide our customers with the most educated professionals in the field, from identification to the elimination of your pests. Free estimates over the phone along with tips on prevention of further infestations. We are a family owned and operated Co, striving to provide the best service possible....

Akron Pest Control is a family owned and operated company that has been servicing the Akron area since 1945. We are now in our third generation of ownership! We have 5 Licensed pest managers certified through the State of Ohio Department of Agriculture. We give free estimates over the phone. All treatments come with a guarantee!  …

Had appt scheduled for a set time, Monday at 2:30, and set day. He then called and left a message asking if I wanted to set appt for a sooner time. I got the message through a third party but I was unavailable for the second time so I never responded. He called a half an hour before the time when I was unavailable and asked if I was ready for him to come out. I said no, I never agreed to change the appt date and time. He never said he wouldn't be out on Monday. Monday, at a half hour after our appt time had passed, he never showed. I called his wife, she claims he thought we had an "understanding?" that he made it clear he agreed to go to Cleveland to a school on the same day he had agreed to our appt and that children were the "first priority" for him so he wouldn't be out for us. We had a yellow jacket nest in a second story window right next to a street where kids ride their bikes every day and while I realize there is less money in it than might be in a contract with the Cleveland school system, we have kids in Rittman too. The yellow jackets might have stung a child out here, but apparently that never occurred to him. We are happy to hire a company that does care.

We've used Apollo multiple times for yellowjacket nests and ant control. They are a small, local company and we've always been satisfied with their work, cost, and responsiveness.

Good Service.Very polite and knowledgeable. They offered to come back if the bees come back.

Carl was out immediately, took care of problem, and we're all happy campers now, bee free!

Description of Work
Infestation of bees at our house and our neighbor's. We asked for both to be taken care of.

Very nice man. Professional. Did not charge for inspection call.

Description of Work
Determined how to handle bed bug problem. Recommended another provider.

Carl arrived early morning and killed a basketball size nest of yellowjackets that extended into our garden room ceiling from outside !...We had 100s of pesky bees that were getting dangerous to us...Carl was very friendly, professional and quickly went to work to inject powder and spray into the nest...He explained that it was important for us to remove it after two weeks or we would start smelling it....He was very knowledgeable and reasonable with his fee !...we would definitely call him again !!!

Description of Work
Killed a basketball sized yellowjacket nest that extended into garden room from outside !...Carl was very friendly, professional and efficient !

Description of Work
Removed Yellow Jackets and Wasps from Inside Roof

I called Apollo Pest Control at 5:15pm desperate for someone to come out the next day and spray a bee nest that had been disturbed by the crew putting in a deck for us (hoping to get someone out before the deck people finished and there was no way to access the nest.) Even though I caught him as he was walking out the door for the day, the gentleman I spoke with was extremely pleasant and helpful and offered to come out the very next day by 8:30am. He came out and handled the nest exactly as promised and I was extremely pleased with his service. If you're looking for professional and courteous service this is the person to call!!

Description of Work
Sprayed bee nest that had been disturbed when our deck was being put in.

Had a problem with ants. Gave me an estimate over the phone. Was able to come out the next day. Very informative. Explained everything.