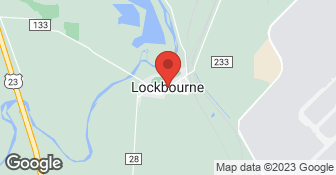 We have expertise in every type of window covering and will create custom solutions to solve even the most challenging window treatment application, commercial or residential. Locally owned & operated....

Lars was very responsive about calling and showing up. Did the one son's home first He did an excellent job. Had him come back out and install shutters on the sidelight front door windows. He was very reasonably priced. He did every window in the house. Next son bought his house and we called Lars out again. He was very reasonable. Did the whole house. Excellent work. Both houses had several large windows. Each house was about 2800 sq. ft. Think they were approximately $4,000 for each house. Did only blinds for both houses, except for the one son's front door sidelights, did shutters. That work was done over 3 1/2 years a ago. We are now on our son's second home. He has about 2800 sq. ft. Several really large windows and multiple window combinations. We are having him do shutters for all windows this time. He does an excellent job though and pricing is pretty reasonable. At least we know what kind of product and work he does. You do not want to experiment when you are spending a lot of money on shutters! Looks like for roughly 8 huge windows, (talking two to three windows put together for three of them)and a front door's sidelights, the price is about $9400. These windows are around seven feet high. He wore a face mask which was nice also. He is very clean with his work. I am a perfectionist and he suits me!

Outstanding ! The estimate was fair and the install was totally professionally done ! Lars was a pleasure to work with; he really knows his craft.

I obtained three quotes for custom-made shades and Olsson Blind and Shutter came in considerably less expensive. We wanted shades with color rather than the usual standard white or gray. Everything went great. The shipment of our shades was delayed due to COVID-19, but we were informed this would occur prior to the order and was kept updated. Once we received the shades, the installation (including the removal of the existing blinds and shades) was quick and easy. We are very happy with our new shades. We highly recommend Olsson Blind Shutter.

Description of Work
We needed new shades for 6 windows in our home; includes a room-darkening.shade (which is awesome)!

Choosing window treatments can be overwhelming but the process was so easy and quick with Olsson Blind and Shutter! I was immediately impressed with the customer service and after our initial consult I felt confident we were getting quality products and service. I am overjoyed with our final product and would full heartedly recommend this company and their outstanding work to everyone!

We are glad you had great service with Olsson Blind and Shutter. Glad you liked the final product.
5.0

EXCELLENT! Everything looks great. Lars and Nick were great to work with. Nick is a good consultant and did a terrific install. I'd recommend to anyone!

Thank you! Glad you had great service.
5.0

Everything went great! We were moving into a new home and needed shutters for our first night. Lars and his company were able to get them installed before we got back from the closing! They look amazing! I highly recommend them.

Description of Work
I ordered roller & motorized shades for the whole house.

He was very professional, efficient and swift. I'll definitely use in the future.

The sales and installation appoints for blinds were prompt and very professional. The installation process was clean and showed great respect for our home. The blinds compliment the rooms. We are very satisfied.

Lars Olsson and his son were extremely helpful through the entire process. They did not pressure us on a particular type of blind to select, but pointed out advantages/disadvantages of different types. They kept us informed as the blinds were ordered and received. Then they waited patiently while we had some painting completed first, which process turned out to take longer than we anticipated. When installed, a couple of the blinds needed extra adjusting so they would work correctly. The work was thorough and careful, and the blinds are a great enhancement to our home. We would definitely use them again.

Description of Work
All the blinds in the house were replaced