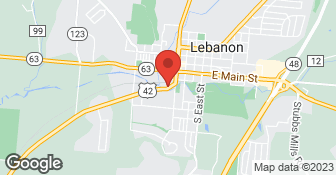 Horrible Horrible con artist ...... Took almost 10,000 dollars for a job never came close to even starting the job and supposedly used the money for materials for the job that i have yet to see the reciete or material. It is now to the point of taking legal action and contacting lawyer.

If I had read the review first I would never have contracted with Chris Penn. Very personable, but does not follow up. Kne of the job for months, and promised one to two week after delivery to install window. Does not return phone calls or texts. Called numerous times over the six weeks, got a promise once from assistant to keep me updated. Did not keep me updated until finally his assistant call me with a start date. Did not show up on the date or even call. Has not returned my calls again so I cancelled. Had the same experience as other reviewers. Cannot speak to the quality of work but failure to respond to customers was a bad sign of unprofessionalism. The only positive was that he got me a good price on the windows but now I have to find another contractor and may not be able to get windows installed before spring.

Description of Work
Installation of 3 windows

My 84-year old mother-in-law didn't like the original contractor we, as the homeowner, had selected, so she tried to find one on her own. She selected Chris because he was charming with her and she felt she could "relate" to him. After giving him a deposit to start work on the project, he basically disappeared for over 10 days and didn't return any phone calls or emails. So we decided to do some research on him, and found very scathing, poor...no, BAD...reviews about others' experiences with him. I wish we had researched him more in depth before my mother-in-law gave him money. Others have stated he has a history of coming up with a story to explain his absences and lack of response to calls and emails, and for not completing a job as promised. When he did perform a job, a lot of others stated there was poor quality and additional costs. He also seems to me that he changes addresses and moves his company around. His current address (with the same phone number) is now listed in Lebanon, not Harrison. With this information, and due to his lack of response to our calls, we decided to terminate the agreement, especially since we as the homeowners never agreed nor signed anything with him - it was just with my mother-in-law. He soon after responded with a story about how he had been called away on an emergency in Florida and someone else in his company was supposed to handle things but didn't. He promised to return my mother-in-law's deposit to her since no work had been performed, not even applying for permit (which he outright lied about having done). To date, the money has not been returned. The other reviews on him and his company are pretty accurate...I would not recommend hiring him. I cannot personally vouch for the quality of his work since he didn't do anything. But ethically, he gets an F in my book. I believe he has no business even being listed on Angie's List.

Description of Work
We were looking for contractors to build an in-suite addition to our home. He submitted a low-ball quote to my mother-in-law and was very charming and personable with her.

Description of Work
Chris Penn ripped me off for $1.000.00 It seems I got the same " I fell off of the roof story " as another person who has a complaint on here. The tile work he did do had to be ripped out and redone. The drain from the toilet to the shower was not even connected, just laying under the tile. I had to pay someone else to fix his mistakes and then do the project. The two guys he hired to do the tile were visiting Cincinnati for the birth of a grandchild and lived in Tenn. When I asked for them to come back, they were back in Tenn. they were long gone. I do not believe he has any employees(see other complaint where she states he hired someone off of Craig's list to do her drywall. I complained to the BBB in Cincinnati, sent them what I have here and pics, copy of contract etc. They did NOTHING. consequently there is another complaint against him on their web site where he ripped some one off for $400. in Jan 2013. They put you off until you just go away, then remove your complaint and say the problem was "resolved". I also called Angie's list as a non-member, sent them the timeline below and pics. Said they would post it. they did not, Too bad, it could have saved the other two complaints on this list a lot of money As far as I am concerned, Chris Penn, BBB of Cincinnati and Angie's list ALL get and F!!!! I would like for you to see the pictures that verify everything I've posted, and pictures of the men doing the work over again, but don't see any place to attach them.

Do not hire this company or do any business with Chris Penn.

Description of Work
DO NOT HIRE THIS COMPANY OR DO ANY BUSINESS WITH CHRIS PENN. I hired Chris to renovate a house in Cincinnati. His pricing was in line with other quotes I received but I chose to go with Chris because I felt we could work well together. It turns out after 3 weeks that Chris hired someone off Craigslist to do the work and just met him on day one of this project. That in itself isn't so bad but he just left him there no knowing anything about the work this guy does. He didn't communicate with him properly what was to be done and costly mistakes were made. The only time Chris cam around was on Fridays to get more money. When I told him I wasn't giving him anymore money until he had completed $7,500.00 worh of work he stopped completely and didn't even pay the guys he had working for him.

Do Not Use this Company, or Chris Penn. He is a fraud!! He says he can do anything and then hires losers to do the work. He will not do what he says he will do. Like the lady above said with her experience I had the same thing. He was working on my roof in Middletown, he didn't fall off of it because he wasn't even on the roof. He hired some shady contractor to replace some shingles on my roof. They installed black shingles over a gray roof and didn't even bother to weave them in. I tried every way possible to give this guy a chance and he managed to screw up all of them. Don't waste your time or money. His prices are good and now you know why.

Description of Work
He was to rehab a home in Middletown according to a home inspection and a scope of work we wanted performed on the property.

It was terrible. He cut my door wrong twice and the two men he had working for him were from out of town. He never finished a single project and kept asking for more money. He made appointments and wouldn't show up. I have a toilet that was supposed to go in the bathroom that has been sitting there for a month. He kept telling me he was going to come and wouldn't show up, but continued asking for more money saying he needed to pay his workers. I finally left him a voicemail saying that if he was unable to do the work, I wanted my money back. He's a con man.

He came on time and did what he said he was going to do.

Description of Work
They repaired soffits, deck steps and rails. They also did painting interior and exterior and repaired holes in the drywall.

Healthy Basement Concepts, take every water-related disaster very seriously. Our experts are well-aware of the various damages damp and/or moist surfaces can create, and thus, only utilize professional methods and equipment. Our services are available in Greater Cincinnati, OH and the surrounding areas.  …

We are a family-owned duct cleaning company operating out of the Greater Cincinnati area. Let us take care of all of your residential and commercial duct cleaning needs. Hi Tech Duct Cleaning, Inc.'s mission is to provide professionally trained and trustworthy technicians to serve homeowners, customers of heating and air companies, restoration companies and insurance companies with a quality duct cleaning service and a competitive pricing structure that contains no hidden costs.  …

The Basement Doctor of Cincinnati

For over 30 years, The Basement Doctor has provided basement and crawl space waterproofing, structural repair, humidity control, and concrete lifting services for Ohio, Indiana, and Kentucky homes with award-winning service. As a part of the Basement Systems Network of dealers, we have exclusive access to over 30 patented products, which allows us to design an effective and permanent solution for every type of wet basement problem. Selecting the right contractor to let into your home is a critical decision. The Basement Doctor of Cincinnati respects you and your home – expertly performing the contracted work, being punctual, employing a drug-free workforce, and skilled, experienced installers. We only use ethical sales practices and honor warranties without hassle. All of our staff follow clear rules of respect, responsibility, and integrity. We treat you the way we’d want our own families treated. ASK ABOUT OUR NATIONALLY BACKED WARRANTY!  …

No, CINCINNATI HOME IMPROVEMENT COMPANY LLC does not offer a senior discount.