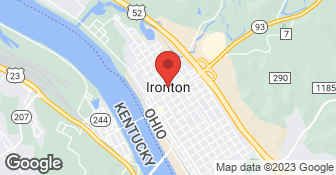 Does the best job possible the first time. May hire 2 other employees. No sub contractors. Charges by the job. No travel/trip charges....

Description of Work
They never contacted us.

Overall I would say that his schedule was too busy to take on this small job and he could have told me that at the begining and saved time for both of us. Nice guy and probably does good work.

Description of Work
Came and gave estimate. Price was agreeable. His schedule was very busy and we had difficulty getting a mutually acceptable time to do the work. I had left a call for Don on Monday PM and he didn't called back until Wednesday PM, I believe we were both probably disappointed. Someone I had called earlier had an opening and was able to complete the work in a timely fashion.

Member- was told about the busy schedule and he said that was fine, because he had to go out of town for a week and I told him that was fine. About three days later he called and said he had cancelled his trip and asked if I could go ahead and do it anyways. I Couldn't change my schedule and the member said he already had someone else lined up. I told him okay.
5.0

His work is just perfect. You cannot see one crack or where the drywall is connected. We have plans to use him again. I would give him the key to my house.

Description of Work
He laid drywall for me.

thank you so much! IT is very nice to hear about how someone likes the work you do. God Bless.