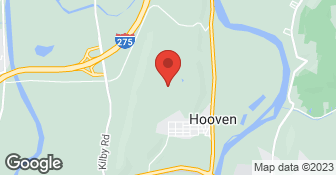 We are a family owned and operated plumbing business that has been in busines since 1983. Customer satisfaction is our biggest concern when we enter a homeowners house. We complete all jobs in a timely manner and clean any area we were working in. We currently have 4 liscensed plumbers in our service department. You can depend on us

They came in under the quoted price and the quality has been great. They did the work at my rental property when I was not there.

Description of Work
They fixed a toilet.

Description of Work
Estimate for the water softener.

They are pretty fairly priced and overall I was happy with the service.

Description of Work
Joe Klosterman Plumbing did some bathroom and toilet plumbing for me.

I should begin by noting that the majority of this encounter was my fault, but I still wanted to relay the details so people could make their own decisions about dealing with the company. I own a rental house and live out of state. My neighbor kindly acts a handyman and when my tenant’s dishwasher broke he said he knew someone he could call. I said that was fine. Three days later my tenant sent me an email that a plumber had showed up, stayed twenty minutes, checked the plumbing, announced the dishwasher would have to be replaced (without actually looking at it); my tenant felt pressured into paying a bill of $117. This company is up front about charging a $35 service fee and a minimum of one hour at $85 an hour. While this seems like double-dipping to me, the fault is mine for not checking on whom my neighbor had called. I’m all for paying people for their time, even if something can’t be fixed. Still, $117 for twenty minutes worth of work that does not fix anything seems excessive to me. Moreover, I’ve worked with plenty of companies who didn’t mind billing me, the owner, and that my tenant felt pressured to pay the bill made me feel inadequate as the landlord. When I contacted the company about these matters I found them to be defensive and unwilling to compromise. Again, the majority of this is my fault for not making the arrangements myself. I’ve since contacted six other plumbers, four of whom do not charge both a service fee and a minimum of one hour of work, and three of whom offer free estimates; I’d recommend dealing with them. I believe that Klausterman plumbing does good work, and that if you know there is a specific problem they are probably safe, but I would stay away from them regarding estimates and the like. I think the price I paid for the work received in this case was unfair. Finally, I waited a month to write this, as to not write angry, and then called the owners of the company again, leaving a message that I would happily read them this report and take out any information they thought inaccurate. My call was not returned which, I think, speaks further to their lack of concern with customer service.

Description of Work
The plumbing under the kitchen sink was checked.

They did not remember to follow simple instruction to place 2X8s or cement blocks under the water heater to elevate it off the basement floor, which gets moisture regularly due to the old age of the house. The water heater exterior casing was rusted at the bottom from the moisture, so they also had a visual reminder. Also a shut off valve was installed backwards. The floor impeads its handle from closing completely I paid them promptly their bill and called to ask them to come out and correct their mistake. They ignored repeated messages left with their personnel until I threatened to contact the better business bureau. Then Joe Klosterman finally returned my call and said since I changed from a propane fired unit to electric, he did not realize I still wanted the water heater elevated. I quwstioned him that the mode of firing the unit had nothing to do with the presence of moisture in my basement. I told him in September that I would give him time to repair before I filed my complaint. They did offer to make "emergency" repair on the one valve as they were strapped for time to make all the corrections, but I refused that offer and asked them to call back to schedule the entire job to correct their oversight. To date 12/10/11 they have not called back. When they get/read this message, I would be glad to have them come and install the unit as requested.

Description of Work
Purchase and installation of a new water heater

The price ended up being a little bit cheaper than the estimate. They were punctual, they returned my calls, they did the job, and the water gets hot.

He was very professional, very nice, and very prompt. The price was a little high, but I had to get it done.

Description of Work
He removed an old water heater and installed a new one.

After hiring them for the job they called the city to have the gas lines marked and came the next day bright and early and completed the work which took 3 men and a digger. They completed the work in 5 hours and I was very satisfied. I will be having them come back this month to re-plumb my entire basement : )

Description of Work
My main sewage line broke and I had sewage backup in my basement. After I had a company come in and clean the sewage up Mr. Klosterman and his team came out for a free estimate and scoped my plumbing with a camera and discovered the problem and gave us an estimate for the work. My husband and I called 4 other plumbers for estimates and only two showed up- Gave us a lot higher estimates. So we went with Klosterman. After hiring them for the job they came the next day bright and early and completed the work which took 3 men and a digger. They completed the work in 5 hours and I was very satisfied. I will be having them come back this month to re-plumb my entire basement : )

I called and it seemed like it was the receptionist that answered and she was able to help me fix my problem right over the phone, no charge! I was really impressed!!!!

We specialize in water heater services and repairs. We guarantee your satisfaction, and we won’t leave until the job is done right. We pride ourselves on the quality work we provide, while delivering great customer service! Check out all the services we offer below and call -or- click to schedule a free estimate today!  …

Hello, my name is Jonathan Graessle. I'm an experienced plumber with over 8 yrs of work. I am available Mon. - Fri. 8am - 4:30pm. You can contact me via messenger or at my phone (513) 678-9932. Below is a list of services I provide. If anything isn't listed, please ask. • Kitchen and bathroom faucets • Sink repairs • Shower valve replacement • Shower head replacement • Garbage disposals • Drain line cleanings and repairs • Water line repair • Water heaters • Toilet replacement and parts repair • Sump pumps • Etc. I would be happy to help you with all your current or future plumbing needs. Thank you! We specialize in plumbing services, repairs, inspections, installations, and more! We guarantee your satisfaction, and we won’t leave until the job is done right. We pride ourselves on the quality work we provide, while delivering great customer service! Check out all the services we offer below and call -or- click to schedule a free estimate today!  …

Since 1951, Halpin Plumbing has been providing Plumbing Experts to the Greater Cincinnati/Northern Kentucky region. Our many skilled plumbers have been providing services in an around the city of Cincinnati for over 60 years. No plumbing problem is too big or small, but just a phone call away. Additional email - Skylar@halpinplumbing.com  …

Joe Klosterman Plumbing is currently rated 3.8 overall out of 5.

No, Joe Klosterman Plumbing does not offer eco-friendly accreditations.

No, Joe Klosterman Plumbing does not offer a senior discount.

Are there any services Joe Klosterman Plumbing does not offer?