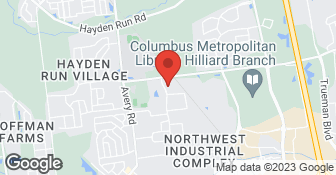 Has your home become an obstacle course because of all the junk you have lying around? Don't treat your home like a storage unit-reach out to Dump Bros, LLC for junk removal services. We can clear junk in your home, yard, garage and anywhere else on your property. Whether you're just getting rid of a few bulky items or need hoarding clean up services, you can count on us to get the job done. Call 614-680-0678 now to schedule junk removal, foreclosure clean out or hoarding clean up services in Hilliard, Ohio....

Specializing in TREE SERVICE! We always guarantee your satisfaction and won’t leave until the job is done right. We take pride in ourselves and on the quality work we provide, while always delivering great customer service! Check out our services offered, then call --or-- click to schedule a free estimate today!  …

We are a Veteran owned company, specializing in hauling away of junk and unwanted items, delivering loads of mulch/ gravel/ topsoil, stump grinding, setting up outdoor playgrounds, and SO much more! We offer Dump trailer rentals in Columbus, OH and surrounding areas. We guarantee your satisfaction and we won’t leave until the job is done right. We pride ourselves on the quality work we provide, while delivering great customer service! Discounts for seniors, veterans, and returning customers! Check out all the services we offer below and call -- or-- click to schedule a free estimate today!  …

Locally owned & operated by an OSU graduate. No travel charges. We do all the lifting and loading. Our prices already include the standard labor, tax, disposal, and recycling fees, there are no hidden costs. We have 11 trucks and multiple crews. The crews are employees. No subs. Additional DBAs - Srose Enterprises LTD, 1-800-GOT-JUNK LLC  …

My mother hired Dump Bros to remove and dispose of a hospital bed. We went with them because their rates were lower than the other company we inquired with, but we were initially concerned that this might be a "you get what you pay for" situation. Well, we needn't have worried. When I called Mom to see how things went, she was just gushing about how nice they were. And she was also impressed at the prompt, professional service she received. Although they were very efficient, they were also quite conscientious and took great care to make sure they didn't scuff her walls or doorways (which couldn't have been an easy task given how narrow her hallway is). Mom was absolutely delighted with them.

They arrived as scheduled and did the work right then. They were courteous, friendly, efficient. While I've not needed this type service before. I thought the price was a little high but I would certainly use them again. They come highly recommended by me.

Description of Work
Primarily brush pike up with some raking.