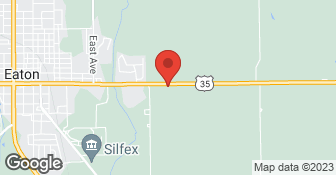 CJS Heating & Air has been in business for 20+ years and is dedicated to serving our customers with the highest level of respect. It is our goal to make sure that every customer is 100% satisfied with the work and service that is provided. We want to leave every home knowing that our customers are happy with the heating, ventilation, and air conditioning products and services they received. CJS has highly trained and certified HVAC heating technicians. All of our technicians go through a very rigorous drug, and background check as well as intense continuing education classes. This gives our customers the peace of mind in knowing that they have the absolute safest and best team in their home. CJS is proud of the hard work and dedication that it has given the Dayton and Northern Cincinnati area over the last 20 years. We strive to be better than your average central heating and air conditioning company. During the 2007, 2008, and 2009 season C J S was presented with the President's Award. Only a very select few companies around the world ever receive this award. It shows that C J S is dedicated to customer service. We want to go that extra mile to ensure that you have the very best when it comes to your home comfort. In choosing C J S Heating & Air you are choosing a company that has your very best interest in mind. You get safe, knowledgeable, dependable trustworthy technicians that stand behind their work because they are proud of what they do. With C J S you get nothing but the best. And remember, "Night or Day….We're A Call Away!!" We are there when you need us. No matter what time of day or night it is. So put your trust in us because our mission is to make your experience with C J S the best you've ever had..  …

Benge Electric LLC We have been in business for 30 years. We are a member of the BBB. We do residential and commercial work. We also do residential A/C and furnace replacement and repairs. We are state licensed # 20711 We carry 2 million dollars of liability insurance, and bonded.  …

Rely on our fast, friendly team at Logan A/C & Heat Services for residential heating/cooling repair, replacement, and routine maintenance. Logan Services is the #1 Volume Trane dealer in Ohio. Take advantage of our current promotions and financing options including 0% APR for 60 months on qualifying Trane systems. Estimates are FREE, and next-day installation is available on a first-come, first-served basis. Most installations usually take just one day. Check out our website to learn more about how a high-efficiency Trane system can increase the overall comfort in your home. Logan Services has recently been chosen as the top HVAC company by readers of Dayton Magazine. Our company is proud to be family-owned and operated and has called Dayton home since 1969.  …

Drake had the most reasonable price for coming out on a Sunday. They showed us what was wrong with our A/C unit and explained everything they were doing as they did it. Great job!

We they are fantastic! They always call ahead to see when would be a good time to schedule. They always show up on time and call before they arrive. They also take care of our rental house next door. They are very trust worthy and we use the same service guy so he is familiar with everything in our home. We have always been happy with them.

Description of Work
They service our AC unit and our furnace unit annually.

They are very clean and always talks over what is wrong or needs to be done.

Description of Work
checked and adjusted fan and put new drainage pipe on.

Very professional sales rep came to the house and provided multiple options to replace old AC unit. They provided the lowest quote from any of the other companies, but still way over priced for the job. Saved nearly 3000 dollars doing it myself. I have also had Drake come out to repair my furnace before They are the only company that shows up when they say they will. I had three other companies just never show.

The technician was very nice and professional. He answered all of our questions without making us feel dumb. He checked the coil to make sure it wasn't frozen, then checked our outside unit, found there was no freon in it. (House had been empty for 2-3 years previous to us purchasing it). Gave us options, unlike the previous company, then recharged the freon and checked our filter to make sure it didn't need changed. House cooled down within a couple of hours so that we could sleep. Will be calling them again without hesitation.

Description of Work
Air conditioning was not working, we had another provider out a few days before and were not pleased with them, called Drake to come out and look at it, after hours is more expensive but we were miserably hot and the technician called us within an hour of calling.

Air conditioner stopped working (on Sunday, of course). I called the 800 number which is an answering service. The Drake technician called us within 15 minutes! He was here in 1/2 hour! Had to replace the condenser. Did a full check up on it, too. A bit pricey but I understand, it is Sunday. We were very impressed with the speed of his response and in his professionalism. We have always had a good experience with this company.

It went great! They were done in one day and they didn't leave a mess. We were so happy with their work. We had used them in the past. They helped us keep our old unit going, with getting piece to replace when other Heating Air wouldn't even look to see that they could replace it. That is why we went with Drake. They always try to do what the customer wants. Very good service. They will be doing our twice a year matenence on the unit.

Description of Work
They installed a new heating and air system. Cleaned our ducts.

Description of Work
They installed two new ducts from the furnace to a converted garage.

This is the second time we have had Drake do work on our house. The first time was on our previous house and when Steve Chrismer (the owner) came out we were pretty sure (there is always some hesitation) his company was the one for us and we were not disappointed. We had a very difficult set of problems and they handled it as if it was routine. The Drake team did a great job and my wife felt very comfortable having them in the house when she was there alone with them...or when she had to step out to run some errands. Ron, the main technician, was incredibly courteous and just a good person to be around; he is also an extremely hard worker. So when we move to a new house they were the ones we called upon to correct our new house. Our current house had absolutely no airflow in two of the rooms and almost none in the other two, in the upstairs. The entire upstairs was stagnant, and you could feel the temperature difference as soon as you started walking up the stairs. We asked the previous owners what they had done, and they said that was why they had installed ceiling fans. Those didn't move the air enough during the hot days we had in August...it was literally in the mid-80s with the AC running at full-blast--the downstairs was in the 60s. It was very uncomfortable and the electric bill was going to be even more uncomfortable...which the first one was...it was actually painful. Steve came out for the quote and remembered us, and was asking about our boys before he even saw them. He laughed when he started looking at our problem and asked me why I pick houses with bad HVAC systems, I told him that it was to help keep him in business. We specifically asked if Ron could be back as part of the installation team and if they could meet a tight dealine because we had family coming in from out of town. Steve referred us to Wendy (Ops Coordinator) and she worked with us to meet our deadline and to make sure that Ron would be leading the crew. Lots of stories of the work and the problems they found and fixed, but the bottom-line is that on the first night after Drake was done my wife actually complained that the AC was working a little too well and that we needed to turn the thermostat up...it was exactly what we needed and the house has been a lot more pleasant ever since. Truth be told we did find one problem with one of the runs they did, and another problem from the original company. But Ron returned quickly to correct all the problems, and even fixed another issue (also from the original company) and made a quick correction (no screws in a duct connection) and cleaned up and was on his way. I don't plan on buying another house, but if I do, I will ask Steve to take a look at the HVAC before we make an offer. In conclusion, I highly recommend Drake for any of your HVAC needs as they have twice proven that their workmanship is of a high quality and that they stand behind their work. Also, in case you are wondering, I am not naming the previous company as I didn't have them do the work and I don't know what exactly was contracted with them and what was done when the house was built.

Description of Work
They installed a dual-zone system to divert air to the first or second floor as temperatures fluctuate on the different floors. In addition they fixed literally dozens of problems with the ducting from the previous installation by a 'big name' local company. I am not an expert but I felt that having a 2-inch gap between the main trunk line and the run was an inefficient way of running AC. Opening the duct work they found blockages, runs stuffed down inside the trunk line and all kinds of other problems. All of which they quickly corrected.

We bought their "Sudden Service" membership which gave us a system check-up for the AC in the spring & the furnace in the fall. With this membership, if your system breaks down they come & fix it ASAP regardless of the day or time. Our AC broke down on July 4th weekend - extreme heat. They came within 12 hours on Saturday & fixed it quickly. (I have no problems with it taking them 12 hours to come out as we were having quite the heat wave & I figure they had a lot of member-customers who had called before me). Contrast this with a similar membership with another company who promised quick service to their members. I had called that company Friday morning to report our AC was down. The soonest they could get to us was the following Wednesday afternoon - five & a half days later!