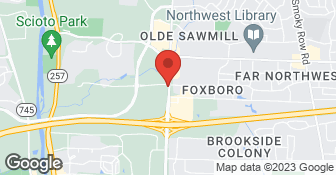 Owner operated. Subs for most work. Cost is determined by the job. No travel charge. Extra charge may apply for emergencies or after hours service.

Dick was unresponsive to our realtor's initial request for an estimate, and was able to be reached by phone only several days later. When he provided our estimate, he told us that the work could be done the next day. We had discussed that it was very time-sensitive because the work had been identified in a home sale inspection. Several times, over the course of several weeks, certain work was not done as discussed or was not done at all despite his statements that his subcontractors told him they had done it. Almost 2 months after we initially contacted him, the work is still incomplete.

He was rude, unprofesssional, didn't show up when promised and the work was incomplete.

Description of Work
He fixed a leak, installed GFI and did general repairs.

THE MEMBER'S GIRLFRIEND APPROVED ALL REPAIRS THAT WERE QUOTED. THE REPAIRS WERE REQUESTED OF THEM ON A INSPECTION REPORT THAT NEEDED TO BE DONE PRIOR TO THE SALE/CLOSING. I RECEIVED 1/2 OF THE QUOTE AT THE START OF REPAIRS, AND SHE SAID THE BALANCE WOULD BE PAID AT THE CLOSING TABLE. SHE TOLD MY CONTACT, THE REALTOR, THAT SHE DIDN'T HAVE HER CHECKBOOK WITH HER, AND I COULD STOP BY AND PICK UP MY CHECK. WHEN I TRIED TO DO THAT, THEY WOULD NOT COME TO THE DOOR, OR ANSWER THE PHONE. THE U-HAUL TRUCK WAS PARKED IN THE DRIVE WAY AND THEY WERE LEAVING FOR CALIFORNIA THAT NIGHT. I FINALLY WAS ABLE TO REACH HIM BY PHONE, AND HE TOLD ME TO CONTACT HIS ATTORNEY IN CALIFORNIA, WHICH WAS A RELATIVE. I DIDN'T PURSUE THIS ANY FURTHER, AS THE BALANCE OF THE BILL, ABOUT $600.00, WAS LESS THEN THE COST OF FIGHTING IT. I DON'T BELIEVE I WAS ABUSIVE VERBALLY, BUT RATHER FORCEFUL IN TRYING TO COLLECT. I BELIEVE THERE WAS NO INTENTION OF PAYING THE BALANCE, EVEN THOUGH THE BUYER WAS HAPPY WITH THE REPAIRS, AND CLOSED ON THE PROPERTY. DICK RONDING
5.0

Richard (Dick) was on time and very cordial. He was very thorough with his questioning, and patient with my answers.

Five Star Painting of Plain City and Powell is a locally owned and operated company from part of the Neighborly Group of over 3700 companies standing ready to serve the needs our clients all over the United States. Our projects are clean, on time, and on budget. We strive to provide our customers with the best in quality and service at an affordable rate. Our workmanship is guaranteed with a comprehensive warranty and all residential and commercial projects are welcome. We will always reply promptly to your requests. We accept credit cards and can even provide financing for our customers projects. Call today for a free in home consultation.  …

Family owned and operated for 20 years with 12 employees. We do not sub out any of our work. No travel charges. Do not confuse with Davy Painting on Bevelheimer Rd.  …

We specialize in all aspects of RESIDENTIAL and COMMERCIAL PAINTING SERVICES. For an immediate response to all of your INTERIOR and EXTERIOR PAINTING needs, call Cory (Owner) at 740-624-6314  …

Best Ohio Remodeling is currently rated 2.5 overall out of 5.

No, Best Ohio Remodeling does not offer eco-friendly accreditations.

No, Best Ohio Remodeling does not offer a senior discount.

No, Best Ohio Remodeling does not offer warranties.