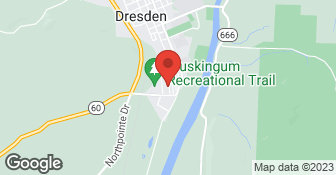 I DO NOT RECOMMEND this company...in addition to the things listed above as completed, they were also suppose to respackle an additional 2 bedrooms and fix loose siding... they NEVER COMPLETED THE JOB. Nor did they RETURN any of OUR MONEY for the work that was not completed!!! We received a check from our home owners insurance, this was all new to us. the company was highly recommended to us bc their were family members who knew Todd and said he wouldn't do us wrong. We didn't receive an estimate from the company. The owner was only interested in how much our check was for. Todd Alexander the owner of the company was standing there when the check was handed to us and took control of it IMMEDIATELY. He Never gave us an estimate. They would give us a day they were going to start and not show up or call to tell us they weren't coming. They tried to leave our old shingles on and put the new ones on top, so they could use the black sheeting we paid for, for some other job! When they returned to do the 2nd and 3rd bedrooms they were suppose to move the large furniture ( the check paid for this) the guys showed up and got an attitude w/my husband bc Todd assured us he would move it and didn't so the guy walked out on the job and refused to come back. When we called Todd he said all other contracted spacklers were scheduled out 4+ mos, he didn't hire one to complete the work and when contacted about the remaining balance he told my husband it would only be pennies...then said a few hundred (that may be pennies to him, but its NOT to us) he said he would send an invoice of where the money was spent bc we questioned the amount he owed us. We NEVER heard from him again, and he didn't answer his phone when we (or family members) called, nor returned msgs we left. We have home owners ins bc we can't afford to pay for these things out of pocket and the jobs are STILL NOT COMPLETED.

Description of Work
Fixed hole in roof, new shingles on one side of roof, fixed and respackled one bedroom.

We specialize in post frame construction, often referred to as "pole barns." Post frame can be used for garages, animal enclosures, riding arenas, storage buildings, and even homes! All our crews have many years of experience in their fields of expertise, whether that's site prep, framing, concrete, gutters, garage doors, or stalls and tack rooms. Owner-operated, we're a family business that prides itself on exceeding customer expectations with materials, workmanship, and service.  …

Bradford Xteriors Inc. is a family owned and operated business that goes over and beyond the call of duty for the contracting business. We offer free inspections to our customers by trained staff that is always happy to serve you and your family. We started this business for the simple reason to "serve our community" and stop the abuse that is so wide spread in the contracting industry. Please feel free to give us a call today at (614) 483-6215 Additional DBA - Bradford Xteriors Inc.  …

At America’s Best Choice, our industry professionals have partnered with leading manufacturers throughout the United States to bring homeowners exceptional quality, exceptional prices and energy efficient products that will save you money. We are truly the best choice for home renovation and repair in Columbus, Ohio. The America’s Best Choice warranty offers exceptional protection and coverage provided to every customer. Each customer receives a manufacturer’s warranty that includes a Lifetime Warranty, and covers operation, parts and seal failure type of items. Customers also receive an additional supplemental warranty. The supplemental warranty adds lifetime accidental glass breakage and also provides lifetime warranty for our installation.  …

Bonded
Insured
All statements concerning insurance, licenses, and bonds are informational only, and are self-reported. Since insurance, licenses and bonds can expire and can be cancelled, homeowners should always check such information for themselves.To find more licensing information for your state, visit our Find Licensing Requirements page.
General Information
Free Estimates
Ask for Details
Eco-Friendly Accreditations
No
Payment Options
Check
Senior Discount
10%
Emergency Service
Yes
Warranties
Ask for details

How is Affordable Construction Plus overall rated?

Affordable Construction Plus is currently rated 2 overall out of 5.

What days are Affordable Construction Plus open?

Affordable Construction Plus is open:

What payment options does Affordable Construction Plus provide

Affordable Construction Plus accepts the following forms of payment: Check

Ask Affordable Construction Plus for details on free project estimates.

No, Affordable Construction Plus does not offer eco-friendly accreditations.

Does Affordable Construction Plus offer a senior discount?

No, Affordable Construction Plus does not offer a senior discount.

Are warranties offered by Affordable Construction Plus?

No, Affordable Construction Plus does not offer warranties.

What services does Affordable Construction Plus offer?