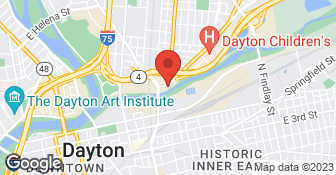 William Brockman & Sons is a full service HVAC company that has served the Dayton, Ohio area since 1945. We are family owned & operated, currently under the guidance of the third generation of the Brockman family. The company is licensed by the State of Ohio for both HVAC and plumbing, and are members of the Dayton Better Business Bureau, as well as the Air Conditioning Contractors of America (ACCA). Our staff consists of 15 people with over 250 years of combined experience serving our customers. Our service's include on-site service repair (diagnotic fee @ $89.00), free estimate's for HVAC replacement products as well as the installation of the finest HVAC products our industry has to offer. In addition, we have a retail sales counter for those do-it yourself consumers. William Brockman and Sons is also environmentally conscious. We offer Solar Panels as well as Geothermal Heating and Cooling. Additionally, we sell and install indoor air quality products that go hand in hand with having a comfortable and a clean environment! Additional DBAs - Brockman (Wm) & Sons Inc, Brockman Wm & Sons Inc....

Our heat pump compressor unit outside our house started intermittently SCREAMING like a banshee! Finally got evidence to the folks at Brockman such that they could diagnose the cause. Replaced the compressor motor. Fixed it the next morning -- running like a charm!!!

I'm on their preventative maintenance plan where you pay a fee and they come twice per year and if you need any repairs you're on a priority list. I think the labor is at a reduce fixed rate plus parts but they've do the preventative stuff and there's never been a call in between there.? It's like $125 per year for 2 appointments.? The techs are always very personable.? They're thorough and they go over what they've done and what they've found and if they have any issues they cover that and tell you the settings in their opinion it's everything's running fine, you're good to go.? Like I've said, I've never had any break down calls in between.? It would be in the category of preventative maintenance, filter change, adjustments.? They put their instruments on and check all the settings and they usually most always say is running fine and there shouldn't be any issues.? If you have anything at all, give them a call.? Price is very good.? Responsiveness is an A plus.? They always set their time and they call 20 minutes ahead to let you know they'll be there.? I will use them again.? I have for 8 or 9 years.? ?

Description of Work
They come twice a year for the AC and then in the fall for the heating and we haven't got to the heating so it would've been in mid to late June.

Very well. They arrived on time, completed the work quickly, and cleaned up all of their work area.

Description of Work
We needed to replace our funace

I've had good experience with Brockman. They do good work. They don't do what they don't need to do. Oh, I was using them every year.

Description of Work
I used William Brockman & Sons Inc. They come once or every other year. I had to have them come for something that had nothing to do with their usual coming. It's just my furnace. They had to put something in it because it wouldn't warm up unless I put it on a fan or something like that.

I have used them many times now. They're amazingly responsive. Which is why I keep using them. I had them install a new heating system in my house last winter. They were so busy, yet they came. They were here at 10:00, they were still working. I was ill, no heat in my house. I couldn't even get out of bed. I left the door open for them. They came, they fixed the problems, they never disturbed me. They were professional, courteous, did great work. I removed everyone else from my address book, and have been using them ever since.

Description of Work
Put in a new heating system.

I had Brockman & Sons provide an inspection and "tune up" on my a/c system before summer hit. Their technician that showed up was punctual and very personable. He walked me through how to do minor maintenance to my system on my own and fixed a few small air seeping holes from the coolant lines outside to the fan unit in my basement as well as inside the fan unit itself. He also took apart the A/c unit and cleaned all the coils. It ran great all summer and I will have them back next year.

Although Brockman and Sons was not the cheapest proposal, it was a little less than midway in the overall range of quotes. Because of the price, Mr. Brockman's straightforwardness, and the reputation of the equipment he sells we awarded Brockman and Sons our business. The day after we contacted Mr. Brockman and awarded the contract, the Brockman repair technician arrived and recharged our old unit and checked to make sure that it would provide cooling until the install crew could return in 9 days. The install crew arrived on-time on the scheduled day and worked through the day to remove the old a/c unit as well as the furnace which we also decided to have replaced. The new equipment was installed and the a/c running by the end of the day. The following day the install team returned to finish some duct work, hook up and test the new furnace, finish some installation details, and clean up. The repair technician and the install team were all very courteous and professional in the way they went about their jobs while respecting our property and home. We were extremely pleased with the installation and the quality and craftsmanship of the work. After about a month using the new system (and the hottest weather of the summer thus far), we are extremely pleased. Our home has not been this comfortable since we moved in. We look forward to a warm, comfortable winter season, too.

Description of Work
Our a/c unit was performing poorly and after having several evaluations regarding the cause of the poor cooling performance (a leak in the expansion coil), we decided to have the system replaced since in was undersized to start with (house build in 2006-7) and never really performed efficiently nor effectively at cooling and dehumidifying our house. George Brockman (owner) provided an on-site evaluation and made several recommendations to correct the issues. Although several other contractors recommended larger tonnage a/c units Mr. Brockman felt that they were oversized for our home. He was not high pressure nor pushy in any of his proposals and understood when we said we still had other contractors to interview before we made our final decision. During the next week we emailed Mr. Brockman with several questions about his proposal and he was prompt, succinct, and straight forward in his responses. At the time of his visit he offered as part of his service to have one of his repair men come to our house and recharge our a/c unit so that we could limp along with cooling until his company was able to perform the work (about 10 days later).

So far as I know they were okay and seem to do a thorough job. They took care of a problem that was there and I hadn’t realized.

Description of Work
I use Brockman twice a year and they are the ones that service our heating and air-conditioner. They cleaned our air duct.

I have a service contract with them and they check the A/C and furnace every 6 months. They are going to be replacing my furnace in November. George the owner brought out the literature for me and explained everything. My technician JT is great and he comes out each time which is nice. They always cleanup their mess. If they are going to be late for some reason they will always call and let me know how long it will be.

Description of Work
They did a maintenance checkup on my heating and A/C unit.

Welcome to Miami Valley Chimney, where for more than 25 years we’ve provided satisfied customers with expert chimney sweeping and duct care and cleaning services at fair and competitive rates. In addition to the thorough inspection and cleaning of oil-, wood-, and gas-burning chimneys, we specialize in the prevention, detection, and correction of chimney and venting system hazards—the kinds of hazards that can endanger the health and safety of your family and home. Our services include: •sweeping and cleaning •inspection •troubleshooting and diagnostics •waterproofing and leak resolution •repairs and restoration We use the latest tools and technology to ensure that your chimney and dryer venting systems are operating at optimal levels. All of our technicians are CSIA-certified specialists—up to date on NFPA standards and state and local codes, and ready to address the particular needs of your home. We provide comprehensive, reliable services that have stood the test of time. With Miami Valley Chimney, you can rest easy, knowing that our primary objective is to make your home heating and venting systems cleaner, safer, and more energy-efficient. In all our years of service we’ve never had a single complaint – every job is a referral.  …

William Brockman & Sons Inc is currently rated 4.9 overall out of 5.

No, William Brockman & Sons Inc does not offer eco-friendly accreditations.