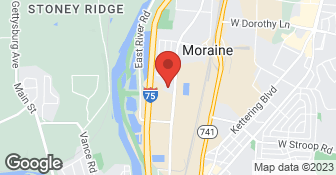 The system was installed with no problems. I had to have a separate vendor drill a hole in our granite countertop so that the reverse osmosis system could be installed. Enting recommended two possible vendors to perform this service. I contacted both vendors, but only one of them would drill the hold due to 'liability issues.'

Description of Work
A reverse osmosis water filter system was installed in our kitchen.

Description of Work
"Were services performed or was money paid to the service provider?" -- what idiot thought this was a "yes/no" question??

Description of Work
Checked old water, determined need for replacement, ordered it and installed it. Very courteous and professional, cleaned up afterward. Good instructions given, tolerant of dog. Office personnel helpful through scheduling changes made requested by me.

I was very pleased because I had to call and ask if I could have a more specific time of day so that I could go to another appointment, and the person on the phone said she thought that they could accommodate that and would call me if there was a problem. The service person called in the morning and told me the window of time for his arrival and he arrived promptly within that time. He was knowledgeable about what the problem was and had the issues fixed in a short time and had it working again. He checked the whole system out and said there were no other problems.

Description of Work
Got our water softener working again and made sure the settings were correct.

They were excellent. They were prompt and courteous. They did a good job examining the old water softener. We didn't compare prices.

Description of Work
We used Enting Water Conditioning to check out our old water softener.

It’s still running great after a year. I’ve had no problems.

Description of Work
They replaced an old water softener.

The unit had performed perfectly since we bought the house in 1992. There was leakage in the control unit about 10 years ago which I attributed to worn o-rings. I carried the control unit to Enting and the technician checked it while I waited. He found no problem other than a couple of worn o-ring seals. He changed out and lubed all the o-rings, no charge. I took the control unit home, reassembled, and the unit performed properly until the brine tank leakage recently. I concluded at the time of the service evaluation that it was time for a new unit. Since the unit had performed for 23 years, costing me zero dollars for service; and Enting being a local company with a reputation for high quality and service, purchasing a new model from them was a given. The service technician and I discussed the various models, explained the new control units being used, sizing, etc. Two days later the new unit was installed; took about 40 minutes. Operation was explained to my satisfaction, old unit taken away.

Description of Work
Upon returning from vacation in late Sept., found that the salt tank had sprung a leak with brine covering a large area of the room. The unit had been in service since 1988. I assumed that it was time for a new unit. Called Enting for a service visit to evaluate the unit.

It was an excellent experience because they had a technician called Brett. In the past the experience was depending upon who they sent but Bret was excellent from the other people they sent before. I would use them again if only they send Bret.

It was obvious to us while we were shopping for a water softener, that there is a great difference in suppliers in our area. Enting stood out in their willingness to answer questions, and take time. They have pride in their company and want their customers to be satisfied. This was not the case with every vendor we considered.

Description of Work
We comparison shopped three different companies for water softener services in our area. Enting stood out for their product knowledge, service commitment, and price. They took the time to explain how to operate the softener, and their installer was excellent at his job. We have had no surprises or problems following our purchase.

We had a water softening system installed in 2001. A year later, it turns out our water was never soft because the control valve had malfunctioned. It was replaced under warranty. Five years later (2007) the control valve again malfunctioned this time causing water damage in our basement, including water spraying into and ruining our 2 year old furnace. We called Enting right away but it took them 3 days to get to our house. They wanted to charge us $700 to replace the control valve again. We refused, deciding it would be better to start over with a new system from a different, more reliable company rather than throwing good money after bad with Enting. The only thing they offered when we made them aware of the situation was to waive the service charge to install the third control valve. In the meantime, we have spent over $5,000 to date to repair the damage caused by their product.

Description of Work
Installed a two tank water softening system in our home in 2001.

We offered to install a new 5-year warranted control valve for the cost of the control only with no service charges. Customer wanted it for free. The Owner.

Beeco Softwater is family-owned and -operated business serving Englewood and the Greater Dayton area for over 50 years. Bill Beeler started the business as Beeco Plumbing in 1966. In 1972, the business became Beeco Plumbing Inc. In 1986, after selling different water softeners for several years, Beeco Plumbing Inc took on the dba name Beeco Softwater and also became a dealer for Hague Water Conditioning. In 2006, after 20 years as a Hague dealer, Beeco Softwater parted ways with Hague and began selling our own equipment, the Aqua Clean water conditioner, featuring the Clack valve. We were impressed with the high quality of the Clack product, the use of a turbulator in the resin tanks, and the dependability and long life of the unit. In 2008, Bill Beeler, while remaining with the company, stepped down as the president and turned the daily operations over to his son, Brian. Both Bill and Brian are state-licensed master plumbers and are currently the only installers of any equipment purchased or rented through Beeco Softwater.  …

Enting Water Conditioning Inc. is currently rated 4.7 overall out of 5.