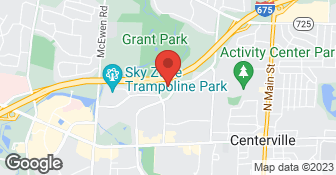 Additional location in Columbus, OH. We provide local and state-wide moving services for Homes, Apartments, and Offices as well as labor services for loading or unloading your rental trucks or PODS. We also provide service for in-house moving. We are locally owned and operated since 1995 and accredited by the BBB with A+ rating. We move one piece or the entire household. Our service is highly referred by our satisfied customers and we're committed to exceed your expectations in quality and value

What a great and awesome experience we had with Advantage Movers! I can’t think of anything I would complain about. Great communication prior to move and on moving day Mike, Jacob and Austin showed up ready to bust it out! They were so careful with everything loading and unloading. After bringing everything in our new home they were like “we are not leaving until you have everything the way you want it”. And this was 10:00 at night after a long day! I highly recommend Advantage Movers and would use again in a heartbeat. Thanks so much guys!

It took them over 8 hours to move a small 2 BR apartment & only furniture & no boxes or appliances. They milked the clock a father & son team & damaged some of our wood pieces. They portrayed they would move a small 250 motorcyle for free, but then had to have my husband help & then just took longer to move. I am sorry I did not use Angie's List because they were Terrible movers! Do not use them as I feel I was taken advantage of so I guess they have there name correct!

Description of Work
It took them over 8 hours to move a small 2 BR apartment & only furniture & no boxes or appliances. They had to take apart my daughters bed but with no boxes to move this should of been a win win!

The workers did an outstanding job.

Description of Work
Moved apartment furninings from Columbus to Cincinnati

Advantage Movers was very slow, took a 2 hour lunch break after telling me they would see me in only a half hour, failed to perform the stated moving objectives, causing us to leave all of our furniture in storage for another year, took a table apart and spent hours trying to figure out how to put it back together, and had an employee who pushed the front door open so hard that he damaged the wall. The company president was present, and his attitude towards the damage happening to the house was uncaring and nonchalant. At no time did he offer to make up for the damage, or show any concern about it. He said, 'the house will be messed up anyway.' While he and one other employee spent 3 hours trying to put a table back together, the other two men did nothing but mess around at the house and in the garage. Some of the items in the garage turned up missing. At the end of the day at 5pm, we still did not have the furniture we needed from the storage unit because Advantage movers failed to show up at the storage unit at the promised time. They also stood up our decorator, whom we paid $150 to be present at the storage unit to direct the movers which furniture to put on the truck. Never at any time did the president of Advantage movers make any effort to make up for this, and he left us hanging with no way to move our furniture from storage to the house forever. For this "service" he charged me $1000 in cash. He only deals in cash and he will take as much of it as he can. He will also add as many men to your move as he can to justify jacking up the price, even though the extra man is usually unhelpful, wasteful, and even sometimes it seems a danger to your home when he causes damage. If I were you, I would not call them.

Description of Work
Moving services from an apartment to a house with an intended stop at a storage unit.

Called them on a Wednesday to schedule a move on Friday. Alan worked around our schedule to ensure he would be there when we needed him. He showed up on Friday about 10:00 am and stayed until they were done at 10:00 pm on a 92 degree day. They were very careful and worked hard, which was a concern because they charge by the hour. I would recommend Advantage to anyone who needs movers.

Description of Work
I called Advantage to move my whole house and storage facility. Alan and his crew showed up on time and worked until the job was finished, which was about 10:30 pm. They were very careful and worked hard.

I needed help just moving one desk from one room into another. The desk is a two piece hutch set. Advantage movers did a great job!

Description of Work
Needed to move antique furniture around the house. Advantage movers was careful with my family heirloom! Good service!

Hello, thank you for considering Manifest Shipping for your upcoming move! Since our inception in 2017 we have provided friendly and professional moving services to our customers with honest and transparent pricing. Five years later, and our efforts haven’t gone unnoticed. Our customers describe us as polite, professional, non-stop workers & problem solvers. Some have even went on to say we provided them the best moving experience they have ever had. Our primary focus is to continue providing southwest Ohio residents the moving care they deserve. We offer full service residential moving solutions, and would love to assist you with your next big move. Call 419-905-5144 to book your move with Manifest today!  …

Super Service Award winner in 2016, 2015, 2014, 2013 and 2012. Leaders Moving & Storage of Cincinnati offers a wide range of residential and commercial moving and storage services. We have been in business for over 28 years and we have completed over 160,000 moves! Leaders is a professional moving and storage company, and we don't just use that as a catch phrase: Many of our employees are "Master Movers", meaning that they have completed over 1,000 household moves. You are only as good as your last move. Over 80% of all our customers last year were repeat customers and referrals. This is due to the fact that we do more than just meet our customer’s expectations, we exceed them. We are one of the only moving companies that can give you a GUARANTEED move price. We give you the flexibility of controlling the price of your move. There are no hidden fees, and no nasty surprises. Our price includes all charges, mileage, tolls, drive-time, taxes, etc. You can reach us toll free at (800) 421-3029. We look forward to helping you with all your moving needs. USDOT:1237577  …

Local and state-wide moving services for Homes, Apartments and Offices. Moving one piece or entire household. Locally owned and operated since 1995. Accredited member of BBB with A+ rating. Service also available for loading or unloading your rental trucks, PODS and in-house moving of furniture. Check our website at www.advantagemovingcompany.com or call us at 937-291-9188 for more information.

How is ADVANTAGE MOVERS overall rated?

ADVANTAGE MOVERS is currently rated 3.7 overall out of 5.

What days are ADVANTAGE MOVERS open?

No, ADVANTAGE MOVERS does not offer eco-friendly accreditations.

No, ADVANTAGE MOVERS does not offer a senior discount.

Are warranties offered by ADVANTAGE MOVERS?

No, ADVANTAGE MOVERS does not offer warranties.

What services does ADVANTAGE MOVERS offer?

ADVANTAGE MOVERS offers the following services: Local and state-wide moving services for Homes, Apartments and Offices. Moving one piece or entire household. Locally owned and operated since 1995. Accredited member of BBB with A+ rating. Service also available for loading or unloading your rental trucks, PODS and in-house moving of furniture. Check our website at www.advantagemovingcompany.com or call us at 937-291-9188 for more information.