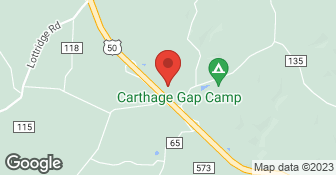 We would like to add you to our long list of safisfied customers. We believe you will be happy to have a company that puts you first. If you are already a customer, we would like to take this opportunity to say "thank you". You have made us what we are today. Service Areas We have two locations in West Virginia; Wood County (Parkersburg) and Harrison County (Clarksburg). Some of the cities we serve include: Parkersburg, Williamstown, Elizabeth, Vienna, Marietta, Belpre, Coolville, Little Hocking, Cutler, Clarksburg, Bridgeport, Salem, Harrisville, Pennsboro, Weston, Buckhannon, Jane Lew, Morgantown, Fairmont, Shinnston, and more. Please Contact Us if you don't see your city listed.  …

My Trane heat pump quit so I called Twin Oaks as I used them in the past and they fixed my problem. It could be the repairman they sent as he did not seem too competent. He kept saying "Everthing I fix shorts out another part." He worked on it from 9 am to 2 pm. Then he said he would need a part and left. After a week, we called and asked if he were coming back and the receptionist said she would call him and then return our call. The next day we still did not hear from the repairman so we called again and again the receptionist said she would get us a repairman. We also asked if she had ordered the part he mentioned. She said she did not know of any part ordered. She did call back and said someone would come the next day. In the meantime I logged onto Trane official website and they recommended Mountaineer Mechanical out of Little Hocking Ohio. I then called and made an appointment with Mountaineer Mechanical and called Twin Oaks to cancel, but told Twin Oaks to bill me for the labor so far. The receptionist let out a sigh and hung up. When Mountaineer Mechanical came, I described the repairman and they said they knew the Twin Oaks repairman and said they had fired him about 6 months ago.

Description of Work
Sent a repairman who was not sure of what the problem was but did not follow-up. Left us hanging.