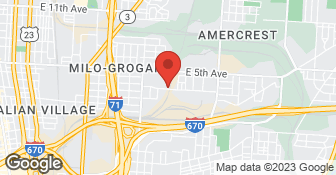 Interior and exterior painting experts. Capable of handling projects as small as a front door and as large as entire condo communities. Extremely proficient at cabinet painting. Call or email us to get a quote....

Every step of the project went perfectly, from a walk through allowing Prim to provide an estimate, to timely scheduling, to answering questions so we could be best prepared for a whole-house project. And the actual work was wonderful. The crew was courteous, immaculate and detailed and their work was perfect in every room. Our 21-year old house looks new again. We couldn't be more happy with Prim.

The work completed was a struggle. The lead painter had a hard time communicating to me on what is needed to complete the work. We had a huge deficiency on the language barrier. I assume these painters were contractors hired out by Prim Painting LTD. When they came out to paint, the just showed up without much notice except for an email. Would have loved a phone call from the company warning us. On the day the painters came out, the lead painter had more language barrier issues. He asked me what colors go where. I told him and he didn’t listen to he ended up painting the back doors the wrong color. Then 2 other painters joined him to finish up the house. After the painters were done. My wife came home and inspected the job. She was not happy to say the least. She noticed there was over spray of paint on my deck and in front of the garage. This was not cleaned up before they left. Not all the trim was painted. To be honest it looked like a rush job, just to complete and run. This did not represent the cost of project quoted to me. Called Prim Painting and needed to have the painters to come out remediate the issues. At that time, they did a better job and looked better. This job was to be completed in 1 day not strung over multiple days. What I would have loved is for Prim Painting LTD to do is send a representative like the salesperson that gave me the quote at the beginning of the project to assure me the work would get done per the estimate correctly the first time. I really felt like Prim Painting hung the painters out to fail. Just not a good impression of this company as listed on Angi.com as being a good company. Lesson learned ask lots of question. All I ask is that these painters need to do a professional job this first time and not to waste both of our time.

Description of Work
We needed he trim, back french doors and garage painted.

We received quotes from 3 companies to paint our exterior trim and repair a few damaged trim boards. After reviewing the quotes, we went with Prim, primarily due to their outstanding 5-star reviews. They warned us in advance that they were overbooked and running several months behind. After about 2 months, Aaron showed up at 7am one morning (without notice) to repair the rotting trim boards. He did a fantastic job and I was very impressed with his workmanship. A few days later, the painting crew arrived (also without notice) to apply the quoted 2 coats of paint to our trim. They applied 1 coat (missed several spots entirely on our chimney) and left our yard, roof and gutters littered with paint scrapings. We just assumed they were coming back the next day to apply the quoted 2nd coat and finish cleaning up. After several days, we contacted Prim and were surprised to discover that they were in fact complete and the 4 areas of missing paint on the chimney were the result of wood that was 'too far gone' to paint. I was a bit skeptical, especially since one the the missed areas was on the metal (not wood) chimney cap. However since our chimney is 30 feet tall, I took their word for it and agreed to have Aaron come back out to repair. Aaron arrived several weeks later (also without notice) and started on the 'necessary' repairs. When he was finished replacing 6 additional trim boards on the chimney, I was shocked to discover that only 1 of the 4 areas 'too far gone' were actually repaired. According to Aaron, the wood on the other areas was perfectly fine and were just missed by a 'sloppy crew' (his words, not mine). See attached photos from AFTER Aaron completed his chimney repairs Ultimately, the job is complete and looks good. However I only received 1 of the 2 quoted coats and ended up having additional boards replaced which were likely not necessary. Both of these failures are the result of the 'sloppy crew'. I tried to express my frustrations multiple times via voicemail and email, however they fell on deaf ears. I am assuming the poor communication and poor workmanship (aside from Aaron) are the result of Prim being overbooked beyond capacity. Obviously other have had tremendous experiences, we were just stuck with the short straw.

Everything went as smooth as possible. They guys and young lady showed up on time each day, explained what would take place in each of the 3 days and days did an excellent job

Description of Work
Majority of interior of home painted

They were great - the crew was professional, fair, and thorough. Mike was responsive and flexible in quoting and facilitating the job.

Great job! Good attention to detail. They brought a whole crew and finished in a day and a half. and cleaned up when they were finished. The price was lower than the other estimates I got. I had misread the invoice and over-paid the amount. They caught the error and refunded the over-payment. I was very pleased and would highly recommend them to anyone!

They did a beautiful job! We're very pleased with the end result.

Prim Painting was prompt and professional from start to finish. Our request for a quote was answered promptly. We were given options to chose from so we could control the price and scope of the job. Once we decided to proceed we were quickly schedule for a time that fit our windows of opportunity. The Prim Painting crew arrived on time the day they were scheduled. They were very professional, did great work and everything was completed as expected. They are very reliable.

They did an amazing job and was able to complete the job in one day. They made sure to fix little imperfections and the painting looks fantastic!

Prim painters went above and beyond. The crew disassembled downspouts, caulked carefully, painted beautifully,and cleaned up better than when they arrived. They painted every piece of trim and door. They were superior.

Description of Work
Exterior of home

Prim Painting Ltd is currently rated 4.9 overall out of 5.

Are there any services Prim Painting Ltd does not offer?