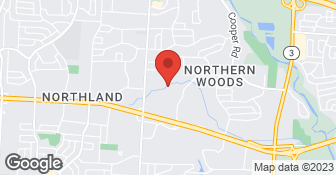 Outstanding planning, design, and implementation! We appreciated that Mark Kresge and his experienced team listened carefully, followed our budget requirements, and built a beautiful and practical kitchen with craftsmanship and care and ahead of schedule. Highly professional, skilled and ethical. We highly recommend!

The Kresge folks really know what they're doing. From choosing a replacement fan/light, installation of it, and preparing the shower stall for re-grouting, they did everything just as it should be done. Mike was always polite, professional, and explained anything we had questions about.

One of the best remodeling experiences I have had. Courteous, reliable and high quality work.

Gearhart Kitchen Remodel (April – July 2017) Up until I retired in 2016, my husband and I lived with our small, cave like kitchen. I had made comments over the years about updating it but wasn’t until I retired and we were tripping over each other that he acknowledged the wisdom of a new floor plan. Once we decided to remodel the kitchen of our 1923 home we called Kresge Contracting about the project. They renovated our upstairs bathroom and installed a second one on our main floor three years ago and we were very pleased with the outcome of the project. Mark Kresge (company president) responded in a timely manner and we had a meeting to discuss design options for the kitchen. Once Mark understood our “wants and needs” he designed our new kitchen. He also knows to ask the right questions – such as “how is your comfort on the upper floor?” Per Mark, “It is easier to make these kinds of modifications when the walls are open.” In the process of construction, a second cold air return was installed on our upper floor, which has made it easier to cool and much more comfortable. The remodel not only required the gutting of the existing kitchen but also the removal of the wall between the kitchen and dining room. Since our house is old, the question of lead paint and asbestos needed to be addressed. Lucky for us, our house does not contain lead paint, however we did need to deal with asbestos removal on the heating duct in the demolished wall. Kresge takes environmental hazard issues seriously and has been trained to identify and address them in an appropriate manner. Andy L. (our project manager) was timely, courteous and really knows his job. He has excellent communication and organizational skills, which were evident in the smooth flow of the renovation. We were told the job would take about 12 weeks and Andy ensured that the schedule was followed. He kept us informed of the “who, what, where and what time” during the course of the project. Problems were dealt with in a timely manner and to our satisfaction. The personnel that performed the work were knowledgeable, courteous and friendly. My husband and I never felt uncomfortable with any of the contractors or subcontractors and in fact we had some very interesting conversations. We absolutely love our newly remodeled kitchen; it is open, clean and bright. The new layout is easy for us to navigate without tripping over each other and there are no more inaccessible cave-like lower cabinets or wasted space (especially over the cabinets – no more nasty, dirty cabinet tops to clean!!)

Extremely disappointed that this company would not consider taking on our projects. They did a beautiful addition to my sister's home in 2008 so I was excited to get an estimate from them and to hear their ideas for a bathroom remodel and how they would finish our basement. While talking to Mark on the phone he looked up our address and said we lived between 29 and 33 minutes from his office and he did not service anyone who lived 30 minutes or more from their office. So before you contact them for your next job you should see how many minutes you live from their office. I had to give an overall rating to submit this review. I gave them an A based on the work that they did at my sister's house and the fact that Mark got back to me quickly. Just thought people should know that you need to be within 30 minutes from their office to work with them and even if you are within 29 to 33 minutes (17.5 miles in my case) this company will not work with you especially if you live in an area that may have heavy traffic during the morning and evening rush times.

Description of Work
Wanted an estimate to remodel our bathroom and finish our basement.

Mark, Kevin and Abbi were fantastic to work with. They were professional and responsive throughout the process. All questions were answered quickly and thoroughly. Minor touchups and changes to the workplan and design plans were handled quickly and effectively. All members of the team were in close communication throughout, did great work, and were a pleasure to work with.

outstanding, very professional, on time and on budget. These guys are fantastic

We loved working with Kresge and would highly recommend them. We met with several companies for quotes and from the beginning they were by far the most professional and put together of all the companies. They have a show room which makes it very convenient to make all of your selections and they offer help at every step of the way. The project manager (Andy) was great and always available by phone or email with any questions we had. He also kept us constantly updated on the progress and next steps. Most importantly we were really pleased with the final product. I would not hesitate to use them again for future projects.

We are very pleased with our added bathroom. Mark Kresge and his crew were professional, polite, knowledgeable, trustworthy, precise, efficient, and on time. We would use this team again in a heartbeat.

Description of Work
We needed a basement bathroom

I am remiss in not getting a review posted on the major work that Kresge Contracting did for us last year. We provided Mark's office with extensive feedback but have not done this review. We found the company initially on this list, so it is only appropriate to provide a summary of our experience. First, it must be pointed out that this was our first time doing such a major renovation. Gutting the kitchen/downstairs of the 20+ year old home for a family of 4 (two still in school) was huge and much more in every way than we anticipated in retrospect. We interviewed several companies from AL and were surprised how different they were in what they would, or would not do, for visual presentation. Kresge had a good set of visuals to show and help you pre-visualize the work. Mark's design skills are good, as are his client skills (although he disappeared during the construction), and his ability to try to work within your budget was good. Beware of small details that do not make it on drawings or lists. They will cost extra or eat into the contingency. The job was going to be a long one, about 12 weeks but it felt longer. Due to vacations and floor work there were days when nothing was being done. We wanted a design and contracting company in one and that worked well. The project manager was delightful and could not fix everything, but tried. They do not provide color services, we had to pay someone else for that, which still seems odd, but we did and it worked out well. Part of the house is a home office and the expectation was that I would be able to work. That did not work out well. There were days with so much noise I had to leave. The subcontractors in particular banged around like no one was around. They also did not clean up after themselves well. The trash trailer that we knew had to be out front was an eye sore all summer. Flat tires, rust and all. It also leaked rusty water and stained the newish concrete below it. They tried to clean it, but failed. The oak floor that we wanted had small scratches in it from workers doing their jobs after the floor had been done. There was no fixing those. I am not sure I would buy a wood floor again, unless I could be assured that it would be protected more. I am listing many negatives, but there are many positives, too. It looks very nice. My wife was pleased with it. I was not completely pleased, as some things could not be fixed which should have been, IMHO, I don't think we would hire the company again primarily due to the list of disappointments that they could not or would not fix. They were not major issues individually, but they add up. Having experienced one major renovation, I would go into another with a different mindset, too.

We have the experience and dedication to get the job done right! Specializing in Painting services; We guarantee your satisfaction, and we won't leave until the job is done right. We pride ourselves on the quality work we provide, while delivering great customer service! Call or click for your FREE estimate today!  …

We do interior and exterior painting work. we make your house spectacular and most importantly we do not use sub-contractors I, Jessica the Owner of the business, my husband Jimmy and our employees take care of doing the best job we can we are very detailed in our work, we work so that the client is happy with our work  …

Bonded
Insured
All statements concerning insurance, licenses, and bonds are informational only, and are self-reported. Since insurance, licenses and bonds can expire and can be cancelled, homeowners should always check such information for themselves.To find more licensing information for your state, visit our Find Licensing Requirements page.
General Information
Free Estimates
Ask for details
Eco-Friendly Accreditations
Yes
Payment Options
Check
Senior Discount
NO
Warranties
Yes

How is Kresge Contracting overall rated?

Kresge Contracting is currently rated 4.8 overall out of 5.

What days are Kresge Contracting open?

No, Kresge Contracting does not offer free project estimates.

No, Kresge Contracting does not offer a senior discount.

Are warranties offered by Kresge Contracting?

What services does Kresge Contracting offer?