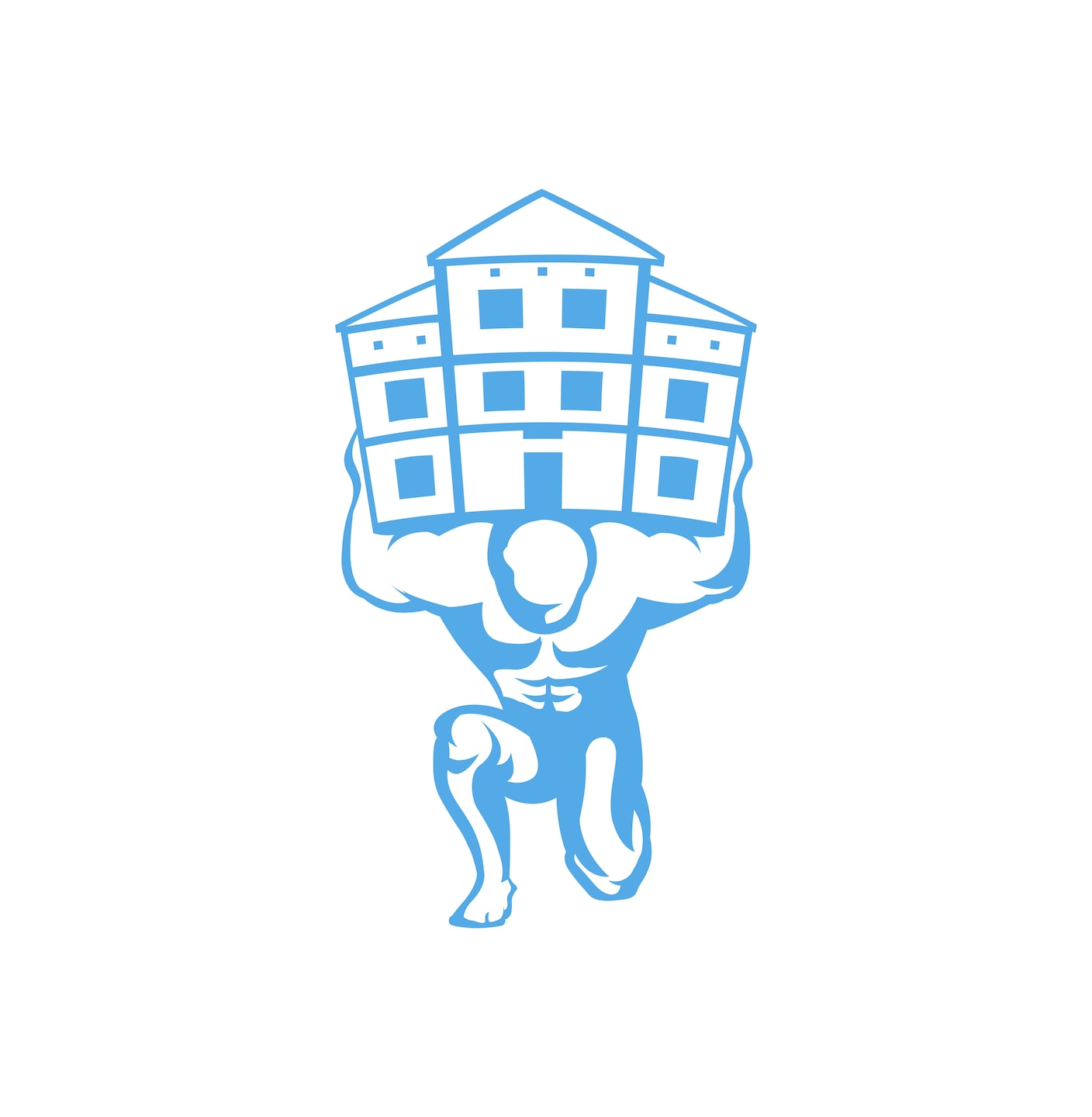 Hercules Movers is determined to be the best moving company for you. With over 10 years of experience in the field, Hercules Movers focuses on honest pricing. It's not about the move but about you, the customer. It is important to us that you are happy with your mover. Moving is a stressful experience, and you deserve to have a stress-free, joyful process facilitated by quality and trained professionals. At Hercules Movers, we take pride in our work and offer the absolutely best-quality service in the industry. Hercules Movers, a 5-star moving company, offers the following services: - Residential moves - Apartment moves - Office or business moves - Single-item moves - Professional packing - Loading or unloading your rental or pod Please feel free to call or e-mail for more information or to get answers to any questions you may have regarding your move or any of our services

We were moved from an apartment to a house, due to were both disabled we hired a moving company. They were efficient, however, things got broken and reassembly was poorly done in one of the bedrooms, and the other bedroom was done correctly. The walls in our new home were damaged. It's been a month since we filed a claim has not been contacted. As 2 disabled seniors, this is not the service we thought we receive from a big company.

Description of Work
We moved from an apartment to a house.

The move was ok. Polite and efficient. Damage to treadmill rendered it unusable. This has been an ongoing 1 year ordeal trying to get them to either fix or reimburse a lousy 100$ and some dollars. I've been completely ghosted by the company. Will make my best effort to mention this company to all acquaintances and tell them to avoid. And by the way, my elderly father and I have moved that treadmill 3 times with out damage.

It went great. Reggie and Rudy were efficient, fast, courteous, and went above and beyond. Would highly recommend!

Description of Work
Moving from one house to the other.

It went amazing! They showed up on time, hit the ground running and were finished WAY quicker than we expected. They were fun to be around and made the process less stressful.

Description of Work
We needed our house moved from one side of the city to the other.

Great company! We have used them several times for moving and for relocation of heavy furniture within our home. Price was great and they were very professional.

All went smoothly and I plan to get them back soon for a bigger job - and ask for Joshua and Justin.

Description of Work
I needed items moved out of my house, into another house, stuff moved from the 2nd house back to mine and appliances delivered to Habitat for Humanity

Troy, Silver and Kaleb were AWESOME! I was SO impressed with this crew; they were professional, polite, watchful, and they genuinely cared about pleasing me. They were proud of their company, so much so, I thought they were the owners but they were not. I would recommend HERCULES to any one - I prayed for a good move and my prayer was answered.

The 3 movers were excellent. They arrived on time and explained the process, then went right to work. They were extremely careful and courteous. They took one break during the move out and had the entire house packed on the truck in 2 1/2 hours. At the condo, they were careful of the newly painted walls and helped with placing furniture and little things like putting felt pads on the legs of the furniture going in rooms with hardwood floors. The only break they took then was when the truck was completely unload, everything was in the house and paperwork had been completed. We would definitely hire Hercules Moving again. Hopefully we'd get Troy, Silver and Josh as our movers.

Description of Work
Moving from house of 50 years to condo

Thank you so much for your kind words. We really appreciate you taking the time to submit a review and for the positive feedback! On behalf of everyone here at Hercules Movers , we are thrilled we were able to help with your move and make it a smooth one. Thank you again and take care!
5.0

We were so pleased with the service we received. Two men arrived on time and worked their tails off. They only took one break while loading (after asking if it was okay) and none while unloading. They were quick and efficient while being careful with our belongings. Both men were very polite and willing to work hard. We would definitely hire this company again.

Description of Work
Hercules Movers LLC helped us move from an apartment to a house.

Hello , Thank you for taking the time to share your experience with Hercules Moving Company. It was a pleasure working with you and we look forward to assisting you in the future.
5.0

Enjoyed them and they did a very good job. The head guy knew what he was doing.

Description of Work
Three guys that were very excellent moved 4 BR of furniture from storage to new home. Provided truck as well.

We didn't have a great experience with these guys. Although two of the three movers on the team were professional and hard working, the third was quite lazy. Unfortunately, the move ended up taking significantly more time than quoted, costing us significantly more money. Had the third mover worked as efficiently as the other two, I don't believe this would have been an issue. Additionally, while trying to move a couch, the movers broke the storm window in the garage door. Although they were perfectly aware that this happened, they did not even offer to do anything to rectify their mistake. However, our real frustration with the company started when we realized that they had failed to return the hardware to our daughter's crib after they had disassembled and moved it. In and of itself, this is a small issue. However it took over a week for them to return it! After multiple phone calls and failed delivery they FINALLY returned them to us. What I find completely unacceptable and unprofessional is the lack of communication we have had from this company. My husband left a review for them outlining the issues that we had, and although they promised to "look into it further" and "make it right," after a month and numerous attempts to contact the company through all available channels, we have heard nothing.

Description of Work
We used Hercules Movers for a home move

Thank you. It will be nice if they have deals or offers on Angie's list

The guys did a nice job. They hustled all day and handled everything with care. They packed the trucks tightly. We had a few slow downs with the truck, but they took it off of the bill in the end.

Description of Work
We had a big move (4 BR house) and we decided to hire Hercules. We moved 120 miles away and they loaded the truck, drove the trucks, and then unloaded on the other side.

Hello, We are glad that we were able to provide you with a stress-free moving experience. Thank you for your recommendation and appreciate your business.
5.0

We received excellent service and really felt these movers took care of us! They provided a quote that was very competitive and accurate, got us scheduled on short notice, and then accommodated our move that just kept getting more complicated (multiple stops, big items, and more) with ease and friendliness. Steve, Rudy, Jordan and Chandler were efficient, personable, and careful. Hiring Hercules Movers was honestly the best part of our move. I would definitely recommend them!

Description of Work
Move items from 2 separate locations, store items over a Sunday

We received excellent service and really felt these movers took care of us! They provided a quote that was very competitive and accurate, got us scheduled on short notice, and then accommodated our move that just kept getting more complicated (multiple stops, big items, and more) with ease and friendliness. Steve, Rudy, Jordan and Chandler were efficient, personable, and careful. Hiring Hercules Movers was honestly the best part of our move. I would definitely recommend them!

Description of Work
Hercules moved items from the house we sold to the house we bought. They stored items for us over a Sunday and made a second stop to get items we'd stored at a family member's house.

Hello, We do our best to always be very efficient and punctual. We appreciate your business and thank you for your recommendation.
5.0

It went fantastic they showed up on time, looked over everything that needed moved and proceeded to load the truck. They were very professional and carried on conversation without standing around. I would definitely refer people to this company and if I move again I will be calling them.

Description of Work
Hercules movers were just great. They were more affordable than other movers I had used in the past and were punctual, professional and very nice. All of my belongings arrived in excellent condition and they even helped with my previously ill-assembled dining room table. Highly recommend them.

Description of Work
I needed help moving bedroom furniture into a van and help packing it with boxes, etc. Even though the van wasn't completely filled, nothing shifted or was damaged en route. Great job.

Description of Work
Movers were courteous and worked hard. Got the job done with no issues. Very pleased.

Description of Work
They were great! They both worked continuously and completed our entire move in 3 hours. We had to change our original scheduled move date which they accomodated without any problem.

This provider was very careful to move my belongings safely. Managed to get a washing machine down a very narrow path. Very nice workers.

I called Changler the day they came out looking for someone who could help me move my fridge while they were both low on groceries as we had been out of town. When we moved into our home we brought our large newer fridge with us, but it did not fit under the cabinets in the kitchen when we moved in. We put it in the garage and used the smaller fridge until we could redo our kitchen. After a small kitchen remodel, we were ready to have our nice big fridge upstairs and relocate the smaller one to the garage. When I called they said they could come by in about an hour after they finished helping load another move. They called me about 10 minutes before showing up as well to let me know they were on their way. They brought a dolly with them. I had removed the fridge doors prior to their arrival to help cut down on time and cost, but had trouble with one of the doors. Changler was non-plussed by that and helped me look up how to disconnect the water and eventually was able to do it for me. They relocated the fridges for me, then helped me put the doors back on so all I had to do was reconnect and tighten the screws. They were really professional and courteous and took their time to make sure things were done right. I would hire them again for sure in the future.

Description of Work
We had a large newer fridge moved from the garage up stairs in my bilevel home, and the smaller fridge that came with the home moved down into the garage.