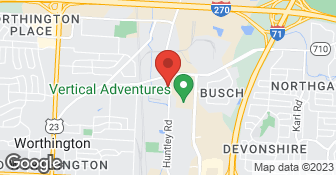 Our mission is to provide you with superior quality construction services. We dedicate ourselves to achieving harmony between our understanding of your vision and our presentation of design ideas, based on our body of work experience. We want your overall design-build journey to be collaborative, inspired, and fully satisfying.   We understand how emotionally tied to your project you are. A new space doesn’t just improve your home, it enhances your lifestyle and impacts how and where your family and friends get together.  Our goal is to unite you with your enhancement project.  Just as a cornerstone binds two walls, we feel that communication is paramount and should take place directly between the client and those performing the work. Let us show you what a difference it makes when you communicate ideas directly with the craftsmen who are performing the work.  You won’t find any salespeople at Cornerstone Construction and Remodeling, Inc.  However, you will find a team of professionals who love their work and want you to be nothing short of thrilled with your project. We strive to provide customer service that it is not just the best, but legendary. At Cornerstone Construction & Remodeling we stand behind our work! To assist you in protecting your investment, we provide a two year workmanship guarantee from the date of completion of your project....

They were wonderful, responsive, honest, and they worked well with us. They got the work done in a satisfactory time and I plan to use them again.

Description of Work
They remodeled our kitchen.

They are very underhanded. We had underground drainage tile that they disconnected to do the job. When they were done with the project, they connected to an old tile drainage that was improperly draining. We have had them out several time to look at the drainage problem. The problem has been intermittent and he said that he has never had any issues like this. We ended up hiring another company to fix the problem and they were able to determine that he didn't put enough downspouts in and incorrectly and improperly connected the new drainage system to the old system. They left a 4" pipe from the new system open and just threw a big blob of concrete on top of it but it was still open. This has been an ongoing problem for the last three years. I think they are very unprofessional and incompetent.

Description of Work
They put on a sunroof edition with a roof deck on top.

went very well. so helpful guiding me through the process.

We were happy with our first initial contact with them. Their estimate was reasonable. The man who came out was very personable.

Description of Work
We got an estimate from Cornerstone Construction & Remodeling Incorporated for a remodeling project.

Great advice on our decisions, and worked with cabinet designer to come up with the best design for our space. Had their own suggestions, but were willing to work with our ideas too. Any problems were resolved cheerfully and promptly. We LOVE our new kitchen. Tom and his crew did a great job! Even our dogs loved them.

Description of Work
Cornerstone did a complete remodel of our kitchen and some other work in the adjoining room. Tore out all the old cabinets and replaced with new, put in new granite countertops, new lights (in both rooms), and new floor (in kitchen). Stainless steel backing behind stove. Complete refinish of hardwood floor in adjoining room.

We hired Cornerstone Construction to remodel our kitchen. I originally contacted Cornerstone after seeing one of Angie's Big Deal emails. I met with Tom Eastwood, owner of Cornerstone last Fall to discuss the promotion on Angie's List. The promotion was a kitchen remodel for a fixed price, provided the kitchen was a specific size. Tom showed up for the appointment right on time. He was very professional and made a good first impression. We discussed the kitchen remodel in general and what would be covered for the fixed price. After measuring my kitchen, Tom let me know that our cost would be somewhat higher based on the dimensions. This was not a surprise, as I knew my kitchen was a bit larger than the specific size in the promotion. I let Tom know that I was interested, but not ready to commit to the project. I contacted Tom again a couple of months later. He came out again to discuss the project and to get more firm measurements so that he could provide me with an estimate. He let me know that I would be able to pick out cabinets from a local supplier that he works with, and indicated that the cabinets would be within a certain price range. If I chose cabinets outside of that range (i.e., higher), then the cost would go up. After several more calls and delays on my part, we finally signed a contract for the kitchen remodel. The cost of the remodel was close to double the original promotion price, but that was due to kitchen size and cabinet and floor choice. There were no surprises once we agreed to the scope of the project. I have not been involved in a kitchen remodel before. It was a somewhat intimidating process for me, as I am not a very decisive person. I tend to over think decisions and question them once I have decided. About a week prior to start of the remodel, Tom came over for a pre-construction walk through. He introduced me to the project manager for my remodel. I thought Tom would be more involved in the project and was a little surprised that someone else would lead the project. Not to worry. Chris the project manager was a very nice young man who was pleasant and easy to work with. He knew what he was doing, cleaned up every day before he left and did very good work. I am delighted with my kitchen, and all who have seen it are impressed with the workmanship of Cornerstone Construction. Tom and Chris are both trustworthy and I was never concerned about them being alone in our home. What could be done differently? I shared with Tom that for remodel novices such as myself, I would have liked to have had a task list that specifically set out when my choices needed to be made. I found myself rushing to pick out paint colors and running around towards the end of the project to pick out lighting fixtures, etc. That might make a project such as this a little easier for the homeowner who has not gone through a remodel before. Overall, a wonderful outcome. I would definitely hire Cornerstone Construction for any future projects that require a construction company.

Execellent communication daily, with consulting us and letting us know the next steps and any things we needed to do (like move furniture out of family room). Workers were polite, cleaned up after work, arrived and left at reasonable hours. Work was detailed and great quality, we are still enjoying their great job. Any issues were addressed and dealt with, ie a hole in the existing vinyl floor was repaired with left over vinyl we had saved, and is not noticeable. Tom Eastwood is very pleasant to deal with- you will enjoy having him as your contractor.

They were very friendly. They were very willing to explain to me on what worked and what didn't work. They told me why things needed to be done the way they were done. It is very easy to talk to them. If one tells them exactly what one wants, then they are very willing to listen and do what one wants them to do. The price was excellent. I would absolutely use them again if required.

Description of Work
I used Cornerstone Construction & Remodeling Inc in October through November 2011. They remodeled my kitchen.

They are real great to deal with. When you call them they either answer you on the phone or reach home quickly. We have made several changes to what we wanted to do. If you had any questions they would answer them for you. They give great feed back to any questions we have had whether it is work or how to do it. They were very accommodating to all the changes we wanted throughout the project. They have great variety and they gave us a good price. They were far cheaper than any other company we have been quoted. Sometimes it seemed that the work took long and sometimes it seemed as if they were very fast. The project took longer than the time frame they said it would take. But the size of the project was very large in itself. We would again use them in the future.

Description of Work
I had Cornerstone Construction & Remodeling Inc to add a bathroom and to remodel the master bathroom. We turned a large fountain and part of the bedroom into a bathroom and pour out a closet on to a second bathroom and added somewhere else to the room.

He got back to us quickly and got us the estimate quickly. He was willing to change things. He seemed very willing to do whatever we wanted done. We have just decided to postpone the work.

Description of Work
We got an estimate from Cornerstone Construction & Remodeling to remodel a bathroom.

Featured in Angie’s List magazine as a 2011 Best Contractor. Always providing high quality hardwood flooring services. We specialize in hardwood floor refinishing, maintenance, installation, trim. We have won the Super Service Award every year we have been eligible and take pride in earning future awards.  …

With over 18 years of experience we specialize in hardwood, ceramic, laminate flooring design refinishing and installation. Wood stairs and railing install, repair or replace .  …

Family owned & operated. Stewarts has been around since the late 1920's. we do NOT use subcontractors. Since 1920 our family has owned and operated this business by dedicating ourselves to the customers treating everyone as if they were our own family. We proudly serve Columbus, OH and all of the surrounding areas. We strive to provide our customers with 100% satisfaction. By offering free estimates, you can rest assured that you are receiving the best treatment at a price that you'll find to be pleasing.  …

Bonded
Insured
All statements concerning insurance, licenses, and bonds are informational only, and are self-reported. Since insurance, licenses and bonds can expire and can be cancelled, homeowners should always check such information for themselves.To find more licensing information for your state, visit our Find Licensing Requirements page.
General Information
Free Estimates
Ask for details
Eco-Friendly Accreditations
No
Payment Options
Check
Senior Discount
No
Warranties
Ask for details

Cornerstone Construction & Remodeling Inc is currently rated 4.7 overall out of 5.

No, Cornerstone Construction & Remodeling Inc does not offer eco-friendly accreditations.

No, Cornerstone Construction & Remodeling Inc does not offer a senior discount.

No, Cornerstone Construction & Remodeling Inc does not offer warranties.

Are there any services Cornerstone Construction & Remodeling Inc does not offer?