With Angi since September 2001 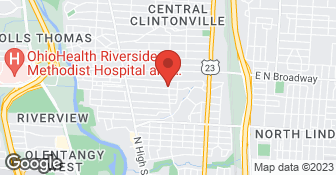 We specialize in exterior sewer drains,waterline replacements and camera service.  …

We have been in business for over 46 years, Fixing wet basement problems since 1975. We are based out of Columbus, Ohio and have been delivering excellent service throughout these past 40 plus years. We have over 10,000 references available so you can be certain that you are getting the most for your money. The more you check us out the better chance we have of working for you! Feel free to contact us if you have any questions about our services or want to schedule a time for us to come out and provide you with a no cost/no obligation estimate. We employee 8 high quality, detail oriented people. Rogers does not use sub-contractors. We base the cost by the individual job. Additional contact: Paul Boeriu. Additional e-mail: info@rogersbasementwaterproofing.com.  …

provider took six months. did not own up to contract . he was paid for job he failed to complete. I had to get another contracter to fin ish the job which cost me additional money. And Paul Bova failed to reimburse money as was agreed upon for not finishing job.

This project started Sept. 2014. Mr. Bova actually never got started until Oct. I told him I needed this done before Thanksgiving. To date it has not been completed. Mr. Bova has done very terrible work. The floor is not level and grouted properly. There is space between the floor tile, doors and walls were water can get in and pop up the floor tiles. The grout was not spaced or mixed correctly me...

Description of Work
Bova Remodeling was suppose to completely gut and remodeling my bathroom which to date has been unsuccessful.

I am responding to a complaint made against me by [member name removed]. let me start by saying that this complaint is extremely exaggerated and most of it is false. I quoted this job for [member name removed] for $3000.00. At the beginning of this job I went with her to several different retailers to help her pick out certain materials because she could not make up her mind on anything, this too,...
3.0

The interior painting was adequate, but I later found shortcuts that diminished the quality of the finished work. Recaulking and grouting in master shower began to deteriorate within three months. A neighbor had recommended the company. Next time I'll go with an Angie's List recommendation where I can find more specific information.

Description of Work
Interior painting and recaulking/regrouting of master shower.

They told me they would start on July 2nd and finish on July 9th. I had to pay him a deposit of $1000 and he was dragging until the 17th and he did not show up. It was over two weeks. He was telling me he was going to do the work and the first week he would only come for a few hours, at the most 4 hours. His brother was helping him and I ended up having to fire his brother. The second week I becam...

Description of Work
Bova Home Remodeling was hired to remodel my kitchen. He was supposed to remove the exhaust fan, painting the wall, removing old cabinets, putting in new cabinets and counter tops.

I contacted Paul for an estimate to finish a portion of our unfinished walk-out basement. He came out within a few days to look at the very cluttered space and gave us an estimate the following week. He told us his next scheduled remodeling job had been postponed due to a family emergency and that he could start on our job the following Monday. We had two issues; a very cluttered basement and we w...

We contacted Bova Remodeling about installing new windows in our home, which still had the original windows from 1957. We were immediately able to make arrangements for our windows to be measured and made the order. We were contacted immediately once the windows were received. They took care of everything from measuring, ordering, delivering and installing. They were extremely professional and I c...

They were fantastic and I would recommend them to anyone. They were very professional and detail oriented. The cost was reasonable especially after comparing to others.

SOMETIMES THE QUOTES TAKE A LITTLE WHILE.

Description of Work
HE REMODELED OUR KITCHEN

WE SCHEDULED THIS COMPANY TO COME OUT AND LOOK AT OUR PROJECT. THEY DID SHOW UP WHEN THEY WERE SUPPOSED TO. THE SECOND TIME THEY ARRIVED (SUPPOSEDLY TO TAKE MEASUREMENTS) THEY JUST "SHOWED-UP" NO PHONE AHEAD...NO INDICATION THEY WERE COMING. THEY TOOK THEIR MEASUREMENTS AND SAID THEY WOULD GET BACK TO US WITH AN ESTIMATE...WE NEVER HEARD FROM THEM AGAIN. I EVEN CALLED THEM BACK...NO RESPONSE.

A SMALL CONTRACTOR, BUT VERY RESPONSIVE, FLEXIBLE, COST EFFECTIVE, WITH HIGH QUALITY WORK. THEY WILL BE AT THE TOP OF OUR LIST FOR FUTURE WORK.

Description of Work
ADDITION OF A ROOM TO OUR UNFINISHED BASEMENT