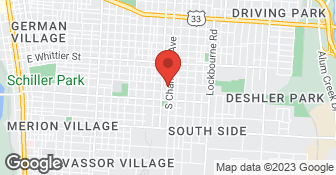 Agape Service Co was established in 1982 by Richard Smith. A proud Ohio State grad and native central Ohioan, Richard was no stranger to hard work. He was determined to build a hauling co that provided friendly and dependable service. The agape motto was born. "Once a job has begun, do not finish until it's done, be that job large or small, do it well or not at all!" People in the neighborhood and community would call agape for anything that involved strong backs and a truck. Word quickly spread about agape's friendly and dependable service. A community business was born. Agape today. Today Agape Service Co is recognized in central Ohio for providing quick on time, professional service. Agape Service Co is recognized by Angie's list and has received the super service award eleven years in a row. While a lot has changed since 1982 agape will always stay true by providing friendly, knowledgeable and trust worthy service. The future of agape. As the commercial and residential hauling industry continues to grow, agape service company will continue to lead the industry in service and responsible recycling. The best is yet to come. Award winning....

Has your home become an obstacle course because of all the junk you have lying around? Don't treat your home like a storage unit-reach out to Dump Bros, LLC for junk removal services. We can clear junk in your home, yard, garage and anywhere else on your property. Whether you're just getting rid of a few bulky items or need hoarding clean up services, you can count on us to get the job done. Call 614-680-0678 now to schedule junk removal, foreclosure clean out or hoarding clean up services in Hilliard, Ohio.  …

Locally owned & operated by an OSU graduate. No travel charges. We do all the lifting and loading. Our prices already include the standard labor, tax, disposal, and recycling fees, there are no hidden costs. We have 11 trucks and multiple crews. The crews are employees. No subs. Additional DBAs - Srose Enterprises LTD, 1-800-GOT-JUNK LLC  …

They're very good. Showed up when they said , and completed the job to my satisfaction. Highly Recommend.

They called within minutes of the service request and had a dumpster at the location within hours. Very nice guy. Pleasant to work with. Would definitely use again.

Description of Work
Needed to rent a dumpster

The original scheduled service date was changed at Agape request and rescheduled to next day. Agape showed up on the rescheduled date and moved everything out of basement in very efficient and quick manner. We had used Agape service in the past and had a good experience then; so we anticipated another good job and we were not disappointed. Satisfied with services and price.

They came same day I called and only charged $50!!And they took the box away for me.

Description of Work
I needed a new treadmill delivered to my house moved from front door area of my house to basement.

They were professional and worked fast.

We called Agape with what we estimated to be 5 cubic yards of wood to be removed, based on measurements we had made, and were given a price of $125. When Agape arrived, the guy acted very disgusted and claimed that it was at least 15 cubic yards, saying it would cost $250 instead, and that he'd have to return at a later date with a bigger truck. So, instead, we rented a 4 cubic yard dumpster and easily got every last piece of wood in it. It was even LESS than my estimated volume. I have pictures that I'll gladly share if anyone is interested or would like proof...including Agape. As a small business owner myself, I hesitate to criticize anyone who is earning a living by running a business and working hard. But either this guy is lousy at estimating the volume of what people need hauled away, or he's ripping them off. Or maybe we just caught him at the end of a long, hard day. But that's not how I'd run my business.

Every interaction I have with Agape, I am more and more pleased and impressed with the services they provide. Working full time, with a newborn daughter, and renovating the house meant my schedule was often a mess. Agape (Richard Smith, and Mancy) have worked with me, extending my rental times with no additional charges to allow me to complete my work. They have always delivered on time, called before pick up, and have never left debris around where the dumpster was located. Agape and their employees are a true local business who support their customers. I would recommend Agape Service to anyone who is in need of hauling of refuse services.

Description of Work
I started a complete my house in July 2014. Agape was competitively priced and could bring a 13 yd dumpster out the quickest to my house so I chose them. Since July 2014, I have rented no less than 8 dumpsters from Agape and have had them perform some hauling/removal services as well.

There was a little trouble with the initial call for the estimate but after that, everything went quite well. The Agape Service employee was professional and hard-working and continued to be so the entire almost three hours he ended up having to be here. Due to other vehicles on the street, he had no way to safely back the truck up my steep driveway. That meant he had to run up and down the driveway to get from the basement to his truck, yet he stayed cheerful and hard-working the whole time and did a wonderful job. I was very pleased with the work and everybody I dealt with at Agape Service was great.