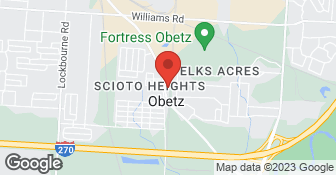 We offer quality and affordable excavating services. Give us a call to schedule your free estimate.  …

The RC Team is a full-service general contracting company to cover all your needs. From the excavation of a new house, remodeling an existing kitchen, to the installation of a new deck, we do it all.  …

Absolutely terrible. Was planning to use Ace Septic for service because I was sent a reminder via postal mail. I called to setup service and they were not able to lookup my account, even though they had serviced it before. The lady said she would call back the morning of the appointment to give me a quote (??? which was several days later) which was odd but I figured it needed done so lets move forward. Service day came and no call. I called in and spoke with a different woman. I don't think she gave her name, but by the other reviews it sounds like its the same woman. She was the one of the rudest people I have ever had the displeasure of speaking with. She couldn't find my account but gave me pricing and was just extremely rude... and annoyed that I had asked additional questions. I got off the phone and thought about it... and decided to call back and cancel. There are far too many companies that provide the same service (at probably a better cost) that are far more professional and show courtesy. Thanks to this woman I will make sure I never use this company again, and explain to my friends and family to never use their services either.

I called to inquire how much it would cost to come out and troubleshoot and/or repair my leach bed. The woman I spoke with said, "The septic tank probably needs pumped." I told her it did not because it was just pumped 3 months prior. She responded by saying, "It would be at least 3 weeks before we could come out and deal with something like that so I'm not going to even bother putting that on the schedule." And she said it very rudely... As if I had just asked her the most obnoxious question ever. In my opinion, you do not talk to potential PAYING customers that way. There's no way I'll EVER let these people do work for me.

See above. I can't complain about the tank cleaning, good job. My complaint is that they didn't advise or warn me that they charged for cleaning the filter. They charged $75 for using my water hose to spray off the filter, a service that took them less than 2 minutes!!! I will not use ACE again because of this tactic.

Description of Work
Septic tank cleaning. Asked me if filter had been cleaned recently and I responded no. He didn't tell me that they charged $75 to pull and use my water hose to spray it off, but did it anyway and then charged me $75 for the "service". Very unprofessional to not inform customer of the charge before just assuming they wanted it done.

He did an amazing job. I have used them several times and would keep using them.

Description of Work
He came cleaned the aeriation tank and put the water back in. He did both the primary and secondary tank.

Although I rated Ace with a B, I do highly recommend them. Of the companies available in Columbus, they were definitely the top pick. However, there were some things they could have done better to earn an A grade for "excellent" work. Time from my first call to work completion was about 2 weeks. Some of the delay was because I was researching all the options, and some was due to their schedule and to the weather. We chose Ace to do this work because 1) They are licensed for septic REPAIR by the Franklin County Board of Health (FCBOH) and 2) They had the tools and knowledge to actually REPAIR / restore / remediate our septic system. Every other company we spoke with only offered installing a new system, which is extremely expensive. In addition to the prohibitive cost issues (which was reason enough for us to not go that route!) installing a new system also involves getting approval from the FCBOH, which I understand can be difficult, frustrating and time consuming (as the septic regulations are VERY strict now and unless you have a LOT of space and perfect soil, usually result in a very expensive, unsightly and high cost-of-maintenance system). The things that Ace did very well and were worth the cost: 1) Their thorough diagnostics of our septic system. We learned a lot about the inside of our tank, where our leach lines were, how deep they were, where they were draining, where they weren't, etc. None of this information was available visually (it's all underground), and because our system is approximately 40 years old, there are is no public record of it. 2) Their use of the Terralift to restore our leach field to good working order. This option was what we felt was the most appropriate for our needs, and they were one of the very few service providers in the area who do it. I did find two other local companies that have a Terralift, but one didn't serve our area, and the other never returned my phone calls. The things that Ace could have done better to earn an A rating: 1) Be more proactive about calling with scheduling updates, especially when weather changes things. 2) Don't be arbitrary about the tank pumping. Our tank was partially pumped 3-4 times in the troubleshooting and repair process, but never fully to the sludge at the bottom. Although some of this was necessary, I felt that some was to pad their pockets. And then after they'd quoted us a maximum for pumping costs on the repair day, the tank was never pumped of the remaining sludge after Terralifting (which we'd previously been told by Ace was an important step to remove all of the old sludge). I felt "taken" on the upfront pumping, and "gypped" on the final pumping. 3) They could have left the jobsite (our back yard) in better shape. There were some ruts from the backhoe which could have been avoided with more careful driving. And the holes were not filled in smoothly. Grass seed could have been applied. Leave our yard the way you'd leave your own!

Description of Work
We had been having problems with runback to the septic tank from the leach lines, and more recently, during heavy rains, had drainage issues and some minor sewage surfacing in the yard (leach field). Ace troubleshooted our septic system (tank, inlet, outlet, baffle and leach lines), and made some recommendations. The work we had done included: 1) Diagnosed our septic system and leach field issues. 2) Terralifted the ground surrounding the leach trenches. This is to aerate the ground surrounding the leach trenches and restore good drainage to the field. It also caused the sludge in the leach lines to flow back into the tank for collection. 3) Dug up the tank lid and leach lines in a few places to further inspect / clean the system. 4) Pumped the tank several times to clean it and lower water level enough to fully inspect the system. 5) Added a chemical treatment that is supposed to restore aerobic conditions to the leach lines, which is supposed to enhance continued good operation of the system. I have confidence that the repair steps taken will give our 40-year-old septic system many more years of good service.

After the manufacturer delay and other power outage delays, no fault of Ace, Rick and his assistant showed up at the promised time. He had already done his homework concerning the health department and utilities companies, plus brought along extra materials for any hidden difficulties. Everyone was cautious of the existing landscape and asked where to park, drive, etc. They even made a point to rescue several frogs and a small turtle from the hole before proceeding. Things went very smoothly and we had our new concrete tank in place and working by day's end. These guys know what they're doing, they're very courteous and I highly recommend them to anyone.

Description of Work
Had our fiberglass peat filtration tank replaced with concrete tank after a failure and collapse. They had to dig a precise hole in a difficult location. Also had leach bed snaked for tree roots which were clogging.

They kept the appointment and completed the job in an efficient manner. Despite having to dig a little, they kept the price as agreed to.

Description of Work
They pumped out my septic tank.

RECEIVED A CALL FROM OFFICE THAT THEY WERE ON THEIR WAY. ARRIVED RIGHT ON TIME, WAS SYSTEMATIC, NO COMPLAINTS ABOUT HAVING TO DO A LITTLE DIGGING AND THE PRICE WAS THE SAME AS QUOTED. I USED THIS COMPANY LAST YEAR AND THEY KNEW EXACTLY WHERE MY TANK WAS. THERE WAS NO SALES PITCH THIS YEAR FOR ANY ADDITIONAL WORK.

Description of Work
PUMPED OUT MY SEPTIC TANK.

THEY HAVE CHARGED THE FEE SINCE 1997!