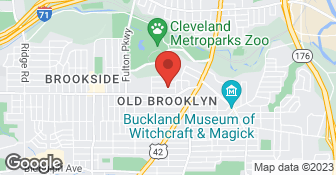 We service and install all makes and models of Heating and Air Conditioning and Refrigeration equipment. We offer special reduced rates on residential and commercial service preventive maintenance programs. We also recover Freon from unwanted appliances. We can help you select, install and maintain a total indoor comfort system that will enable you to enjoy uncompromising comfort and energy savings tailored to suit your family’s lifestyle. For heating, cooling and indoor comfort, no-one makes it better inside than we do....

BEWARE! Installation went fine once they showed up - they canceled our original appointment at the last minute. The real problem began with a banking issue beyond our control - the vice president of our bank did not abide by our overdraft agreement....he bounced the check. As soon as we realized what he had done my husband called Sunshine to make it right. He was told by Dawn that the check would not be put through a second time. LIE. He then gave her his bankcard number and she charged his card for the original check amount of $1089.16 plus an additional $75. These charges cleared - they now have their money. Sunshine has a third party check recovery service. You can't have this service and not know about it. Checxchange - on behalf of Sunshine - took $1139.16 from my husband's account - $1089.16 for the balance due on the furnace plus an additional $50. When he called Sunshine, he actually spoke with the owner who put the responsibility of fixing this on Dawn. SHE DID NOTHING. She said after several calls to her and her boss that they would not receive that $1139.16 for 30 days, that it was held by a clearing house. LIE. We finally called Checxchange and were told that Sunshine received that money in 2 weeks via direct deposit. This was a month after they took the money. Sunshine had their money because the bank card cleared, they then had their recovery service steal $1139.16. They knew they had double dipped BUT DID NOT CARE. We called Dawn and told her she needed to give back the money that their recovery service stole. She said she would issue a refund to the bankcard - that was 10 days ago. WE STILL HAVE NO MONEY BACK. According to our bank a refund to the bankcard does not take 7-10 days which is what Dawn is claiming. We have been waiting for almost 2 months for Sunshine to take responsibility, to act like professionals. I am going to make one more call to our bank and then I will contact the local authorities to begin legal proceedings. It is now March 14, and we still do not have our money back. Our attorney has sent Sunshine a letter of demand, if they do not pay up by this Friday, we will be going to court. Will keep you posted!

Description of Work
Had a new furnace installed.

Company took money out of my account and provided not service. I would not recommend. Having doubt about contractors on Angie's list. Not trustworthy at all.

Description of Work
They took my money and provided no service.

As a family owned, full service, repair, replacement, remodel and installation plumbing, heating, and air conditioning contractor, Pompeii’s has been in business since 1941, serving both residential and commercial markets for 77 years now. We pride ourselves in having a highly experienced and qualified staff, quality products and competitive pricing. All service technicians are fully qualified and trained to repair your problems arriving in service trucks that are fully stocked and radio dispatched for rapid response. Our large fleet of service vehicles offers you reliable, same day and 24 hour emergency service in Lorain, Cuyahoga, Medina counties and surrounding cities. Estimates are free for new equipment. We are only one call away 440-937-6006 to schedule an appointment today. We love helping our customers and hope we can help you.  …

For the fastest service please CALL to schedule an appointment or estimate (216-365-0600). As a Multi-Year Super Service Award Winner, The Plumbing Source is TRUST WORTHY, family owned and operated with over 34 years of industry experience. We are much more than a plumbing company because we offer services ranging from PLUMBING, EXCAVATION, HEATING and COOLING, to total BATHROOM REMODELS! We are large enough to serve your needs, while small enough to care about building a relationship. Greg Faustina, the owner, is a master plumber and is actively involved and past officer of PHCC (Plumbing, Heating and Cooling Contractors of Ohio) to exceed quality standards. All employees are uniformed and randomly drug tested. Technicians are trained every two weeks on the latest to ensure you are getting the best service. What sets us apart from our competitors is our AVAILABILITY to our customers (when you call us, you will talk with a live person 24/7), our commitment to use HIGH QUALITY MATERIALS and LABOR, and most importantly….our commitment to our customers! Water damage can ruin a home. Trust our LICENSED, BONDED, INSURED professionals in your home for long lasting results. It is our goal to build a relationship with our customers that will last a lifetime. We would love the opportunity to partner with you and all of your home improvement needs.  …

Sunshine Heating & Cooling LLC is currently rated 1 overall out of 5.

No, Sunshine Heating & Cooling LLC does not offer eco-friendly accreditations.

No, Sunshine Heating & Cooling LLC does not offer a senior discount.