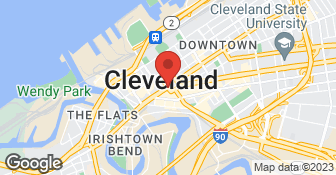 OWNER OPERATOR. USES SUBS FOR TRADES. COST IS DETERMINED BY THE JOB. NO TRAVEL CHARGES. NO SERVICE CHARGE. MAY CONTACT THROUGH E-MAIL.

Mr. Walker Biggs and his team performed excellent work on my condo. I had just relocated to Cleveland from New York City/Manhattan. First time condo buyer, first time to hire contractor. Biggs and another contractor were recommended by a friend. Selected Biggs Toral Rehabse. Why?Because he was prompt in responding professionally in writing to my proposal. Although he was slightly more expensive then the other contractor - I was impressed by his detailed response and positive attitude. He and his crew began job the dayI officially hired him. Professional workers, friendly, completed job in timely manner. Also always left premises clean and neat. Mr. Biggs would offer good suggestions when I asked - since I was new to this contractor/remodel world .(yes, I took some of his suggestions!). I would hire him and his crew again in the future. In addition I attest to the integrity of Mr. Briggs and his crew with the care of my new condo. Highly recommend Biggs Total Remodel.

From the beginning it was horrible but I tried to give the benefit of the doubt. When the concrete was laid the workers got concrete all over the sides of the house so bad the inspector told Walker it had to be removed. Walker would leave for hours at a time leaving men in our house by themselves that he didn't even know. My mother and I asked for drywall, later we found out that we should have had drop ceilings because if the pipes ever get backed up or need repairing we will have to tear our ceilings out. As a contractor Walker should gave told us this beinf this is our 1st house we have no idea what should go in rhw ceiling. During the month or so he had men in and out of our house we made sure to give him a garage door opener and a key to the garage door that leads to the patio and the back door key as it leads right into the basement where they would be working because we did not want them walking through the rest of the house. One day my mother and I came in the house to check on the progress and found that the workers had poured caullking down the kitchen sink and had gone into our kitchen pantry without permission. Everyday, when the workers would leave the basement would be a mess and my mother said something to Walker. As construction on the house went on my mother was absolutely not happy but I again wanted to give the benefit of the doubt...then the end result. IT WAS A DISASTER.!!! The borders in the basements were not cut correctly. My bathroom door was half painted. The drywall on the ceiling would connect to the wall in some spots in other spots it did not and when brought to Walkers attention his response was,"That's not in my contract"...WHAT!!! After talking to other contractors I was told generally permits are a part of the contract. Every permit needed, Walker would come to my mother and ask for a check for the amount. Once the work was finished Walker checked the work and told my mother he would be on vacation for 4 days and whatever was wrong he'd fix it when he came back. He should have never left with the work looking that way. Once he got back he had to bring 2 completely different guys over to fix the problems. They had to tear out the baseboards in both basements and recut them and put them back in. They had to repaint my bathroom door in the basement. These are just a few of the things that were completely messed up. I would NEVER recommend Walker to ANYBODY!!!

Description of Work
2 basements finished, 1 with a bathroom. Concrete patio redone. Carpet laid in both basements.

I thought they were doing a good job, but now I do not trust them, and I will be uncomfortable until they finish the job and leave my neighborhood.

Description of Work
This company is performing work on the home next door to me. One evening, I came out to see a van blocking my driveway. I asked someone working in the house if the van was theirs. A moment later someone came out. When I asked, "Why did you block my driveway?", he replied "Get out of my face!" When I repeated the question, he said a truck had been in front of the house they were working on. I replied that there were lots of other spots on the street. He repeated, "Get out of my face!" As I walked past the van to get back to my house, he stood in a threatening position and glared at me.

"Treat your clients the same way you would expect to be treated. It's a simple concept that we have lived by since we first started doing business." Award winning. 0% Financing Available. All major credit cards accepted. 25+ years in business.  …

Bonded
Insured
All statements concerning insurance, licenses, and bonds are informational only, and are self-reported. Since insurance, licenses and bonds can expire and can be cancelled, homeowners should always check such information for themselves.To find more licensing information for your state, visit our Find Licensing Requirements page.
General Information
Free Estimates
Yes
Eco-Friendly Accreditations
No
Payment Options
Check
Senior Discount
ASK FOR DETAILS
Warranties
Yes

BIGGS TOTAL REHAB & REMODELING is currently rated 2.3 overall out of 5.

No, BIGGS TOTAL REHAB & REMODELING does not offer eco-friendly accreditations.

No, BIGGS TOTAL REHAB & REMODELING does not offer a senior discount.

Are there any services BIGGS TOTAL REHAB & REMODELING does not offer?