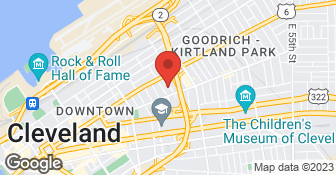 Prior to founding Radiant Windows in 2001, my wife and I traveled around the country and different parts of the world designing windows, equipment, and factories for the window industry. We know windows. We are truly experts when it comes to helping people to make the right choices when deciding to purchase new windows and doors and all the little details that go with them and within their budget.  …

At Smart Choice Windows and More, our goal is to exceed all of our customers' expectations by providing them with Quality products, Professionally Installed, at an Affordable price. From start to finish, we communicate with you throughout your home improvement process. We never take short-cuts. You receive free estimates with no pressure salesmanship. Your job is done right the first time by our service and installation teams. You can deal direct with the owner. We will exceed your expectations.  …

Marty was recommended from other builders in the area. He had a great reputation and I needed an outfit that would take care of a remediation issue properly and timely. Flat roof design and insulation is very specific especially on non-vented roofs. All ceiling cavities must be completely filled with insulation so there is no airflow or possibility of vapor condensation. On our new built home 3 years ago, the top floor ceiling space was not filled completely due to poor management of the builder, Blossom Homes and the sub insulator , Alpha Insulation. Condensation and smell started the first spring and thru many attempts to find and eradicate the problem. finally the decision had to be made to tear the entire ceiling and insulation out and remediate and reconstruct the entire 780 sf ceiling. The builder declared bankruptcy, and the original Insulator refused to aid in any way. Marty was called in to help with the project and he knew exactly what the issues were, and how to solve them. His crew was clean, timely, respectful of the rest of the house and the jobsite. We replaced the batten insulation with blown-in dense pack cellulose over a "smart" vapor barrier Intello system. Marty's organization was proficient in knowledge and a history of using this newer material. The job turned out fantastic! I would recommend Berry insulation and one you can trust to deliver what is promised.

I made two appointments to review the work and quote a price and no one showed for either appointment. Customer rep stated that they called and left messages to reschedule. No messages were received. They could be a quality company but need to improve on their pre-sales processes.

Excellent and professional service in reviewing the job, showing, including pics, of area and repairs needed in detail, timely quotes in details. Appraiser and Workers were timely, professional & knowledgeable. Provided detail review, including pics, of the work done (before & after). Work area & path to work ara protected with tarps / coverings and cleaned-up all areas.

Description of Work
A smaller project to insulate an 'attic' space after some roof damages was repaired.

It was a three day job - insulated attic, interior & exterior walls, air sealing. When I called Mr. Berry, he came out to the property and provided a estimate the following day. The work seemed to go smoothly but they didn't secure some siding properly and it took some emails and a month to get them to come out and correct the issue. My biggest issue is that insulation got into my duct work and I had to get a company out to clean my whole duct work system costing $500. I emailed Mr. Berry and he said he would reimburse me for that and 6 months later I'm still waiting for that! One of our bedrooms and our hallway has a high pitched noise on the return air flow - this wasn't there before the job and there is no way it should be so noisy. They do provide a quote very quickly but their after care and attention to detail is lacking. After spending $5000 we are disappointed with the overall result.

They were very thorough, very nice and very good. I had Dominion East out. I have no insulation in my walls. So that will be my walls, that will be between the floors, second floor and the third floor and the basement, between the foundation and the house. I was hoping that would include my walls and my ceiling too on the third floor. I'm getting two other estimates. But, he was very good, very thorough and did a great job. I had no problems, he did a wonderful job. He explained things and was very thorough. He was on time. He just really knew what he was talking about.

Description of Work
I had them out for an estimation for insulation.

Taking advantage of Dominion's home energy audit/rebate program through their contractor, Good Cents, we had an audit done in July and received estimates from 3 different companies. We were prepared to go with Kilroy, but they kept pushing the date back so when Berry followed up and offered to price-match, we chose to proceed with them instead. They began the job on 11/9, insulating half of the sidewalls. They returned on 11/10 and because it was raining that day, they stayed for only 3 hours and insulated the attic slopes, inserting plenty of baffles for air circulation, and also sealed the band joists and around the chimney in the basement. They promised to return on 11/11, but called that morning to say they wanted to change this to 11/13. Like most households with working people, our schedules were already in a state of chaos to accommodate them, so we were unhappy with this last minute change and asked them to come that day as planned. They sent out a different crew who finished the other half of the sidewalls, then came indoors, set up the blower door and caulked around windows. The attic hatch was to be weather-stripped and they were unsure of how to do this, and ended up simply applying a thin piece of gummy adhesive (which is already falling off) that we could have easily done ourselves. This item was an extra $30 and is not subject to rebate. There was a big draft in the closet next to the chimney and their opinion was that a hole would need to be cut in the attic floor in order to seal the chimney chase. That sounded extreme so we asked for someone else's opinion on that and in the end a piece of drywall was installed in the closet ceiling which was a very good solution. This and other work was completed by Kevin who had given the original estimate. We communicated mostly by email and although he was unresponsive for 8 days around Thanksgiving, he did return on 11/20 and 12/3 to install weather-stripping on two doors, to seal the furnace and ducts with mastic, and to seal around the attic exhaust fan and chimney at the attic floor with expanding foam. He also repaired a hole in another closet where the sidewall crew had drilled through the wall, and repositioned a row of siding which had slid out of place after not being properly hooked to its nails. We later had to pick about a dozen circular pieces of wood out of the landscaping and also scrape expanding foam off the siding. With an original time estimate of "hopefully two days", the resulting five days seemed excessive. Our credit card was charged on 11/24, well before the job was actually completed. The personnel were professional and friendly, and conscientious about wearing booties in the house, as well as laying down plastic for the hallway carpet while working in the attic. But overall we felt that this company did not really seem to have their act together and that if we weren't diligent, the job would not have been done properly, if finished at all. We assume that everything was done correctly in the end, but Good Cents has not yet returned for their final testing. In fact, they informed us that their 2015 rebate funds are now depleted so we are on a waiting list for next year. It's hard not to wonder if we would now be getting our rebate if the job hadn't taken almost a month to complete.

They came when they said they would and quickly went to work. Workers were friendly and professional. They cleaned up when they were done. All in all it went very nicely. I would recommend them for similar work.

All went well! They finished my whole house in two days. The workers were there on time each day and were professional. They answered any questions I had. They did a great job of putting my siding back with minimal damage to my paint, and also did a great job cleaning up when they were done. I also thought their quote was very reasonable compared to another company I got a quote from. The owner sent me a hand written note thanking me for the business, which I thought was a nice touch. I received an audit on their work through an energy efficient program I went through and they verified that the work was well done. I would recommend!

They were prompt every morning, even called to confirm each morning that they were close to arriving. Very nice workers. They put a ton of insulation in and even gave me a document verifying how much insulation they put in. My house was losing 110% of it's air thru out the day, this was tested by Good Cents. During my test out they determined that my air sealing leakage was reduced by 56%. They said this was a good number but I am still losing over the recommended value so I was a little disappointed in that (which is why I gave quality a rating of B). I was told I needed updated soffits and additional soffits, I know they put new soffits in but couldn't tell if they actually added additional ones. I am glad I am getting a rebate from Good Cents for the work that was one, if I wasn't I would have been disappointed in the amount paid overall.

Kevin was phenomenal! I can't say enough good about him. He is professional, prompt and very detailed. He was committed to getting the job done.

Description of Work
They removed the existing blown in cellulose insulation so my electrician could access the wiring.