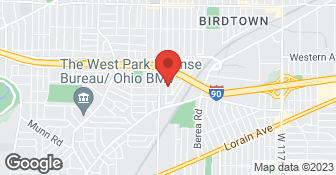 Welcome to All weather Builders and Remodeling LLC, a professional home builder and general contractor for all residential and commercial jobs. We service Cleveland and the surrounding Northeast Ohio area. No matter the size of your project, All Weather Builders and Remodeling LLC in Cleveland, Ohio is the perfect accomplished home builder and remodeler for your budget and schedule

Pedro Fuentes and Ballentine Martinez , his brother-in-law, did an enormous amount of work. My basement had 50 years of old tools, junk, and misc. items that had no value. They took away five large cabinets, tools and junk to the dump three times. In the carpeted and paneled recreation room, they removed the paneling and painted Drylok. Pedro fixed a hole in the finished ceiling made by a plumber when installng a copper pipe for the outside. Then Pedro installed woodwork he had made and made a cover for exposed pipes. The ceiling with beams, the woodwork, and paneling were all painted twice. There was a hole in the paneling for future electrical and Pedro put a plate over it. Pedro also replaced one of the outlets. For the rest of the basement, Pedro took off the pealing paint and efforvesence. He filled in the cracks in the walls and floor. He then washed the walls with a Drylok substance. Then he added a Drylok sealer bewteen the walls and floor. He and Ballentine painted the walls with Drylok twice and painted the floor twice with an epoxy paint. While this sounds simple and straight forward, it was anything but. All the shelves and items stored, the washer and dryer, and two cabinets had to be moved twice so that the floor could be painted. What a job! Ballentine sanded the cedar closet attached to the front porch. He then sanded the ceiling which was the original from 1921. Pedro painted the ceiling with primer. Then the ceiling, walls and woodwork were painted. Next, the floor was painted. The front metal door was painted inside and out. Pedro went on the roof to investigate why I was getting leaks on the porch roof. Pedro found a gap and filled it in. Ballentine painted the old registers from the dining and living rooms. They painted the back metal door inside and out. They fixed the crack between the back door and storm door and painted the space. Pedro removed and filled in caulk in my garden window and the bathroom vanity. Their work is superior! They are responsible, trustworthy, and so talented. You will not be disappointed.

Angie's list Super Service Award winner yearly!! Owner-operated with the owner on each job at all times (+) 3 full-time employees - Excellent response time and attention to detail with every job. Insurance credentials available upon request - No subs - Free estimates and no travel charges!  …

Here at Old Brooklyn Brush Bros, we like to do things a little different than the big name painters. We care for your home like it’s our own. That’s why every day we leave it cleaner than we found it. It’s why we never skip the proper preparations and every drop of paint is applied with a sense of detail. And most importantly, it’s why we never prioritize the next project over your own. Call or text for a same day free quote, and experience the Brush Bros difference!  …

Locally owned & operated. Specializing in Painting & Pressure Washing! We have the experience and dedication to bring your dreams to reality! We guarantee your satisfaction, and we won’t leave until the job is done right. Our team has quality experience in this industry, and we make sure our customers are happy before we leave. Call or click to schedule an estimate today!  …

How is All Weather Builders & Remodeling LLC overall rated?

All Weather Builders & Remodeling LLC is currently rated 5 overall out of 5.

What days are All Weather Builders & Remodeling LLC open?

What payment options does All Weather Builders & Remodeling LLC provide

No, All Weather Builders & Remodeling LLC does not offer eco-friendly accreditations.

Does All Weather Builders & Remodeling LLC offer a senior discount?

No, All Weather Builders & Remodeling LLC does not offer a senior discount.

Are warranties offered by All Weather Builders & Remodeling LLC?

What services does All Weather Builders & Remodeling LLC offer?