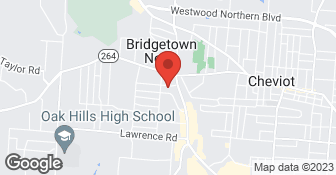 He came out and took dryer apart said we needed a new belt which we agreed to also said he would replace the sensor. When he finished he told my husband the dryer was working and the sensor was replaced and the light was off. My husband paid him with a $170.00 check. Which he cashed. About three days later I loaded the dryer and started it and after about 5 minutes into the drying the sensor light came on and has continued to come on every load since. We called him back and he said he would be back to check and never showed up. We tried to leave messages but never heard back. Today I got a call from him asking if I had requested a repair service. It seemed as though he thought I was a new client wanting a new repair service. When I told him who I was and that I needed him to repair our dryer from his last call with us or refund our money his reply was he was unhappy with us because we had given him a bad review and he didn't think he wanted to work with us. Which we hadn't given any review at that point. We were still waiting to hear from him. There was a lot of back and forth and he finally said he didn't feel like he wanted to fix the problem even though he said his work was good for 30 days. He didn't want to work with me because I told him he was being dishonest by not repairing the problem that we called him for in the first place and paid him for. It got a little heated after that and we unfortunately still have a broken dryer and are out $170.00. My feeling is he never had any intention of getting in touch with us and fixing the problem. This has been going on since March 16, 2019. Will mark this company down in my book as never use again and tell as many people as I can not to risk their money or time with this company.

Description of Work
Dryer sensor light would not go off.

Call us today for all your handyman needs!  …

With a commitment to excellent customer service and quality workmanship, we are proud to be the one-call solution for customers in need of a variety of handyman services. From maintenance and repairs to Residential projects, Stecks A+ can do it all! You can always count on us to arrive on time, in uniform, and equipped with the tools needed to get to work. All of our technicians are skilled craftsmen backed by an average of 5+ years of experience in their trade. Whether you need a home improvement expert or improvement professional, we are right for the job. Stecks A+ is known for the quality of our workmanship and our professional reliability. You can be confident we will get the job done efficiently and effectively!  …

How is DL Appliance overall rated?

DL Appliance is currently rated 1 overall out of 5.

No, DL Appliance does not offer eco-friendly accreditations.