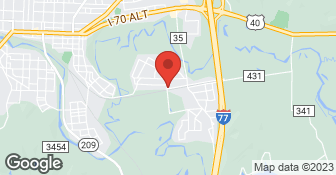 The younger gentleman was quite frustrated when he called to let me know my dog was ready and when I picked up my dog 🐶 up he was very rude! Advised me to sedate my dog that he is the “worst dog” he’s ever had! Well Mr...he does have some anxiety, but the poor guys was never given water when he was there over 2 hours and as soon as we gave him some water he quit whining and barking! I don’t feel it was necessary to advise me my dog was the “worst” you’ve had! First and last trip there (not that they would care anyway) just hope they didn’t mistreat the poor guy!

Our Golden Retriever came out beautifully, smelling sweet with bows on her ears. The bows were a bit of a surprise and rather difficult to remove, though.

My dog was not pleased with his previous groomer so we found Dirty Dog Pet Salon in the yellow pages. They are very friendly and reasonably priced. He really likes the attention the ladies give him and they dress him up with a cloth tie when he's finished. He seems very happy and the shampoo doesn't irritate his skin like some others have. The location is a little difficult to find at first, but once you've been there you shouldn't have any trouble.