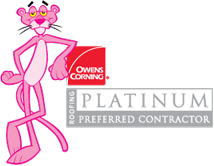 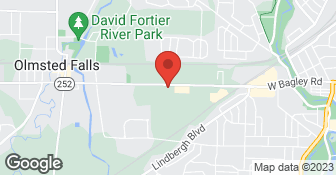 Here at Colony Roofing Inc, we sustain our business on quality and integrity. With over 53 years of experience we are experts in the Roofing trade and are committed to quality from the beginning to the end of your project. We are family owned and operated and established our business in 1967 and guarantee your satisfaction. We won't leave until your job is done right. We pride ourselves on the quality work we provide, while delivering great customer service! Contact us today for a free estimate! We look forward to earning your business. ...

Outstanding. There was no pressure during the writing of an estimate. They showed up at a reasonable hour to work on the day that they said they would. The men kept me informed about the progress and explained why the plywood needed replacement. Even with the replacement the final bill was well within the estimate that they gave me. They did a real fine job cleaning up after the work was completed and it seemed to be real fine team work because I didn't see anyone slacking or hear any complaining. The workers were approachable and answered all my questions. I had used them in the past for some roof repairs with similar good results so I knew to call them when it came time for replacement. I would certainly recommend them to anyone who needs roof work!

The service was great, and the worker did a good job. They were above and beyond. If I need service around the house, I just call Paul. Everything was clean and everything went well.

Description of Work
They install a new roof, corrected all the vents around the roof, and fixed the chimney.

Colony Roofing has done an incredible job on my roof, siding and gutters. I am completely blown away how easy the process was from start to finish. When I received my estimate the sales tech (shout out to Paul) was extremely honest and tried to ensure there were no “surprise” costs that we all dread! They showed up on time and left my place cleaner than it was before they arrived. They were able to find the right solution for my flat roof too! A locally owned and operated family business! That’s who I want to deal with during these times. I will be a life-long customer and they will be doing my windows next. It’s hard to find places like this nowadays.

The team at Colony was exceptional! I would highly recommend this family owned business. We had our roof replaced and the process from start to finish was a pleasure. I have referred Colony Roofing to all my friends and family.

Top notch job from start to finish. Professional crew and company who puts the client first. Quality work and the job was completed timely. I would highly recommend Colony Roofing and have recommended them to family and friends.

Everything went so smoothly from start to finish with work being completed on time and on budget! Everyone was so professional and nice! I just couldn’t be happier with the way our home looks! It is just FABULOUS!

We hired Colony Roofing to fix our siding from the Q1 2019 wind storm. They also fixed our eaves which were also damaged by raccoons. The repairs look great. Highly recommend.

Very satisfied with the workmanship on both projects. Entire garden areas and yard were cleaned up as well.

They had a two day window between spring rains and used their time very smartly. We had gutter guards and heating cables that they took down and replaced when the new roof was up, at no extra cost to us. They did an outstanding job cleaning up after the job and the roof looks beautiful and durable. The crew was very polite and respectful to our needs.

Description of Work
We had a wind storm and three sections of the roof were blown away. I called Colony Roofing and they were out the next morning to tarp the areas. After a call to the insurance company, I contacted Colony, their estimator was very professional. I thought the price was very fair, even though insurance did not cover the whole cost of replacing the roof, the price quoted to us was resonable.

I have two reviews to offer. First, we had Colony come out to do a roof repair (bricks from the chimney fell and left a hole in the roof). The crew that came to do the repair were punctual, pleasant, efficient, and cleaned up well. They explained everything they had done, including a couple unexpected steps that came up during the repair. The repair has so far been successful (no leaks so far!). Repair crew gets an A+. Second, we had Colony provide an estimate for a new roof. The roof is a good size, with several different surfaces and a steeper pitch. It also includes 6 skylights that we were interested in having replaced. The sales rep that came out was not the best. My husband was home at the time of the estimate and the sales rep tried very hard to talk us out of completing the replacement. He couldn't seem to understand why we wanted a new roof, given that we had just moved in to the house. The reason we were looking at a new roof is because our home inspection revealed the roof had 1-2 years of life left, at best. Anyone with eyes could see that. Yet, the sales rep tried his hardest to talk us out of it. Why? I have no idea. Anyhow, we received the estimate and it was actually the lowest of the estimates we obtained. Still, my husband's experience with the rep left a bad taste in his mouth, but we were willing to look past that. A few days later, I called the company to inquire as to whether they offered any financing options through their company. They connected me to the same sales rep. I posed my question ("Does Colony offer any financing options?"), to which he responded in a very sarcastic and unpleasant tone, "Yeah, check or credit card." Those aren't financing options, those are payment options. I already knew they accepted check and credit cards. However, I don't think most people have the ability to pay for an entire roof with a credit card, nor do all people have the option of paying cash (check). It was a simple, and I would assume, fairly common question in their line of work. The snide comment and rude tone were totally uncalled for. Given my and my husband's two unpleasant experiences with this individual, we opted NOT to use Colony. They lost a $13,000 sale because of a sales rep with NO people skills whatsoever. This part of our experience with Colony gets an F rating.

Description of Work
Roof repair, and estimate for new roof